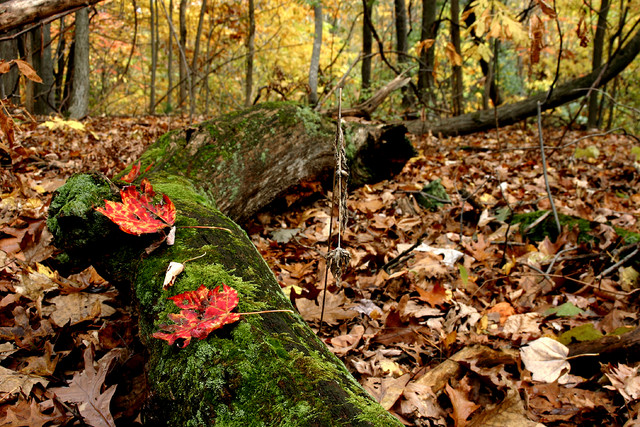 Fallen autumn leaves transfer as much, if not more, hazardous mercury from the atmosphere to the environment as does precipitation each year, according to recent U.S. Geological Survey research.

Mercury is an environmental contaminant that accumulates in fish and food webs and poses a health risk to humans and wildlife. Precipitation is a major avenue by which mercury is transferred from the atmosphere into the environment, but new studies by the USGS and partners show that litterfall—the leaves and needles that drop to the forest floor each year—delivers at least as much mercury to eastern U.S. ecosystems as precipitation, and precipitation has been increasing in the Great Lakes region. 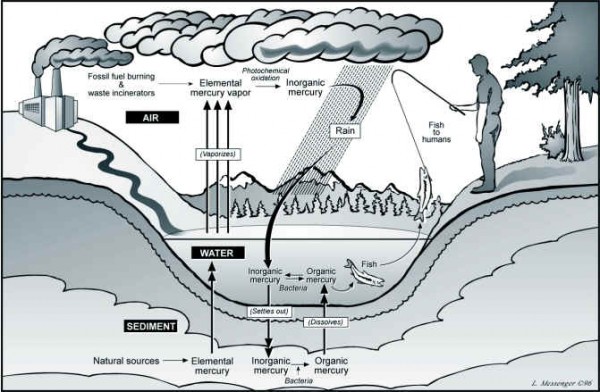 USGS scientists researched mercury levels in litterfall from forests over a three-year period in 15 eastern U.S. states. When they compared the results to those from a separate study of mercury in precipitation within the Great Lakes region, they found similar geographic patterns for mercury in litterfall and mercury in precipitation: Both types of mercury deposition were generally high in the same areas and low in the same areas.

The similar geographic patterns indicate that the same mercury emissions sources affecting mercury levels in precipitation in an area also may affect mercury levels in forests and litterfall in that same area. 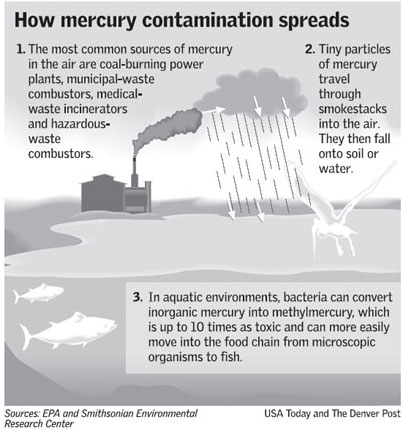