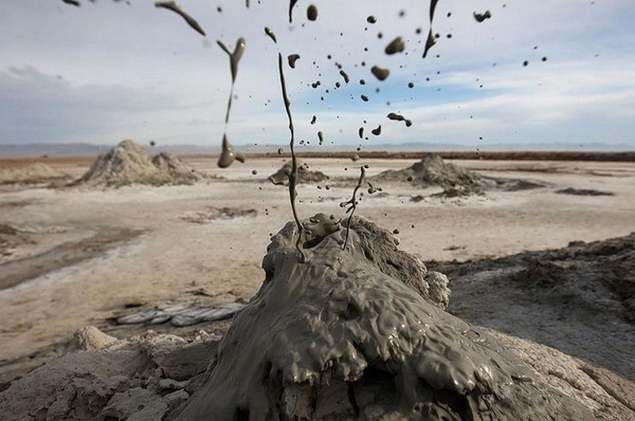 A new mud volcano was discovered on the Cheleken peninsula in Turkmenistan, the Neytralniy Turkmenistan newspaper reported with reference to local scientists Anatoly Bushmakin and Aman Nigarov. Mud volcanoes are not uncommon in Turkmenistan.

The presence of a large high-pressure underground natural gas reserves is a prerequisite for the mud eruption. Almost half of all mud volcanoes in the world are located in the area of the South Caspian Basin and about thirty of them – in western Turkmenistan.

Geologists pay a special attention to the Cheleken peninsula. It records a lot of tectonic fractures. A powerful eruption of mud volcanoes was observed there in the past. The Cheleken Alakel is the largest volcano in western Turkmenistan. The separate blocks of rock ejected from the crater of the volcano from great depths hit 2-3 meters in diameter.

The frozen mudflow is observed at a distance of 1.5 kilometers from the volcano. Oil is extracted from the depth of over 2,000 meters in the Alakel volcano area.

The scientists point out that a new active mud volcano has recently formed at the foot of the volcano. It is a small, regularly shaped cone, composed of clay material with a small admixture of rock fragments, sometimes with a film of oil on the surface. The volcano is active. It reached a height of 7 meters by mid 2011. New portions of gas and dust erupt every few seconds, periodically. The cone stands grayish-green on the yellow-brown background of the Neogene rocks.

According to scientists Anatoly Bushmakin and Aman Nigarov, the appearance of new active mud volcanoes can mean the beginning of “awakening” of the ancient volcano Alakel. (Trend) 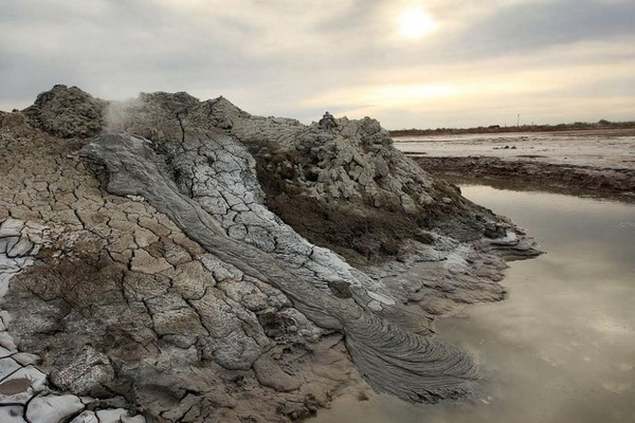 The term mud volcano or mud dome are used to refer to formations created by geo-excreted liquids and gases, although there are several different processes which may cause such activity. Hot water mixes with mud and surface deposits. Mud volcanoes are associated with subduction zones and about 700 have been identified. Temperatures are much cooler in these processes than found at igneous volcanoes. The largest mud volcano structures are 10 kilometres (6.2 mi) in diameter and reach 700 metres (2,300 ft) in height.

About 86% of the gas released from these structures is methane, with much less carbon dioxide and nitrogen emitted. Ejected materials are often a slurry of fine solids suspended in liquids which may include water, which is frequently acidic or salty, and hydrocarbon fluids. Possible mud volcanoes have been identified on Mars.

A mud volcano may be the result of a piercement structure created by a pressurized mud diapir which breaches the Earth’s surface or ocean bottom. Their temperatures may be as low as the freezing point of the ejected materials, particularly when venting is associated with the creation of hydrocarbon clathrate hydrate deposits. Mud volcanoes are often associated with petroleum deposits and tectonic subduction zones and orogenic belts; hydrocarbon gases are often erupted. They are also often associated with lava volcanoes; in the case of such close proximity, mud volcanoes emit incombustible gases including helium, whereas lone mud volcanoes are more likely to emit methane.

Approximately 1,100 mud volcanoes have been identified on land and in shallow water. It has been estimated that well over 10,000 may exist on continental slopes and abyssal plains. 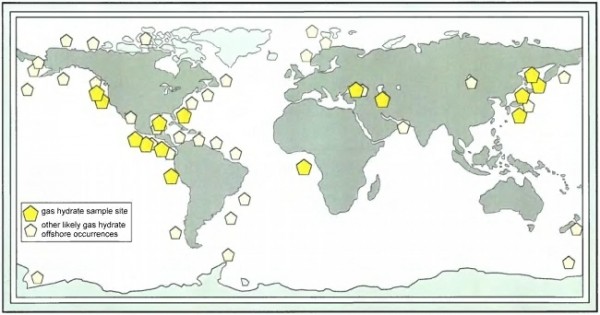 Many mud volcanoes exist on the shores of the Black Sea and Caspian Sea. Tectonic forces and large sedimentary deposits around the latter have created several fields of mud volcanoes, many of them emitting methane and other hydrocarbons. Features over 200 metres (656 ft) high exist in Azerbaijan, with large eruptions sometimes producing flames of similar scale (see below). Iran and Pakistan also possess mud volcanoes in the Makran range of mountains in the south of the two countries. In fact, the world’s largest and highest volcano is located in Balochistan, Pakistan. (Wikipedia) 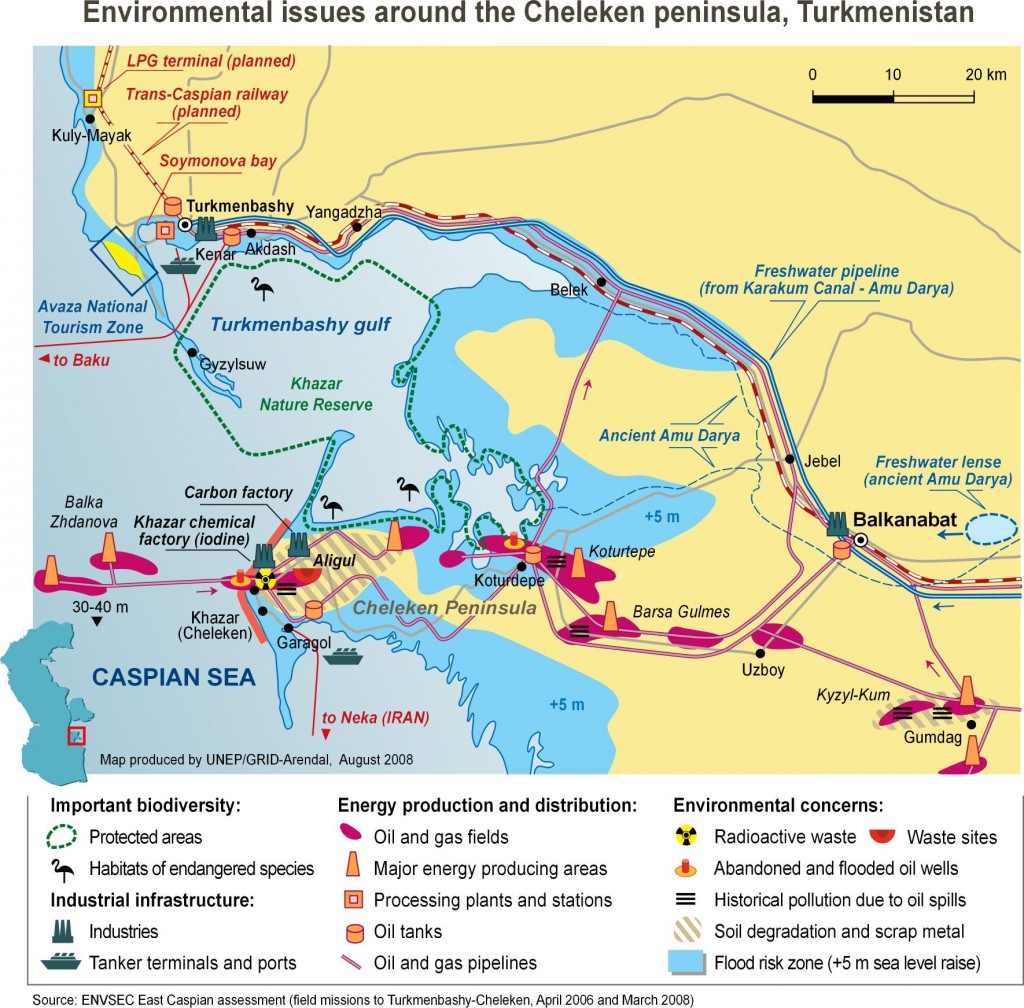 The Central Asian states of Turkmenistan and Uzbekistan lie on the Turan plate, which is confined to the west by the Caspian Sea Basin and to the east and southeast by the Tien Shan and Pamir ranges. The Turan plate is a broad platform of low relief (70-200 a.s.l.) that is crossed by the Amu Darya and Syr Darya rivers. These rivers have carried meltwaters from the Tien Shan to the Caspian Sea for at least 5 millions years and to the Aral Sea for 150’000 years.

The Kopet Dag range is a 700 km-long structure that stretches from the Caspian Sea along the Turkmenistan – Iran border to Afghanistan. In the Turkmen part of the Kopet Dag, the Jurassic – Quaternary rocks are folded and thrust-faulted. The Ashgabat fault, which constitutes the boundary between the Kopet Dag range and the Karakum desert to the north-east is the result of the Iran-Turan active convergence. The orientation of the structures in the Kopet Dag has been controlled by the angular relationship between the the relative motion of these two blocks and the orientation of their boundaries. (CGMME) 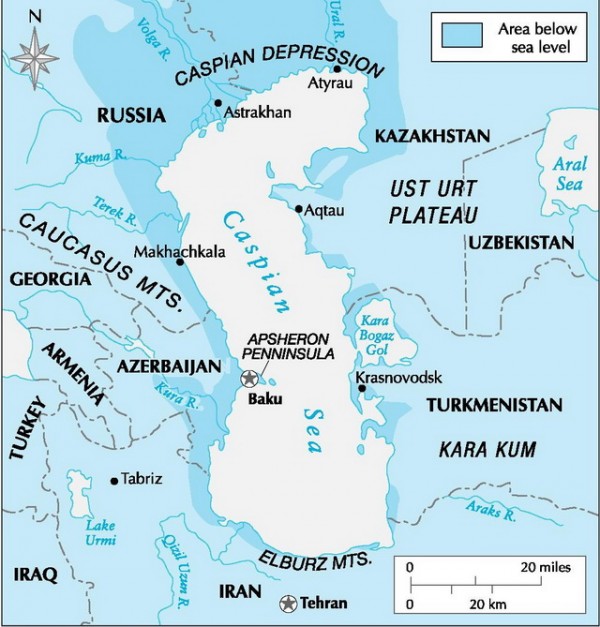