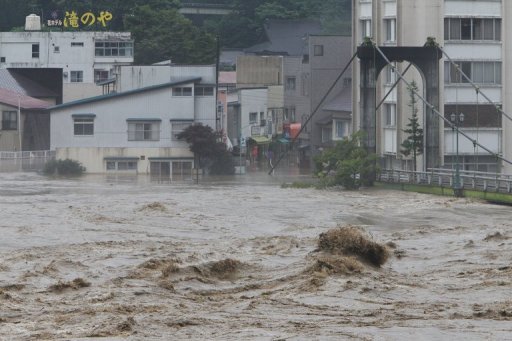 Floods claimed their first victim in Japan and nearly 300,000 people were urged to flee their homes Saturday as a weather system that killed dozens on the Korean peninsula swept the country. 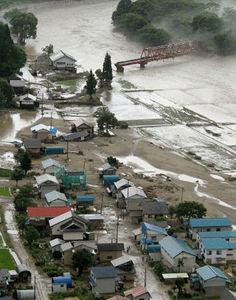 Sanjo City in Niigata, about 200 kilometres north of Tokyo, advised all 104,000 residents to go to flood evacuation centres, Jiji Press news agency said. Rain had topped half a metre at several points since Wednesday. In the prefectural capital Niigata, about 72,000 people were asked to evacuate. In neighbouring Fukushima prefecture, the town of Tadami advised all its residents, about 4900 people, to evacuate.

Police in Niigata said three members of a family in Tokamachi city had been swept away in a river. Two were recovered safely but the third, a 93-year-old woman, was missing, the agency said. Two men were missing in other parts of Niigata prefecture.

Officials had requested the Self-Defense Force dispatch troops to join the search for missing people and help those stranded by mudslides and floods. More than 70,000 buildings in Niigata and Fukushima prefectures suffered blackouts, Kyodo reported, and many houses were flooded.

The weather agency has warned quake-hit regions are more prone to mudslides as the tremors had worsened ground conditions. 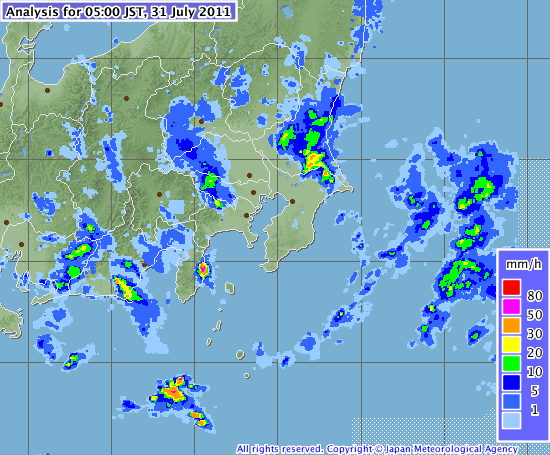 Many spots logged record-high rainfalls, causing floods and landslides and stranding small communities. By afternoon when the storm passed its peak, the Japan Meteorological Agency said the total downpour had exceeded the deluge that hit the two prefectures in July 2004, leaving 16 people dead and 83 injured. Total rainfall over a 72-hour period until noon Saturday reached 623 millimeters in Kamo in Niigata on the Sea of Japan coast, and 700 mm in Tadami in Fukushima, east of Niigata, according to the agency. Both figures were more than double the average monthly precipitation for those locations for July. (Kyodo) 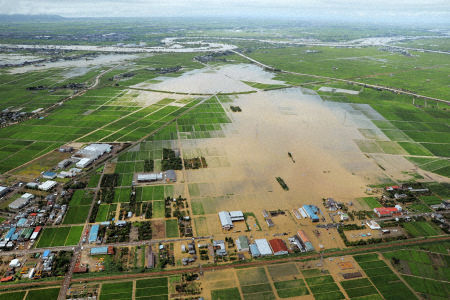 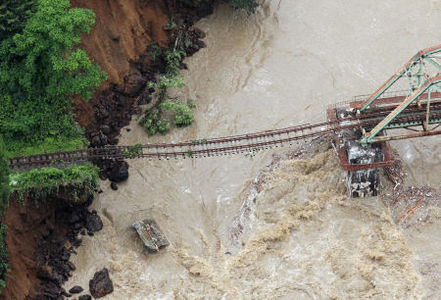