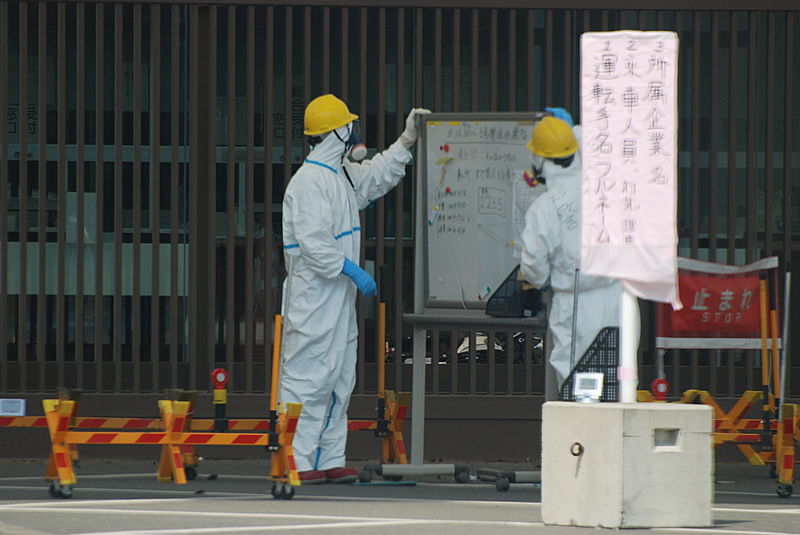 The operator of Japan’s tsunami-hit nuclear plant says tons of highly radioactive water appears to have leaked into the ocean from a purification unit.

The leak comes as Tokyo Electric Power Co. struggles to keep the melted reactors cool and contain radiation and raises concerns about its ability to keep the plant stable.

Similar leaks have occurred several times since last year, and officials say they do not pose an immediate health threat.

Workers spotted the leak early Thursday coming from a section of hose on a device used to decontaminate cooling water leaking from reactors. The company said it appeared to have stopped the leak.

The government declared in December the plant had achieved stability and radiation leaks have significantly decreased.

RSOE-EDIS reported last Wednesday, March 28, that the water level in the containment vessel of the No. 2 reactor at the Fukushima No. 1 nuclear power plant is only about 60 centimeters deep, far shallower than previously assumed levels of about four meters, according to Tokyo Electric Power Co. The lower-than-expected water level was discovered for the first time when the power utility used an industrial endoscope to check the crippled reactor’s interior on Monday, TEPCO said.

According to some experts, it is possible that nuclear fuel that melted through the reactor’s pressure vessel and accumulated on the bottom of the containment vessel in the aftermath of the March 11 earthquake and tsunami may not be completely covered in the water. TEPCO said the water temperature in the vessel remained relatively low within a range of 48.5 C to 50 C. The discovery of the unexpectedly shallow water level will not affect TEPCO’s judgment that the reactor is in a state of “cold shutdown.”

Particles from melted fuel have probably sent radiation levels up to a dangerously high 70 sieverts per hour inside the container, said Junichi Matsumoto, spokesman for Tokyo Electric Power Co. The figure far exceeds the highest level previously detected, 10 sieverts per hour, which was detected around an exhaust duct shared by No. 1 and 2 units last year.

“It’s extremely high,” he said, adding that an endoscope would last only 14 hours in those conditions. “We have to develop equipment that can tolerate high radiation” when locating and removing melted fuel during the decommissioning.

The probe also found that the containment vessel — a beaker-shaped container enclosing the core — had cooling water up to only 60 centimeters (2 feet) from the bottom, far below the 10 meters (yards) estimated when the government declared the plant stable in December. The plant is continuing to pump water into the reactor. Video footage taken by the probe showed the water inside was clear but contained dark yellow sediments, believed to be fragments of rust, paint that had been peeled off or dust.

A probe done in January failed to find the water surface and provided only images showing steam, unidentified parts and rusty metal surfaces scarred by exposure to radiation, heat and humidity. Finding the water level was important to help locate damaged areas where radioactive water is escaping.

Matsumoto said that the actual water level inside the chamber was way off the estimate, which had used data that turned out to be unreliable. But the results don’t affect the plant’s “cold shutdown status” because the water temperature was about 50 degrees Celsius (122 Fahrenheit), indicating the melted fuel is cooled.

Three Dai-ichi reactors had meltdowns, but the No. 2 reactor is the only one that has been examined because radiation levels inside the reactor building are relatively low and its container is designed with a convenient slot to send in the endoscope. The exact conditions of the other two reactors, where hydrogen explosions damaged their buildings, are still unknown. Simulations have indicated that more fuel inside No. 1 has breached the core than the other two, but radiation at No. 3 remains the highest.

The high radiation levels inside the No. 2 reactor’s chamber mean it’s inaccessible to the workers, but parts of the reactor building are accessible for a few minutes at a time — with the workers wearing full protection. Last year’s massive earthquake and a tsunami set off the worst nuclear accident since Chernobyl, sending three reactor cores to melt and causing massive radiation leaks. The government said in December that the reactors are safely cooled and the plant has stabilized, while experts have questioned its vulnerability.

During a recent visit by a group of journalists including The Associated Press, the head of the plant said it remains vulnerable to strong aftershocks and tsunami, and that containing contaminated water and radiation is a challenge. Radioactive water had leaked into the ocean several times already.

Workers found a fresh leak of 120 tons from a water treatment unit this week from one of its hoses, with estimated 80 liters (20 gallons) escaping into the ocean, Matsumoto said. Officials are still investigating its impact.

Fukushima’s accident has instilled public distrust and concerns about nuclear safety, making it difficult for the government to start up reactors even after regular safety checks.

All but one of Japan’s 54 reactors are now offline, with the last one scheduled to stop in early May.