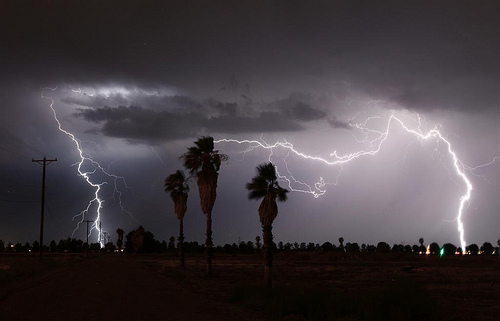 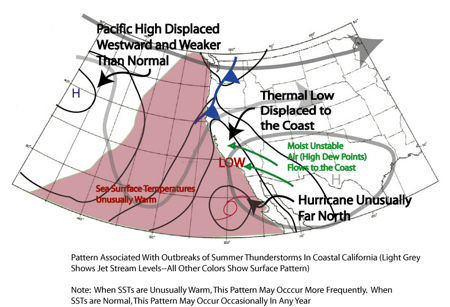 Showers and drenching thunderstorms from monsoonal moisture are not rare this time of year over the Southwest and Four Corners region as has been proven the past few weeks. Some cities, such as Clovis, N.M., and Douglas, Ariz., have experienced 80 to 100% of their normal rainfall for the first 22 days of July. More is on the way and many areas should end up near or just above normal for the month.

The moisture influx from Dora and the combined southeast flow aloft will act to intensify both the rain and the coverage of the showers and storms on Sunday through early next week. Thunderstorms will generally develop first in the higher elevations with the heating of the day. Storms will move very little over time thanks to weak flow aloft. 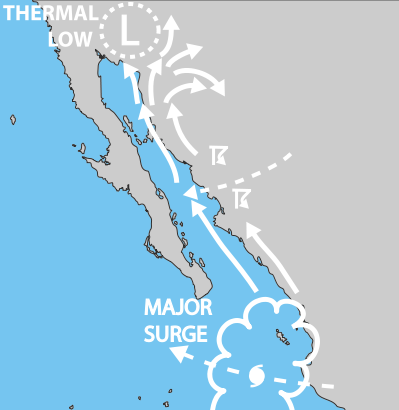 Because of this, increased incidents of flash flooding and strong winds from a few thunderstorms are likely. The strong winds, often crashing to the Earth’s surface as a “downburst,” can send a wall of dry sand and dust out in all directions in a phenomena known as a haboob. Several large haboobs have already been observed so far this summer, most noticeably in Phoenix on July 5th.

The increased flow of moisture will be welcome by those still fighting massive wildfires across the dry landscape. Though too much rain can be more troublesome as some of the thunderstorms can produce rainfall rates of 1/2 to 1 inch per hour.

Flash flood watches are in effect for the higher elevations and foothills throughout New Mexico and similar watches and warnings are expected the next few days. (AccuWeather)