The U.S. Geological Survey is reporting that another strong earthquake has jolted northeastern Japan, the same region devastated by March's massive quake and tsunami. There are no immediate reports of injuries or damage, and no tsunami warning is in effect. 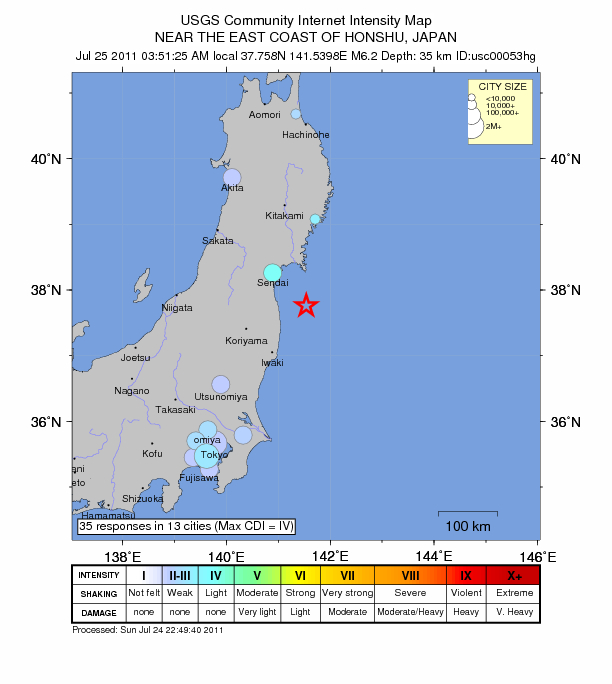 On Saturday afternoon, a magnitude-6.4 quake struck in the same area off the east coast of Honshu.

About 23,000 people died or were left missing across wide swaths of Japan's northeast coastline after the March 11 earthquake and tsunami. Another 80,000 have been forced to evacuate their homes because of the radiation threat from the Fukushima Dai-ichi nuclear plant. 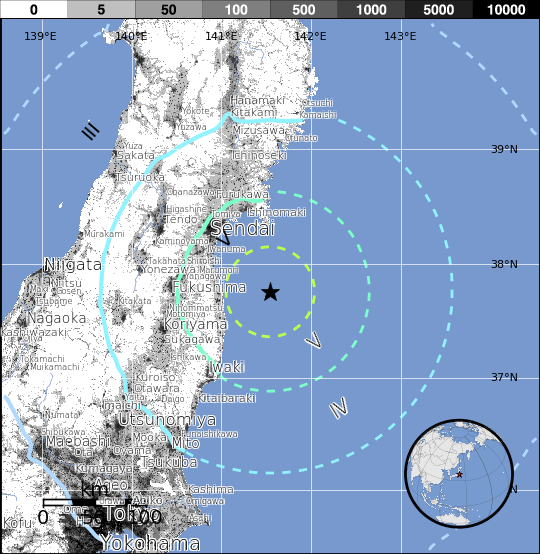