According to USGS a 6.4 magnitude earthquake hits 112 km (69 miles) SE of Morioka and 125 km (77 miles) NE of Sendai, Honshu, Japan at depth of 38.6km at 04:34:24 UTC.  Japan’s Meteorological Agency says a strong earthquake with a preliminary magnitude of 6.5 has jolted north-eastern Japan, the same region devastated by March’s massive quake and tsunami. There were no immediate reports of injuries or damage from the afternoon quake, and no tsunami warning was issued.

The quake was centered 38.6 kilometers below the sea bed in the Pacific Ocean off the coast of Miyagi prefecture — in the same area where more than 22,000 people were killed or went missing after the March 11 quake and tsunami. 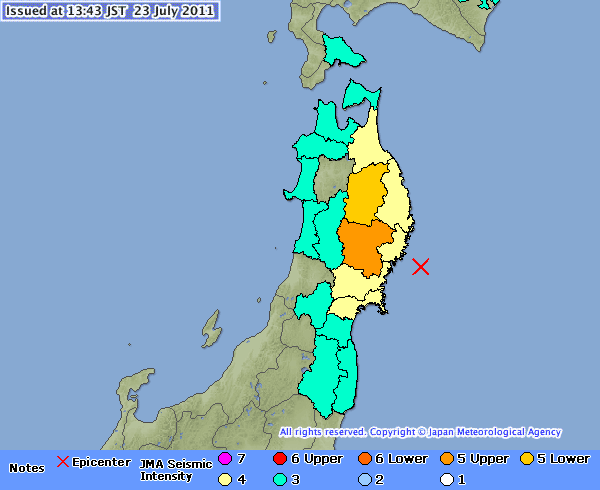