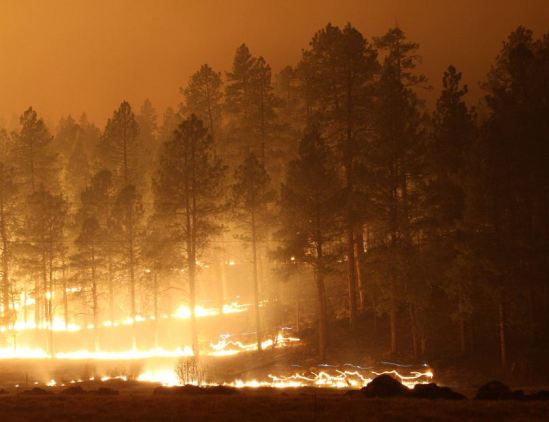 Firefighters across the southwestern United States are facing some of the worst weather conditions of the season.

The National Weather Service has issued a red flag warning for most of Arizona, all of New Mexico, much of north Texas and portions of Oklahoma, Colorado, Kansas and Utah for Sunday. A red flag warning means weather conditions — mainly high heat, low humidity and strong winds — pose an extreme fire risk. The winds certainly will be very gusty and strong and any new fire starts would have the potential to have explosive growth.  The forecast calls for winds of 30 mph or more in some areas, with gusts of up to 50 mph. 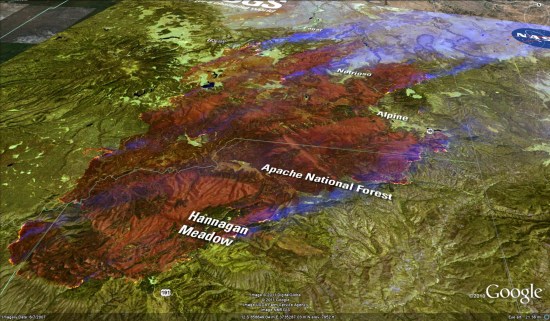 There are currently dozens of active wildfires burning in Arizona, New Mexico and Texas, according to InciWeb, an online interagency database that tracks fires, floods and other disasters. Nationwide, wildfires have burned almost as many acres in the first half of 2011 as were recorded by the National Interagency Fire Center for all of 2010. The agency reports on its website that 3.1 million acres in the United States had been ignited by wildfires as of May 31, compared to 3.2 million burned acres cited in the organization’s year-end report in November 2010. 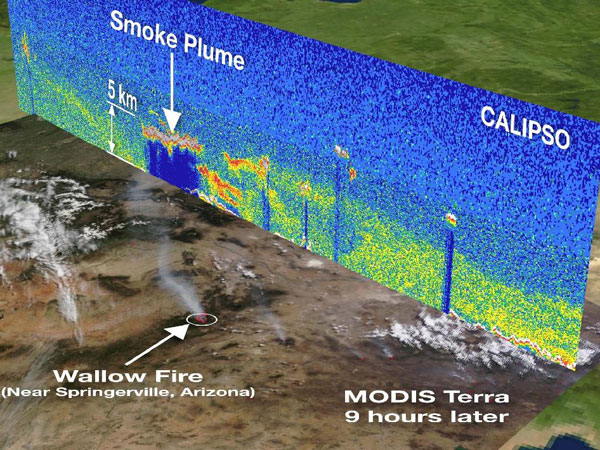 One Arizona blaze that started May 29 has mushroomed into a historically large wildfire. Known as the Wallow Fire, it has burned 511,118 acres and was 44% contained as of Sunday.

"The conditions that we're dealing with here are as bad as we can get," said Tom Tidwell, head of the U.S. Forest Service, of the combination of high temperatures, low humidity, ample "fuel" and strong winds. "It just can't get any worse."

While a fire at the U.S. Army's Fort Huachuca is 100% contained, the Monument Fire was 27% contained as of Saturday afternoon — an improvement over the 15% figure in the morning, but certainly dangerous given the inordinately dry and windy conditions. The Monument Fire, just south of Sierra Vista, Arizona, has torched at least 40 homes.