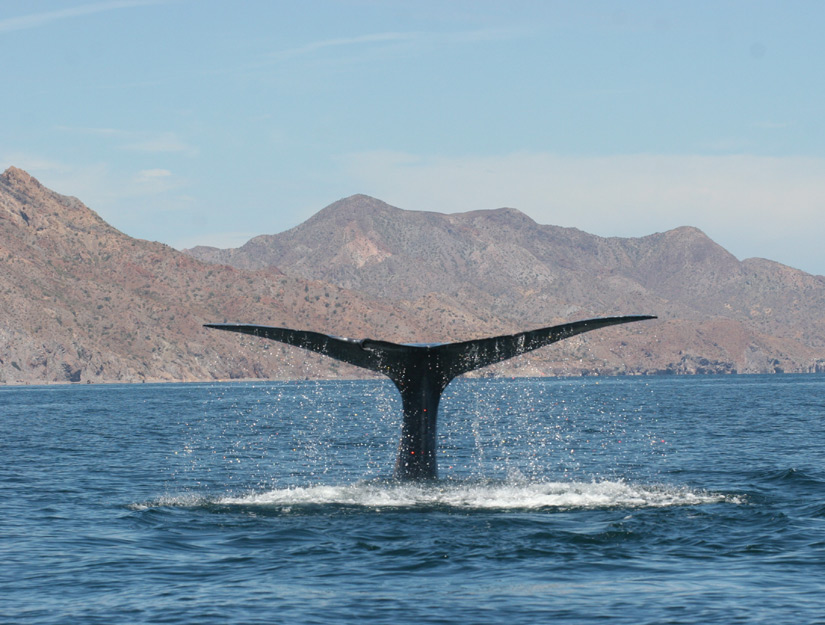 Many whales are now acutely sunburned, with cases escalating in recent years, according to new research.

The study, published in the Proceedings of the Royal Society B, is the first to demonstrate that sun damage to whale skin is on the rise and is likely tied to increasing levels of ultraviolet radiation resulting from the thinning ozone layer.

“Whales do not have hair, fur or feathers that could offer some protection, and they are forced to surface in order to breathe. Other animals have behavioral adaptations — hiding in the shade, for example — but whales cannot afford to do so.,” co-author Karina Acevedo-Whitehouse, a postdoctoral fellow at the Zoological Society of London.

She and her colleagues looked at the problem in a collaboration involving the society’s Institute of Zoology, Queen Mary University of London, and the National Polytechnic Institute Marine Science Center in Mexico. The scientists conducted photo surveys and performed skin biopsies on blue, fin and sperm whales from the Gulf of California. This is a region situated near tropical latitudes “where skin cancer radiation dosages are five times higher than in mid-latitude zones,” according to the authors. The skin samples were collected from 2007 to 2009 with a stainless steel dart.

Nearly all of the skin samples contained “sunburn cells,” abnormal cells associated with ultraviolet-induced DNA damage. These indicators were even found in the lowest layer of skin on the whales, suggesting that those individuals were suffering from very severe sunburns. 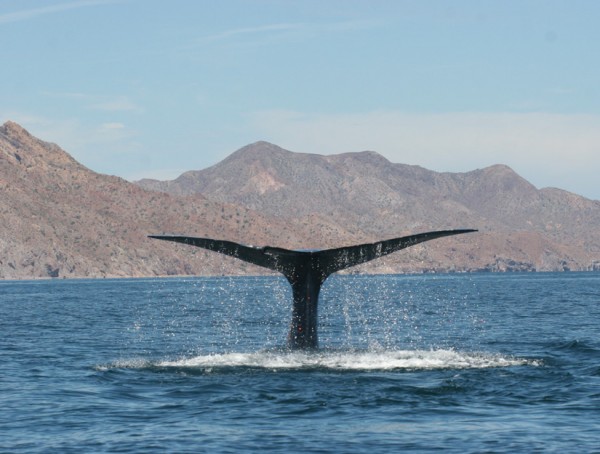 The researchers believe that the sunburns will worsen over time, due to increased ultraviolet radiation exposure. They tested this hypothesis out on blue whales, a species for which they had data spanning three years. While bite marks and other skin problems remained unchanged over this period, the prevalence of sunburn blisters significantly rose over time.

The scientists also found that darker whales, in this case sperm and fin whales, tended to not get sunburned as much as lighter blue whales. Darker pigmentation, as for humans, may therefore offer some protection. Sperm whales, however, spend considerably more time at the sea surface, so they too are becoming sunburned. In addition to pigmentation, “whales may invest heavily in programmed cell death to counteract DNA damage caused by the sun.” Given the large number of documented whale sunburns, this natural defense appears to be no match for the increased levels of ultraviolet radiation. Scientists have only become aware of related problems over the past few decades, since this year marks the 25th anniversary of the discovery of the hole in the ozone layer.

Although it’s hoped that phasing out of these compounds will allow Antarctic ozone levels to return to 1950’s levels by the year 2080, that doesn’t provide much hope for whales over the next several years.

“I do not believe we would be able to do very much to reduce the damage to whales caused by sun exposure,” Acevedo-Whitehouse said. “However, efforts to mitigate other stressors, such as by reducing contaminants and noise pollution, could be tried and thus aim to reduce their environmental stress levels.” (DiscoveryNews)