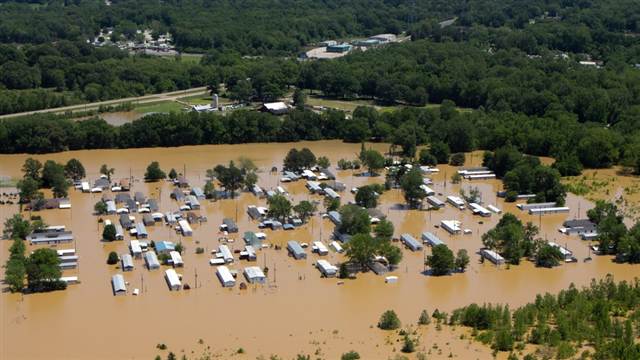 As the Mississippi River continued to rise to record levels in response to over 2 feet of rain in recent weeks, officials began to evacuate portions of Memphis Friday. More evacuation orders will likely be given as historical flood levels spread southward along the Mississippi River. At Memphis, a crest of around 48 feet is forecast by National Weather Service hydrologists Wednesday of next week.

Rising waters along the White River in Arkansas forced the closure of part eastbound and westbound lands of Interstate 40 in the Natural State. The route is a major thoroughfare for trucking. It is possible that as waters continue to rise on the Mississippi and connecting rivers farther downstream additional highways may close. Additional neighborhoods of cities and towns will be inundated through nearly the end of May in some areas as the crest moves very slowly downstream. Additional evacuations of unprotected or levee compromised areas are likely. 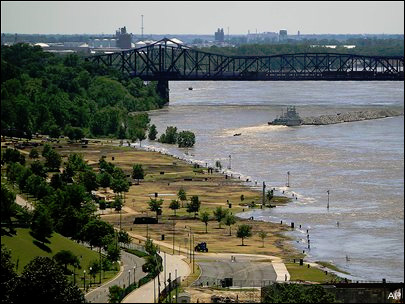 Population centers south of Memphis include Greenville, Vicksburg, and Natchez, Miss., and Baton Rouge and New Orleans, La. A crest of 16 feet above flood stage is forecast at Natchez, or 64 feet, around May 22.

CNN reports that the Army Corps of Engineers will open a spillway upstream from New Orleans on May 9 to relieve pressure on levees. While levees or higher ground protect many of these and other towns and cities, there are many areas at risk as this slow-moving natural disaster continues.

For many areas, like the Flood of 1993 over the upper Mississippi Valley, the ordeal may last weeks. A crest of the Mississippi River at New Orleans is not expected until around May 24.

Flooding along the lower Mississippi River and others in the region are rivaling that of the benchmark floods in 1927 and 1937. In many cases, the flooding is exceeding these historic marks. It is important to note that the projected river forecast levels by the National Weather Service only account for rainfall or the lack thereof during the next 24 hours. (AccuWeather) 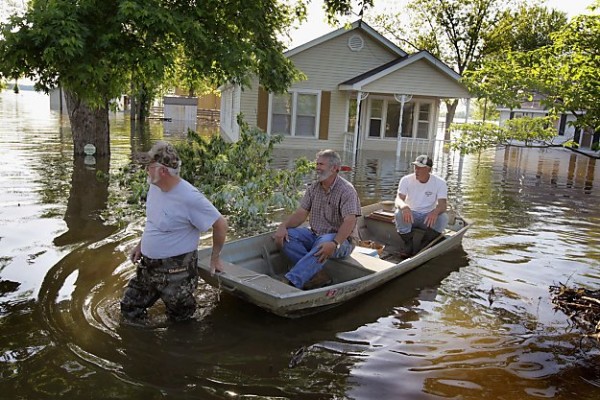 The record flooding throughout the Mississippi River watershed is not just causing countless problems for residents in communities along the banks. Measures, including levee destruction, are being taken in order to alleviate widespread flooding.

Ppart of the Mississippi River in Louisiana will be diverted. The Army Corps of Engineers plans to open the Bonnet Carre Spillway. This will divert river water to Lake Pontchartrain, a large brackish lake whose southern shores New Orleans calls home.

The AP reported that the corp was also considering opening the Morganza Spillway, which would divert river water into the Atchafalaya Basin.

Although this will relieve the swollen Mississippi River, the influx of freshwater into the partially salt water Atchafalaya bay and others poses a threat to marine life inside it, specifically oysters. Oysters thrive in brackish water habitats, which is one of the reason oyster farming in Louisiana flourishes. Too much freshwater introduced into their habitat is fatal to the mollusks, as it affects their metabolism.

This newest threat to marine life in the region comes on the heels of the 2010 BP oil spill, which affected the habitats of thousands of birds, fish and other animals that life in the Mississippi Delta. This river diversion is devastating to the local industry, as farmers and fishermen in the region are just starting to get back on their feet. The AP reported that, in 2010, half as many oysters were harvested compared to the year before.

This latest threat to the oyster population could continue any shortages and affect prices in the weeks and months to come. (AccuWeather)