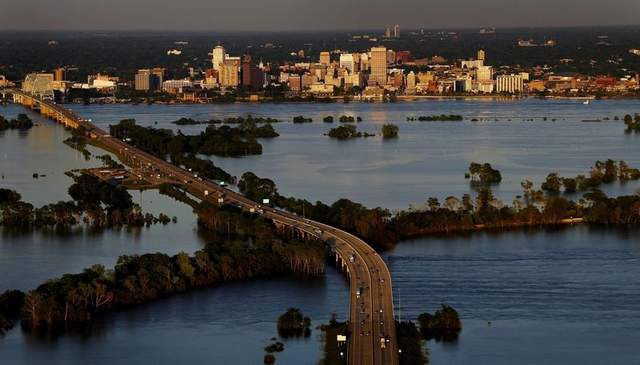 Parts of the Mississippi Delta are beginning to flood, sending white-tail deer and wild pigs swimming to dry land, submerging yacht clubs and closing floating casinos, and compelling residents to flee from their homes. The sliver of land in northwest Mississippi is in the crosshairs of the slowly surging river, just like many other areas along the banks of the big river.

To points much farther north, thousands face the decision of whether to stay or go as high water kept on rolling down the Mississippi and its tributaries, threatening to soak communities over the next week or two. The flooding is already breaking high-water records that have stood since the 1930s.

In Memphis., residents of a well-to-do enclave on Mud Island, which sits in the river, were getting too much of their beloved surroundings. Rising waters practically lapped at the back porches of some of the island’s expensive houses. The island pays homage to the mighty river with an elaborate scale model of it, a museum about its history and a paddlewheel steamboat that looks like something straight out of “Huckleberry Finn.”

The three-mile-long strip of land that is part of Memphis has about 1,500 homes and businesses and 6,000 mostly well-off residents, many of them living in gleaming, 20-year-old houses with wide river views and traditional Southern touches such as columns, porches and bay windows. Tourists can take a tram or drive across a small bridge to visit Mud Island’s park, amphitheater and a museum devoted to life on the Mississippi.

Emergency officials warned that residents may need to leave their homes as the river rises toward an expected crest Wednesday of 48 feet — about 3 feet higher than Thursday. The record in Memphis, 48.7 feet, was set in 1937.

Water pooled at the lowest end of Beale Street, the most famous thoroughfare in the history of the blues, but it was about a half-mile from the street’s popular restaurants, shops and bars and did not threaten any homes or businesses. (Tennessean) 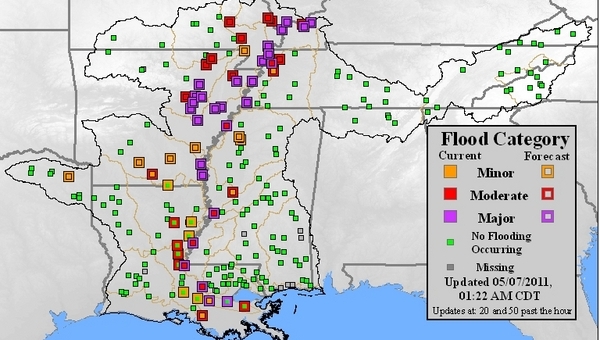 Elsewhere in the flood zone Thursday:
— In Kentucky, authorities closed 250 roads in 50 counties. The Coast Guard rescued at least 28 people, 12 cats, and three dogs from rising waters.
— In Missouri, the Army Corps of Engineers blew a third hole in a levee to relieve pressure and prevent catastrophic flooding there and in Illinois and Kentucky. The Mississippi continued to rise in Caruthersville, where a high-mark set in 1937 was surpassed on Wednesday, but was generally going down elsewhere in the state. The water was expected to crest Sunday in Caruthersville at 49.5 feet, just a half-foot below the top of the floodwall protecting the community of 6,700.
— In Louisiana, National Guardsmen used sandbags to fortify levees in the northeast part of the state, and the state penitentiary stood ready to evacuate prisoners. Officials were planning to open a spillway in the southern part of the state to divert river water.
— In Arkansas, truckers tried to rearrange their routes to avoid a 23-mile stretch of Interstate 40, a major link between the East and West coasts, where the rising White River forced the closing of the westbound lanes. Drivers were forced to take a 120-mile detour toward Little Rock. 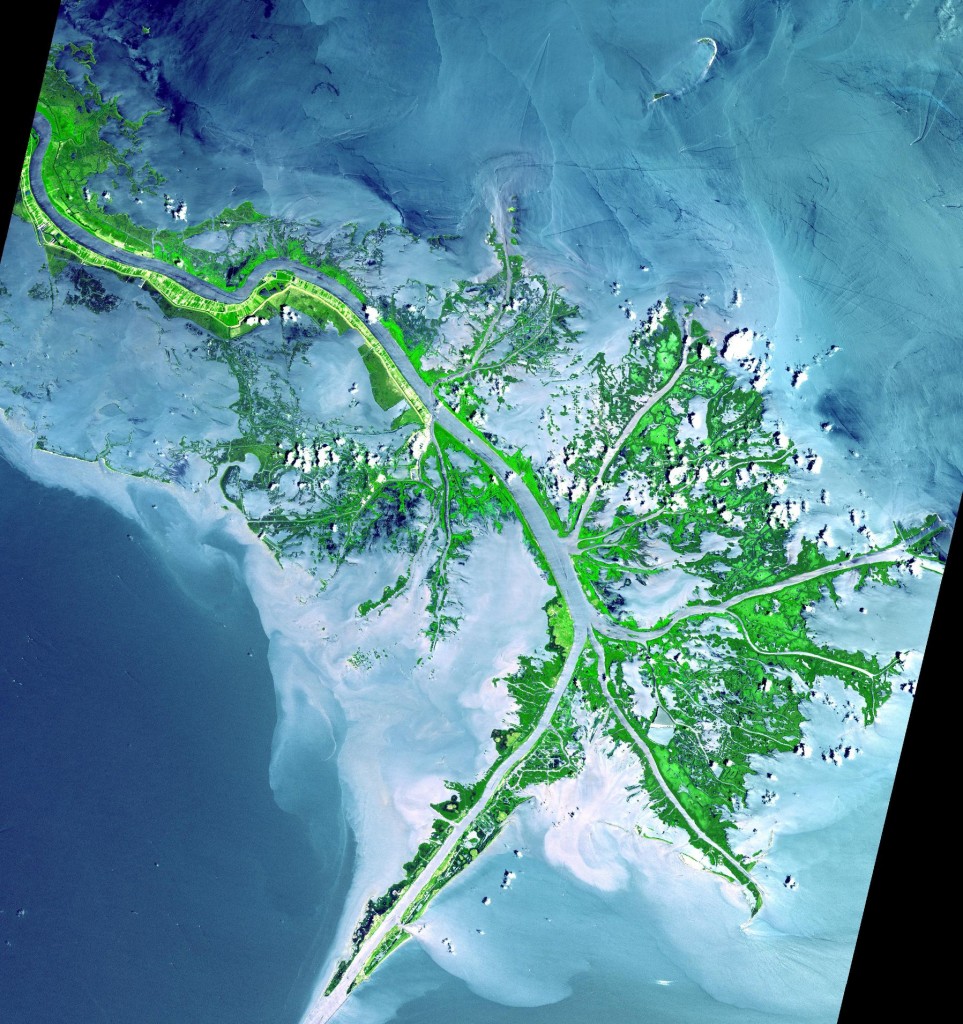