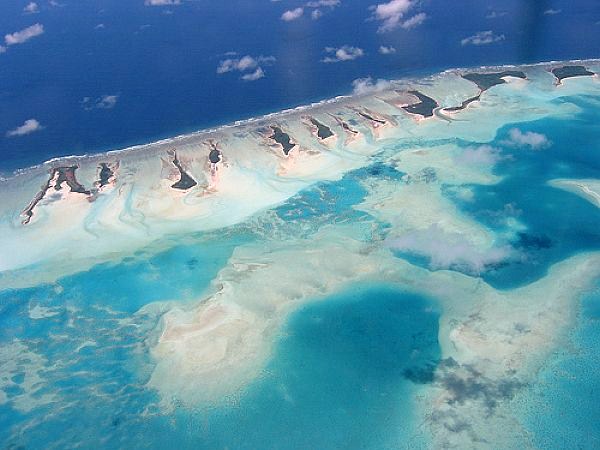 An increasing number of coastal villagers are asking to be relocated because of rising sea waters in Kiribati. Kiribati is in urgent need of funding to build sea walls to prevent sea water destroying villages and crops.

If more funding is not forthcoming in the near future, the government will have a much bigger problem on its hands. Sea waters are rising faster than the nation can cope. One part of the government’s strategy is to look at ways to relocate i-Kiribati, both within and outside the country. President Tong says the concept of ‘climate refugees’ is too controversial for the international community to realistically consider. He says the government is trying to facilitate ways for its people to migrate on the basis of the skills they can offer a new country, rather than the urgency of their need to relocate. (AustraliaNetworkNews) 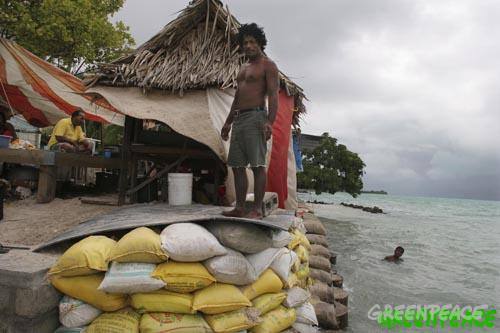 Kiribati has been facing rising waters by as much as 5 mm per year since 1991. This phenomenon has also been causing the high salinization of its fresh water. Global warming is being blamed for what has been happening to the island nation that is one of the lowest spots on earth, found between Hawaii and Fiji.

According to environmental researchers that have been studying the situation of Kiribati, the problem of global warming is not so much the rising waters as the death of corals. Ocean acidification caused by emissions of greenhouse gases is fatal to coral reefs that have already been weakened by destructive fishing practices such as massive catches of grouper, a species that plays a crucial role in the balance of the coral reef. Researchers note that if there is more coral, there are more islands. 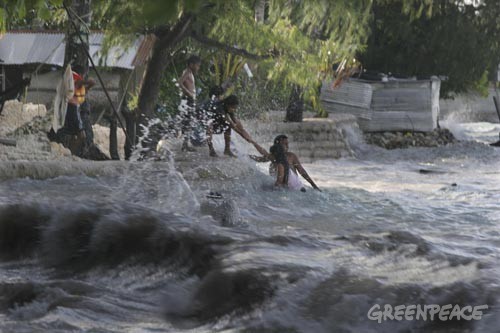 As the seas continue to rise, the 92,000 people who live there could be forced to emigrate, together with tens of millions of other people in low-lying island and coastal communities around the globe.The pollution which causes global warming has reached dangerous levels and scientists have warned that low-lying islands face permanent inundation from rising seas. To save coastal communities and islands like Kiribati, governments must act to penalise polluters and invest heavily in clean energy sources in order to reduce emissions. (GreenPeace)