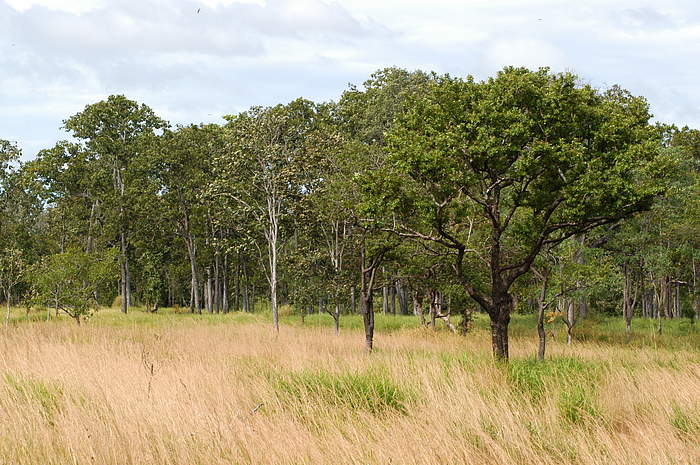 Researchers  find  that plants in East Africa with promising antimalarial qualities – ones that have treated malaria symptoms in the region’s communities for hundreds of years – are at risk of extinction. Scientists fear that these natural remedial qualities, and thus their potential to become a widespread treatment for malaria, could be lost forever.

A new book by researchers at the World Agroforestry Centre (ICRAF) and the Kenya Medical Research Institute (KEMRI), Common Antimalarial Trees and Shrubs of East Africa, provides a detailed assessment of 22 of the region’s malaria-fighting trees and shrubs. While over a thousand plant species have been identified by traditional healers as effective in the prevention or treatment of malaria symptoms, the species in the book were assigned by both traditional medicinal practitioners and scientists as those that have potential for further study.

According to researchers, many species of trees in East Africa are at high risk of extinction due to deforestation and over-exploitation for medicinal uses. Scientists in the field have been able to identify at-risk tree species, including those that have antimalarial qualities, by monitoring deforestation in the region and by talking to herbalists and local communities. According to researchers, not all species of antimalarial trees are at risk, particularly those that grow wild in lowland and coastal areas.

ICRAF is doing its part preserving these trees and shrubs by holding samples of most of the species with antimalarial qualities in its genebank and growing these trees in plant nurseries at its headquarters in Nairobi. The ICRAF genebank holds close to 200 species, of which at least 30 are known to have antimalarial properties.

The field data was gathered by ICRAF scientists conducting research across Kenya, Uganda, and Tanzania, where they met with approximately 180 herbalists and 100 malaria patients in 30 separate communities. KEMRI supported the process by supplying the information about each plant’s chemical compound make-up-research that is the result of a sophisticated laboratory process developed by KEMRI for testing natural products.

One of the drugs most widely used historically to treat malaria, quinine, was derived from the bark of the Cinchona tree in South America. Today, the world’s newest, most-effective therapeutic treatment for malaria also comes from a plant, the Artemisia annua shrub. However, access to malaria therapies based on artemisinin compounds remains low-around 15 percent in most parts of Africa and well below the World Health Organizations’ 80 percent target. 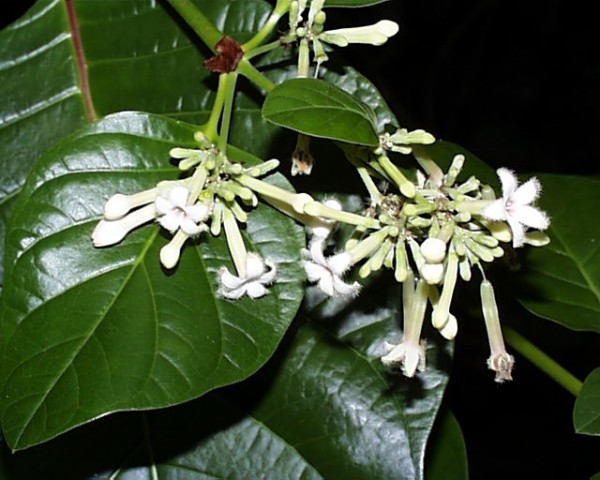 Additionally, the malaria parasite’s ability to resist artemisinin is already beginning to emerge in Southeast Asia. This comes years after the World Health Organization labeled the spreading resistance of malaria to cheap and widely available drugs such as chloroquine and sulfadoxine-pyrimethamine as a major public health problem. The increasing failure of once-effective malaria drugs has added urgency to the search for promising new targets. 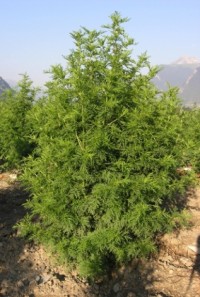 Malaria still kills some 800,000 people per year, the majority of whom are children under five years of age in sub-Saharan Africa. A lack of access to doctors and drugs leaves many communities in Africa with few alternatives other than looking for natural remedies to address symptoms of malaria, including high fever, severe headaches, bone aches, nausea and vomiting.

Indeed, without clear research or proper guidance for their sustainable use, many of the plants with medicinal properties are being over-exploited and are in danger of extinction. One such plant, which is critically endangered in Kenya and threatened in other regions, is Zanthoxylum chalybeum, commonly known as “Knobwood.”

It grows in dry woodlands or grasslands of eastern and southern Africa and has been found to have antimalarial properties that need to be further explored. An extraction process from leaves, bark or root is used to effectively treat a malarial fever in many communities. Other uses for the plant include infusing tea with the leaves, making toothbrushes, and using the seeds as beads in traditional garments.

The African wild olive (Olea europaea Africana), also threatened in East Africa due to over-exploited for timber, contains organic extracts with significant levels of antimalarial activity, and is used to treat malarial and other fevers. The plant also acts as a natural laxative to expel parasites or tapeworms. 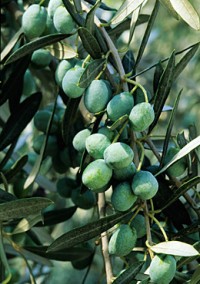 “Throughout my eight years of research in Africa, I have seen that we have an entire pharmacy in our farms and in our forests. We have plants that should be used by scientific companies to develop more options for malaria drugs,” said Dr. Dharan. “And we cannot become complacent and rely on one herb, because we’ve learned that developing resistance is likely.”

Beyond the complicated process to extract and test antimalarial compounds from these trees, scientists have struggled to track or replicate the treatment process as it occurs in communities. Besides the plant itself, there may be other factors contributing to a malaria patient’s recovery.

For example, a healer may combine one plant with another that changes its chemical compound and boosts its effectiveness. Unless more is done to understand these processes in the field, scientists in laboratories and researchers at major drug companies will lose that knowledge.

“While we’ve made scientific progress identifying these compounds over the last few years, the fact is that we may lose these important trees before we’ve had a chance to understand their ability to defend us against malaria, a disease that devastates Africa-killing hundreds of thousands of our children and costing us billions of dollars in productivity year after year,” said Dr. Rukunga.

“We need to approach this as an opportunity on multiple fronts: to preserve the biodiversity that may hold the next cure, to strengthen the research done on the ground in communities, and to continue our diligent work testing our natural resources in the lab.” (TerraDaily)