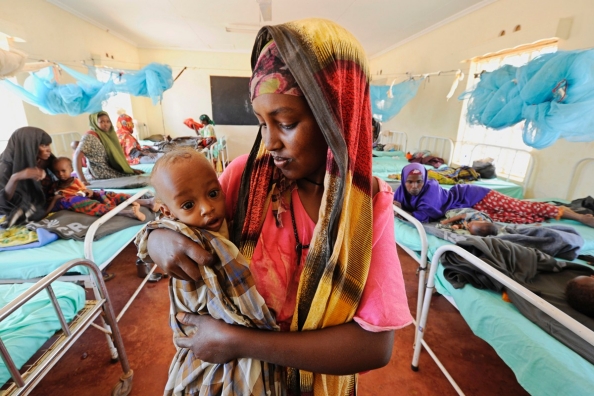 A cholera epidemic is spreading in famine-hit Somalia, with alarming numbers of cases among people driven to the capital Mogadishu by a lack of food and water, the World Health Organization (WHO) reports. Cholera outbreaks have now been confirmed in several regions, according to the WHO, and population movements increased the risk of the disease spreading further.

Some 4,272 cases of acute watery diarrhea have been recorded so far this year just in Banadir Hospital in Mogadishu, mainly children under age five, causing 181 deaths. The number of cases is two or even three times than what was there last year. Seasonal outbreaks have been recorded for the past three years in the Horn of Africa country.

An estimated 100,000 Somalis — driven by drought, famine in southern areas and fighting — have fled to Mogadishu over the past two months in search of food, water, shelter and protection, Adrian Edwards of the UN refugee agency said. They join more than 370,000 driven from their homes earlier. Another 1,500 Somali refugees stream each day into Kenya, which now shelters some 440,000 at sprawling camps in Dadaab.

The worst-hit areas of Somalia are controlled by Al-Shabab militants, who have waged a four-year insurgency against Somalia’s Western-backed government. They had prevented aid getting through but withdrew from Mogadishu last weekend. In all, some 12.4 million people in the Horn of Africa — including Somalia, Kenya, Ethiopia and Djibouti — are affected by the worse drought in decades, according to the United Nations. Tens of thousands of people have already died. Two million children across the Horn of Africa already suffer from acute malnutrition and 500,000 could die if they don’t get help within weeks, the UN Children’s Fund UNICEF has warned. (ArabNews)

Cholera is an acute diarrhoeal infection caused by ingestion of food or water contaminated with the bacterium Vibrio cholerae. Every year, there are an estimated 3–5 million cholera cases and 100 000–120 000 deaths due to cholera. The short incubation period of two hours to five days, enhances the potentially explosive pattern of outbreaks.

During the 19th century, cholera spread across the world from its original reservoir in the Ganges delta in India. Six subsequent pandemics killed millions of people across all continents. The current (seventh) pandemic started in South Asia in 1961, and reached Africa in 1971 and the Americas in 1991. Cholera is now endemic in many countries.

Cholera transmission is closely linked to inadequate environmental management. Typical at-risk areas include peri-urban slums, where basic infrastructure is not available, as well as camps for internally displaced people or refugees, where minimum requirements of clean water and sanitation are not met.

The consequences of a disaster – such as disruption of water and sanitation systems, or the displacement of populations to inadequate and overcrowded camps – can increase the risk of cholera transmission should the bacteria be present or introduced. Epidemics have never arisen from dead bodies. 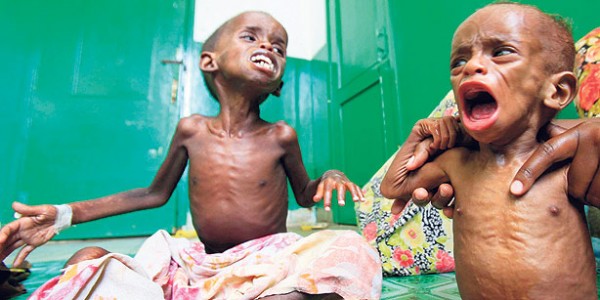 Cholera remains a global threat to public health and a key indicator of lack of social development. Recently, the re-emergence of cholera has been noted in parallel with the ever-increasing size of vulnerable populations living in unsanitary conditions.