Desert locusts have been destroying massive swaths of crops and grazing lands in Somalia in its worst invasion in 25 years, the United Nations food agency said on Wednesday, December 18, 2019, adding that the infestation is likely to spread further. The nation withered from drought earlier this year, followed by severe flooding that affected almost half a million population– both extreme weather conditions contributed to the outbreak.

According to the Food and Agriculture Organization (FAO), the locusts have damaged about 70 000 ha (172 973 acres) of land in Somalia and neighboring Ethiopia, threatening food supplies and the livelihoods of farming communities in both countries.

The areas were already hit hard by heavy rainfall from Tropical Cyclone "Pawan", which has created conditions for the locusts to thrive, potentially spreading into Djibouti, Eritrea, and northeastern Kenya.

The storm destroyed properties, infrastructure, homes, and killed at least 17.

On November 23, 2019, the Federal Government of Somalia and the humanitarian community have launched a Flood Response Plan, calling for a 72.5 million dollar fund to aid flood victims in the country, which reached 536 000. 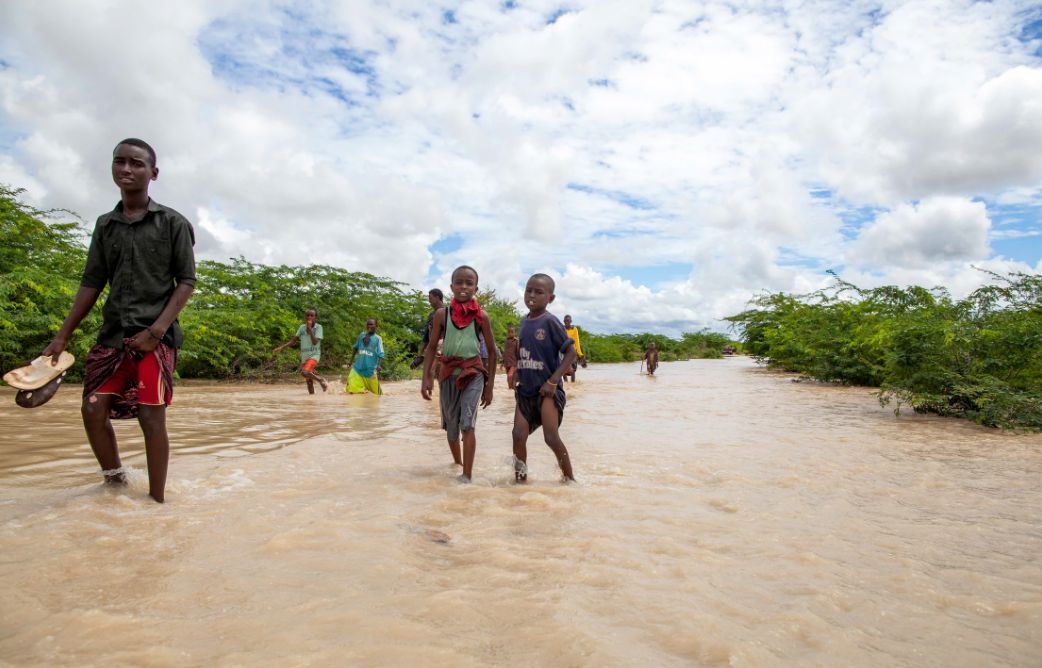 Aside from the severe flooding, drought pounded Somalia, which also played a part in locust abundance.

As a result of drought, the nation faced a humanitarian crisis with more than 2 million people threatened by severe hunger.

UN Under-Secretary-General Mark Lowcock said decades of conflict and a lack of investment had undermined Somalia's capability to deal with repeated humanitarian crises.

An average swarm ravages crops that could feed 2 500 people in a year, FAO stated.

Spraying pesticides by airplane would be the "ideal control measure", according to FAO. However, conflict and chaos in parts of the country make it impossible. The impact of the proposed actions in the short term is going to be very limited, FAO added.

Meanwhile, a local named  Ashagre Molla said he had so far received no help from the government.

"This is not even enough to feed my family," he added.

FAO said the plague is far more serious than earlier expected, and it has been made worse by non-seasonal heavy downpour and floods across East Africa.

The floods have killed hundreds of people in the past several months.

According to experts,  climate shocks are largely responsible for rapidly changing weather patterns in the region.

A study suggests that flood and drought are more important drivers for swarms of locusts. Zhibin Zhang of the Chinese Academy of Sciences, along with his colleagues, trawled through 1 000 years of historical records documenting locust swarms and compared it with 1 000 years of temperature, drought and flood data estimates.

The researchers found that the cycle of locust activity coincided with an increased frequency of droughts followed by severe floods.

Over the last 30 years, droughts and floods in Somalia have become more intense, frequent and unpredictable.

Earlier in 2019, the January to March Jilaal season was abnormally hot and dry, and the Gu' rains, which usually come between April and June, arrived late and then in overabundance across most of the country. This caused massive crop failure and wiped out many herders' livestock.