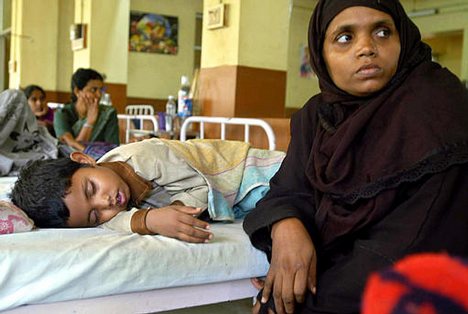 The mystery disease that has rocked Bihar and killed six more children by Thursday morning, has at last been identified. It is encephalitis, an official on Thursday said. The latest deaths have pushed the toll in the state to 41 children in the past ten days.

“It is not a mysterious disease, it is encephalitis that killed children,” according to dr I.P. Choudhary, a member of the central medical team from New Delhi. But state Health Minister said that it was not proper to term it as encephalitis. Only the type of encephalitis has to be identified now. It will take some more time till clinical test results are available.

According to a district health official, in the last the 24 hours, six more children have died of this disease, taking the deaths in the state to 41 by Thursday morning. All the children died after they got high fever followed by convulsions and unconsciousness. Locals have repeatedly been terming the disease as “chamki ki bimari“, saying the symptoms were similar to those of encephalitis, which causes inflammation of the brain.

Two expert teams – one from Pune-based National Institute of Virology and another from the central health ministry – visited hospitals in Muzaffarpur Tuesday and Wednesday where dozens of children are undergoing treatment. Principal Health Secretary Amarjeet Sinha said the experts also collected samples of mosquitoes and animals to identify the cause of the disease.

Over three dozen children are undergoing treatment in various hospitals in Muzaffarpur, Motihari and Patna. (DeccaChronicle) 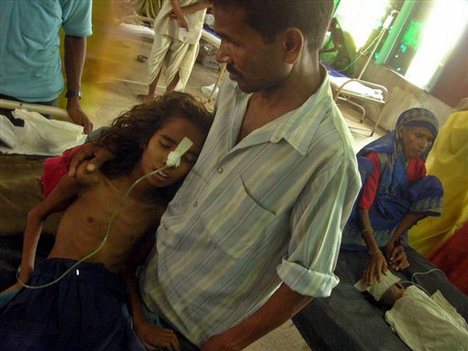 Encephalitis is an acute inflammation of the brain. Encephalitis with meningitis is known as meningoencephalitis. Symptoms include headache, fever, confusion, drowsiness, and fatigue. More advanced and serious symptoms include seizures or convulsions, tremors,hallucinations, and memory problems.

From an epidemiologic and pathophysiologic perspective, encephalitis is distinct from meningitis, though on clinical evaluation the 2 often coexist with signs and symptoms of meningeal inflammation, such as photophobia, headache, or a stiff neck. It is also distinct from cerebritis. Cerebritis describes the stage preceding abscess formation and implies a highly destructive bacterial infection of brain tissue, whereas acute encephalitis is most commonly a viral infection with parenchymal damage varying from mild to profound.

Although bacterial, fungal, and autoimmune disorders can produce encephalitis, most cases are viral in origin. The incidence of encephalitis is 1 case per 200,000 population in the United States, with herpes simplex virus (HSV) being the most common cause.

Of the subacute and chronic encephalopathies, the emergency department (ED) physician is most likely to encounter toxoplasmosis in immunocompromised patients. 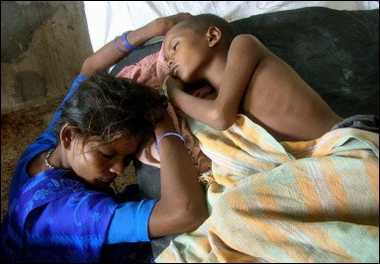 Swift identification and immediate treatment can be lifesaving. Most authorities advocate initiating ED treatment with the relatively safe agent acyclovir in any patient whose central nervous system (CNS) presentations (particularly encephalopathy and focal findings) have no apparent explanation and in all neonates who appear ill and are without a final diagnosis. (MedScape)