A piece of a meteor was found near the central Croatian town of Krizevci, the first extra-terrestrial item to come down on Croatia in the last 60 years. 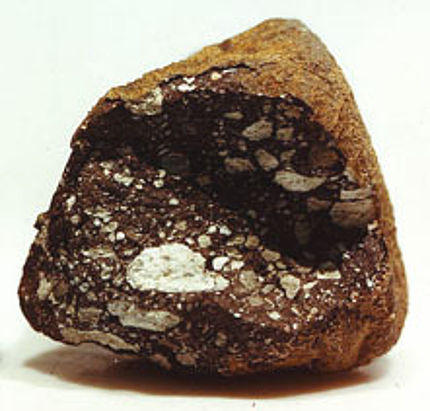 A black stone weighing 292 grams was found on February 20, following the impact of a larger rock sometime between February 4 and 5.

The object is the so-called stone meteor with iron components, which is the material that formed the nascent Earth. Astronomers believe that the piece that fell in Croatia is a part of a larger asteroid from the Solar system. The meteor’s trajectory was filmed by the cameras of Croatian Meteor Network (HMM). Experts later modelled the possible location of the fall after which a search for the fallen pieces had started.

The stone will be sent to the European Space Agency for analysis, the daily Vecernji List writes. (CroatianTimes)

Tropical Storm "Beta" is slowly moving WNW toward Texas, producing a long-duration rainfall event from the middle Texas coast to southern Louisiana. There is the danger of life-threatening storm surge through Tuesday along portions of the Texas and...