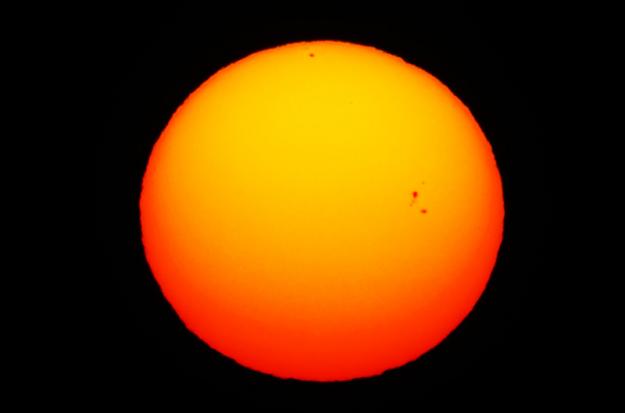 Sunspots 1164 and 1166 are so large, people are noticing them at sunrise and sunset when the sun is dimmed by clouds and haze. The dark cores of these regions are many times wider than Earth, so they are conspicuous even from a distance of 93 million miles. Readers who monitor the spots using properly-filtered backyard telescopes are likely to see flares in action; sunspot 1164 in particular has a delta-class magnetic field that harbors energy for X-class eruptions. 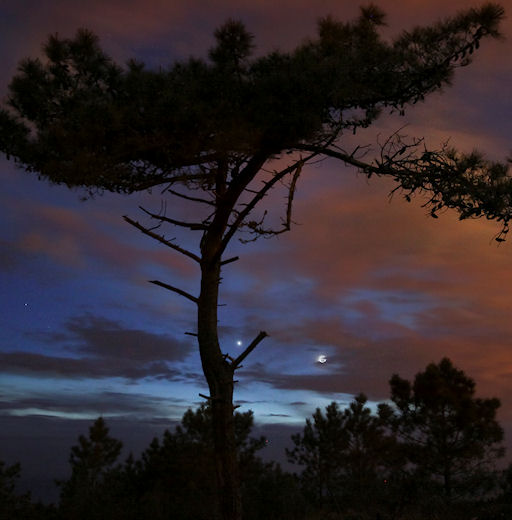 If you missed the show on March 6th, try looking again on March 7th. The Moon is moving up and out of the sunset, and tonight it will hover, smiling, almost directly above Jupiter. (sky map) 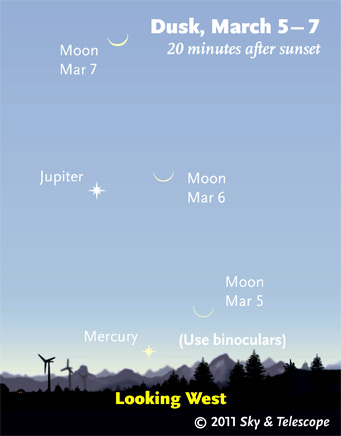 Equinox sun outages
Many people reported an intermittant loss of satellite TV reception over the weekend. Was the sun to blame? Yes and no. It is likely that the sun caused the problem, but not because of solar flares. Now is the time of year for the “equinox conjunction,” when the sun lines up with the satellite and the receiving satellite dish. When this happens, radio interference from the sun competes with signals from the satellite and can create noise levels several decibels higher than normal. The problem, which typically persists for 5 to 15 minutes, is referred to as a “sun outage” and is often confused with sunspot or solar flare activity. (SpaceWeather)

See more awesome Cassini image
Mercury (about magnitude –1.4) is emerging very low in the western twilight. Look for it to the lower right of Jupiter, as soon after sunset as you can pick Jupiter up. The later in the week the better — Mercury moves rapidly higher each day.
Venus (magnitude –4.1, in Capricornus) shines low in the southeast during dawn.
Mars is out of sight behind the glare of the Sun. It will remain so for about the next three months.
Jupiter (magnitude –2.1, at the Pisces-Cetus border) is getting lower in the west every day. Look for it there as twilight deepens. It sets right after dark.
Saturn (magnitude +0.5, in Virgo) rises around 8 or 9 p.m., but it’s best seen in a telescope much later in the night when it gains high altitude. It’s highest in the south around 2 a.m. Spica, slightly fainter, shines about 10° below Saturn all evening and into the early morning hours.
In a telescope, Saturn’s months-old white spot has spread into a streak far around the planet, as seen here. Saturn’s rings are 10° from edge on. See how many of Saturn’s satellites you can identify in your scope using our Saturn’s Moons tracker.

Uranus and Neptune are lost from view behind the glare of the Sun.

All descriptions that relate to your horizon — including the words up, down, right, and left — are written for the world’s mid-northern latitudes. Descriptions that also depend on longitude (mainly Moon positions) are for North America. Eastern Standard Time (EST) equals Universal Time (also known as UT, UTC, or GMT) minus 5 hours.