A massive winter storm will continue impacting the Central, Eastern and Southern U.S. over the next few days. Heavy snow is expected from the southern Rockies to northern New England, while heavy ice accretion is likely from Texas to Pennsylvania.

A strong cold front extending from the Lower Great Lakes to the Southern Plains will move off of the East Coast by Friday evening, NWS forecasters Kebede and Ziegenfelder noted.1

The front, supported by an amplified upper-level trough, will continue to produce a large, prolonged significant winter storm that impacts much of the central and Northeast U.S., bringing a variety of winter weather hazards, including heavy snow, sleet, and freezing rain.

A damaging ice storm is currently underway from eastern Arkansas to western Kentucky, where over 13 mm (0.5 inches) of ice may accumulate by Friday morning.

This will likely result in power outages, tree damage, and dangerous travel conditions.

A broader corridor of heavy ice accumulation is likely from Texas through the Ohio River Valley. 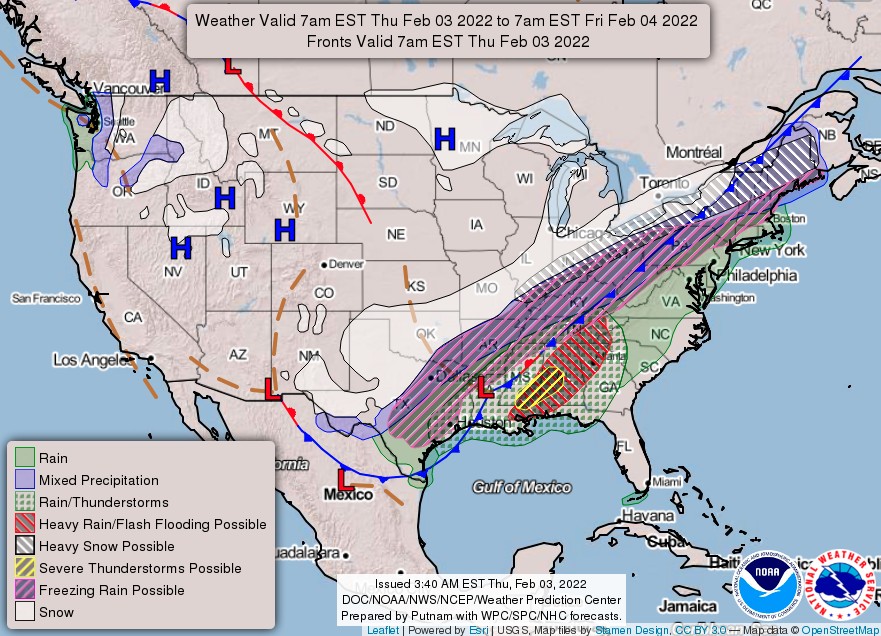 Heavy snow totals are expected over the Southern Rockies and from the south-central Great Plains through the eastern Great Lakes and interior Northeast by Saturday morning.

Therefore, Winter Storm Watches and Warnings, as well as Ice Storm Warnings, are in effect for much of the areas affected by heavy snow and ice.

In addition, the combination of snow and ice will cause hazardous road conditions.

Locations impacted by snow and or ice are expected to have temperatures remain below freezing and well below average for at least the next couple of days. The cold temperatures are due to the emergence of arctic high pressure, which settled over the Plains on Wednesday.

This high pressure locked in very frigid air over the Plains through this Friday. As a result, high temperatures for many places across the Plains and Mississippi Valley will be between 11 – 22 °C (20 to 40 °F) below average during this period.

Dangerously cold wind chills are expected to continue over central and southern Minnesota, and west-central Wisconsin through Friday morning.

Additionally, moderate to heavy rain will develop within the warm sector of this dynamic system, i.e., from the Southern Plains to the Northeast.

Therefore, the Weather Prediction Center issued a Slight Risk of excessive rainfall over parts of the central Gulf Coast, Tennessee Valley, and Southeast from today into Friday morning.

The heavy rain will create localized areas of flash flooding, with urban areas, roads, and small streams the most vulnerable. Widely scattered strong to severe thunderstorms, capable of damaging wind gusts and a couple of tornadoes, are possible today from southern Mississippi into parts of central Alabama. A Slight Risk of severe thunderstorms was issued for these areas by the Storm Prediction Center as a result. 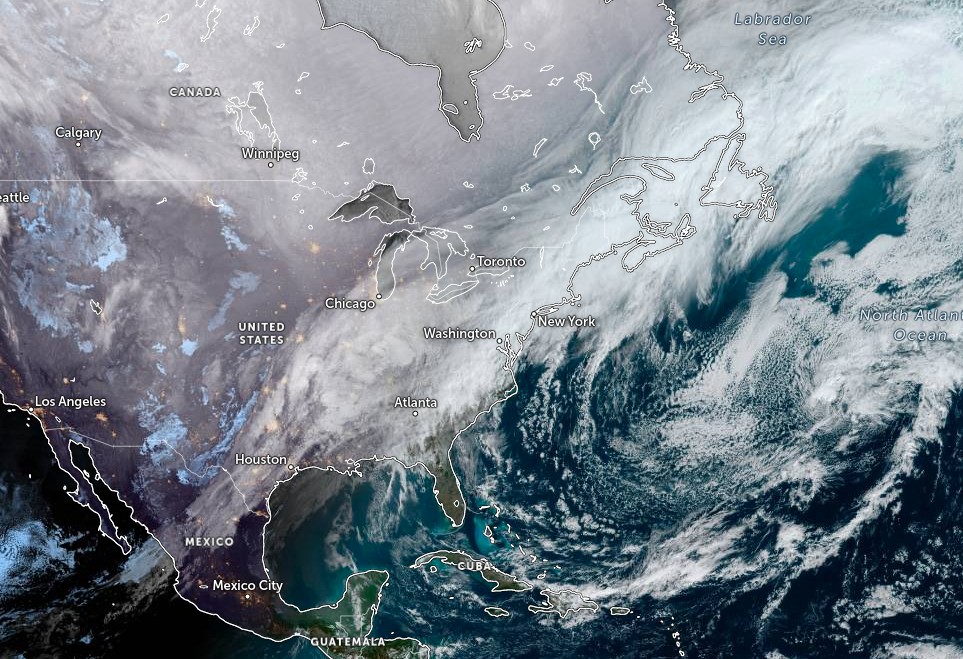