A strong, quick-hitting winter storm is expected to bring heavy snow and gusty winds to the Northern Plains into the Upper and Mid-Mississippi Valley, U.S. that may cause some hazardous travel beginning Thursday night, January 13, 2022, through Friday night. The storm system is expected to impact the Mid-South, Southeast, and East Coast this weekend.

Conditions are expected to rapidly deteriorate across parts of North Dakota tonight, before snow shifts into eastern South Dakota and southwest Minnesota on Friday morning.

The associated area of low pressure will be fast-moving and enter the Central Plains by Friday night, shifting the swath of heavy snow into Iowa during the day on Friday and northern Missouri by Saturday morning.

Difficult driving conditions are likely throughout this region as roads become snow-covered.

Visibility will also be greatly reduced within heavy snow bands with rates up to 2.5 cm (1 inch) per hour and during periods of gusty winds.

High winds are likely throughout the High Plains as an associated cold front races down the Plains on Friday.

Gusts up to 95 km/h (60 mph) are possible, which has prompted High Wind Watches to be issued across western South Dakota. 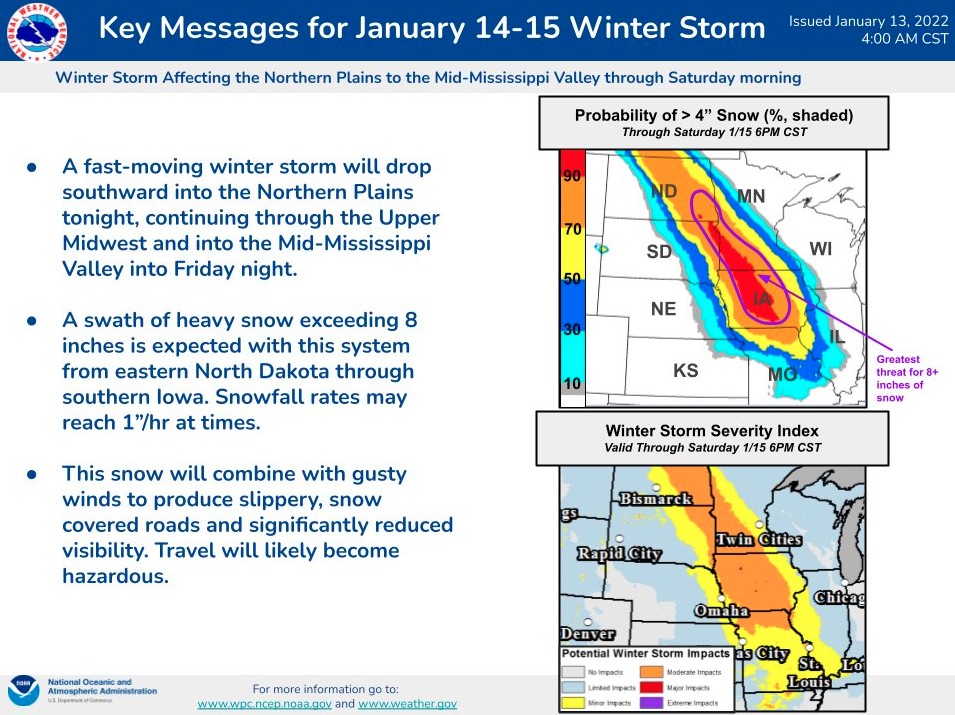 Farther east, a very strong and rapidly strengthening storm system in the eastern Atlantic Ocean will skim past New England on Friday.

This system will help drag an arctic cold front out of Canada and into the Northeast on Friday as well, setting the stage for a bitterly cold night and start to the weekend. 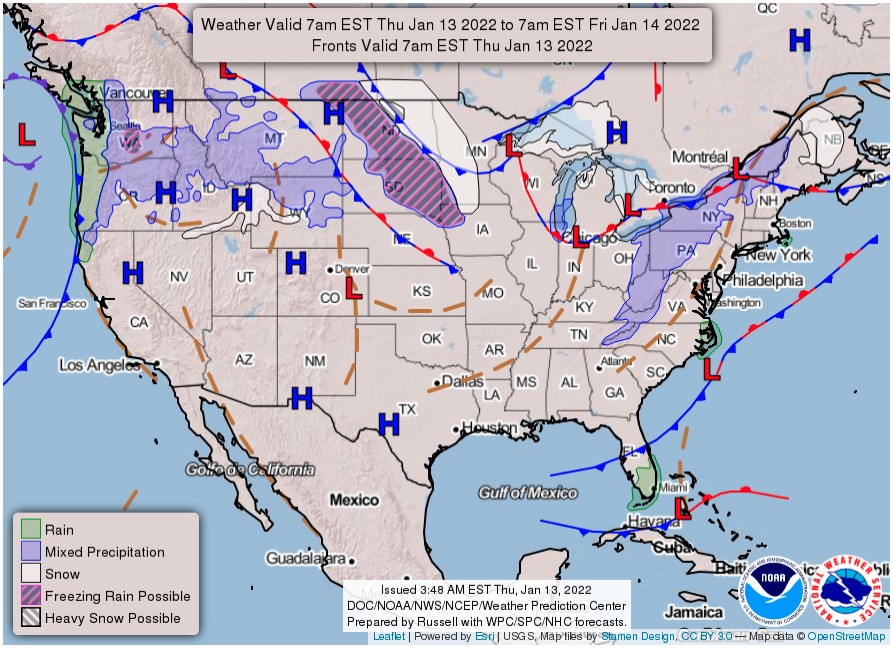