A significant coldwave is affecting China, bringing the first major snowstorm of the season to much of the country's northern regions, including the capital Beijing.

For capital Beijing (population 21.5 million), the first snow of the season started falling on Saturday night, 23 days earlier than average, while the temperatures on Sunday night are forecast to drop to their lowest for the period in the past 10 years.1

Several highway sections in the city were closed, high-speed trains to Tianjin and Shanghai were canceled or delayed, bus service was suspended on more than 160 routes and flights were reduced at the city’s two major airports.2

The snow is expected to last till Sunday noon or afternoon, said Guo Jinlan, chief forecaster of the Beijing meteorological center.3 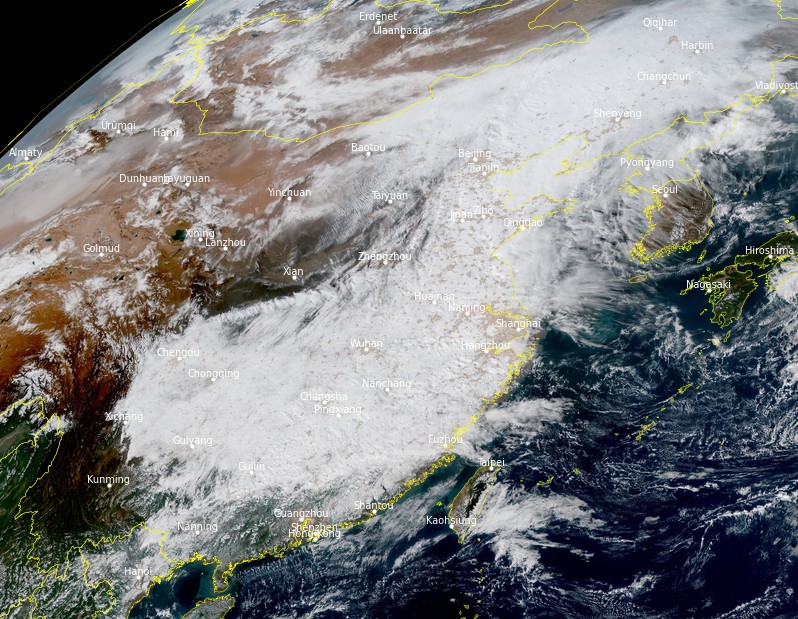 NMC continued to issue an Orange alert for snowstorms in some northern regions today.

In some of these regions, blizzards are expected to drop over 40 cm (15.7 inches) of snow, NMC said.

Residents are advised to stay indoors and local authorities to take precautions with roads, railways, electricity, and telecommunications.