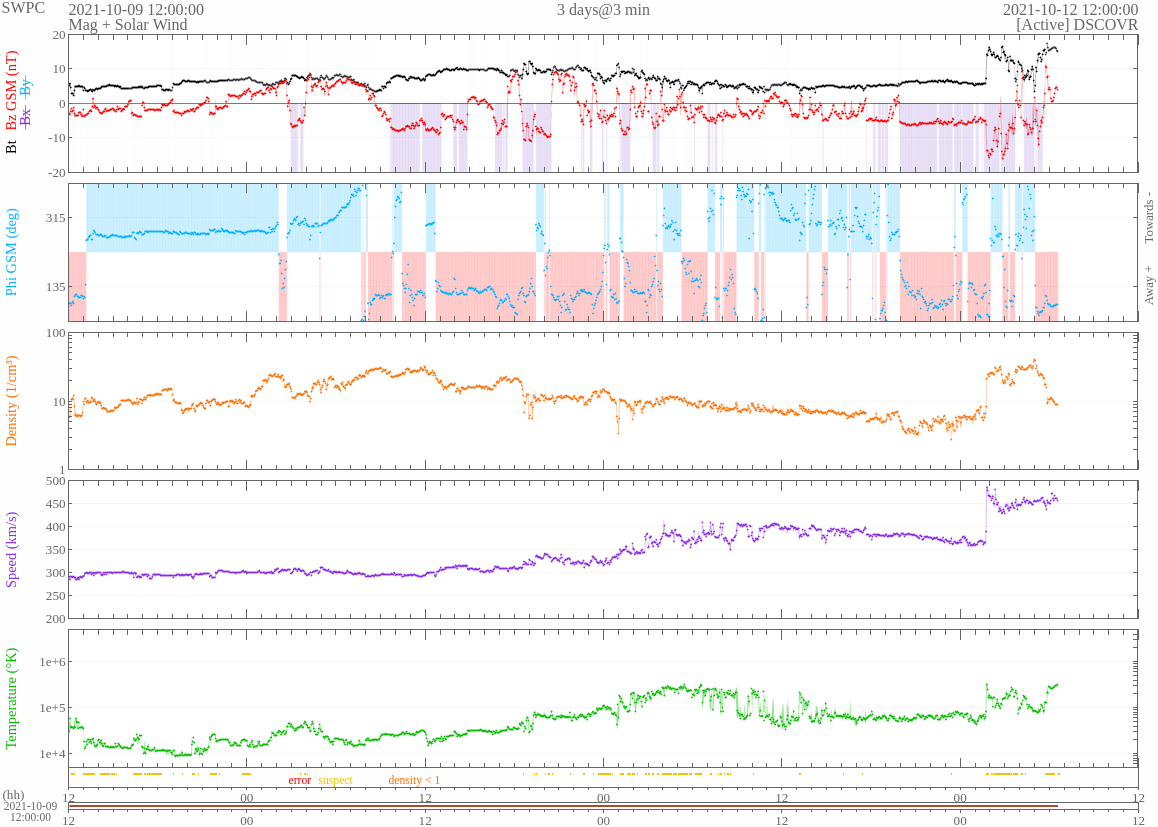 October 14 is expected to be primarily quiet.

SW view with the camera. I don't want to complain, but this is boring pic.twitter.com/y8NiejzY37

The Bureau's Space Weather Services team has issued an Aurora Watch — an Aurora may be visible from Tasmania and coastline of Victoria tonight (12 October).

This solar storm also sparked many clickbait articles across English tabloid media and other news portals whose only interest appears to be your views and clicks achieved through fear-mongering.

If you are interested in space weather, just keep calm and follow official sources like NOAA SWPC. There are great specialized websites out there and space weather enthusiasts you can follow on social media.

You can always come back here and visit our Space Weather category for solar activity articles without the fear factor.