Tropical Storm "Kompasu" — known as Maring in the Philippines — dropped heavy rains on the country's most populous island of Luzon over the past 2 days, leaving at least 9 people dead and 11 others missing. Kompasu is the 18th named storm of the 2021 Pacific typhoon season.

The national disaster agency said it was verifying information from its regional units that reported 4 people killed in landslides in northern Benguet province and 5 killed in flash floods in Palawan, an island province in the country's southwest.

Meanwhile, search and rescue operations are still in progreess for 11 people missing, mostly due to landslies.1

Major highways and bridges were flooded, Sending said, adding that the water was retreating Tuesday, October 12.

Kompasu is expected to reach China's Hainan around 12:00 UTC on October 13 and move over it with maximum sustained winds of 85 km/h (50 mph). 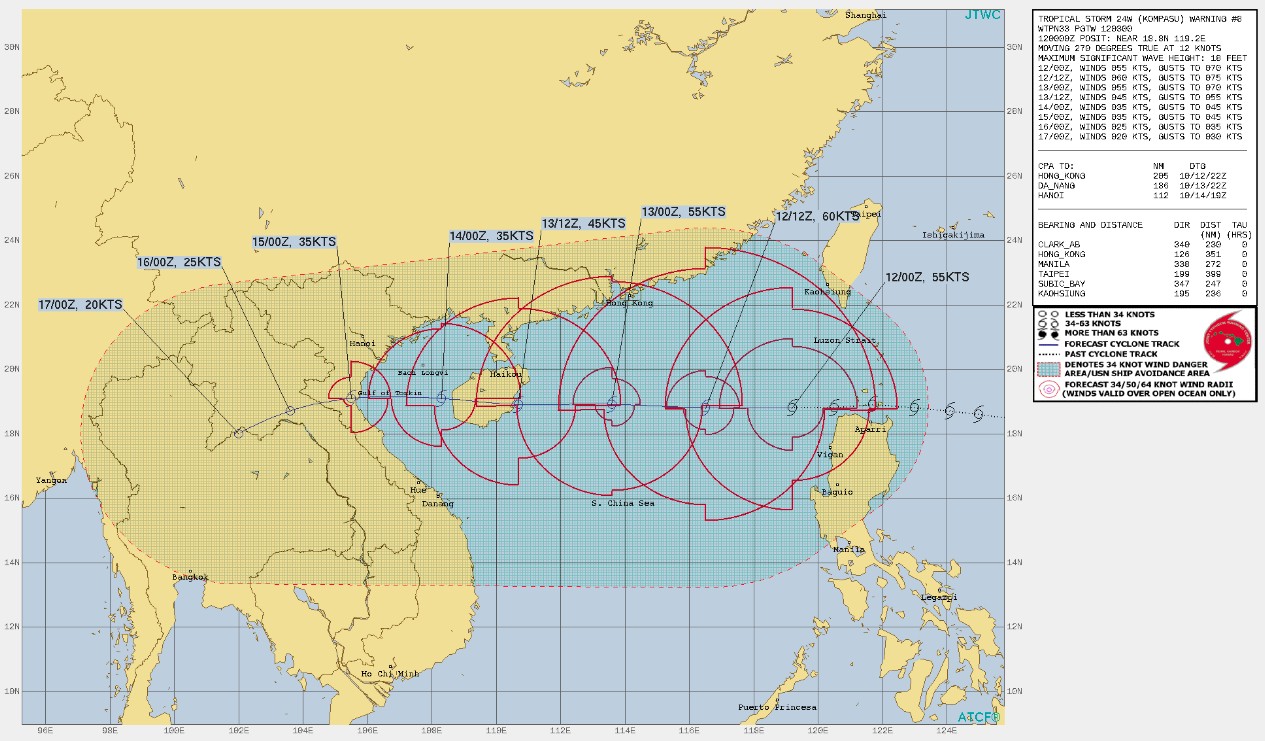