"You see this out West. You never think it’s going to be in your backyard," said Marianne Eachus, owner of Wellacrest Farms. "The devastation is just … everything is gone."

Owners said all but one barn was damaged, two 80' silos toppled, grain bins damaged, and one of the farm's free stall barns destroyed.4 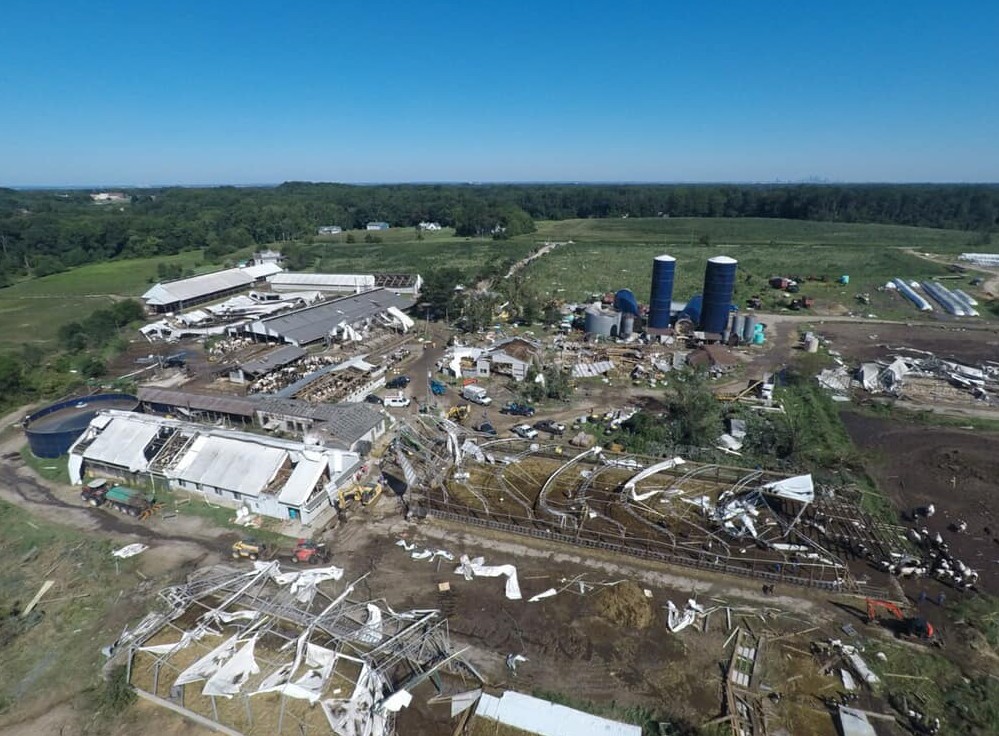 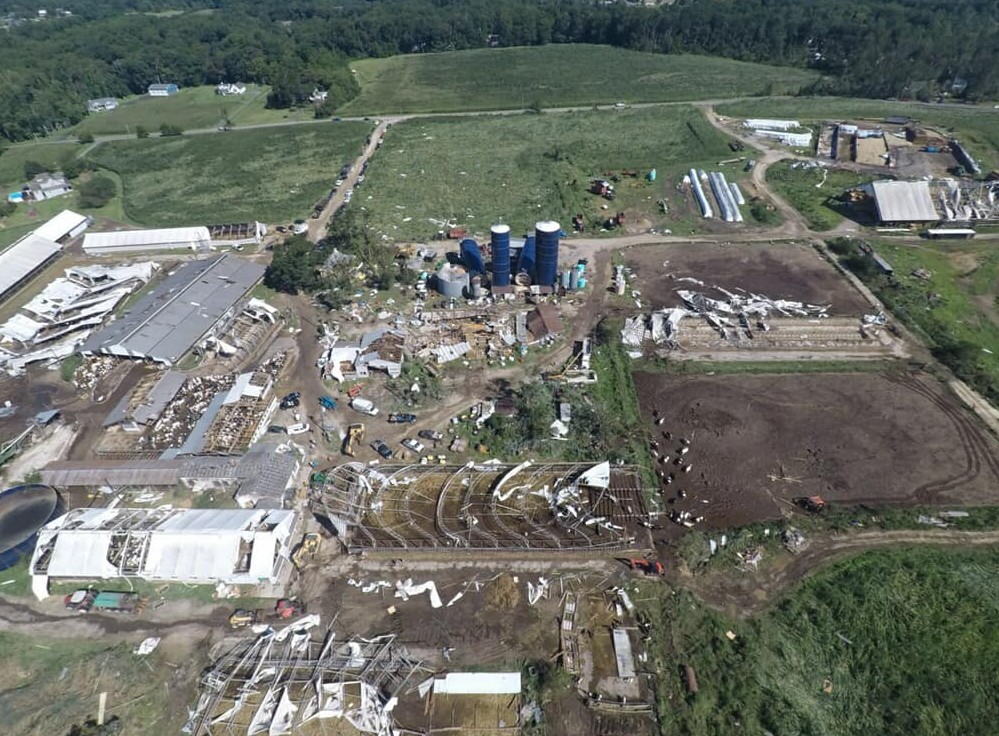 The tornado touched down near Harrisonville, NJ doing mostly damage to trees and limbs before strengthening and moving northeast. As it moved to the northeast, it crossed into the Cedar Grove area producing more significant damage to trees with many trees uprooted.

The tornado moved into the Willow Oaks subdivision strengthening further and producing significant damage to trees, as well as serious structural damage to a number of homes. Several homes had exterior walls completely collapsed, a number of homes lost roofs and upper story walls, and one home had only a few interior walls remaining. Vehicles were tossed around and moved, and damage from flying debris was observed in several spots.

The tornado continued to move to the northeast to Bridgeton Pike where multiple trees had trunks snapped and most of the barns and storage buildings at a large commercial farm were completely destroyed. The tornado also reached its maximum width at this location and was estimated to be around 365 m (400 yards) wide.

The tornado then continued northeast through the woods with multiple trees snapped before entering the subdivision at Salvatore Drive. Here the tornado's most significant damage was observed with one home completely destroyed with no interior or exterior walls standing. Other homes in the subdivision had exterior walls collapsed along with garage collapses and vehicles being tossed around by the tornadic winds. The consistency of the damage along the path of the tornado in this area was EF-3 in the middle of the circulation, with EF-2 along the edge of the circulation. In addition, the tree damage was not as extensive behind the completely destroyed house. Based on the consistency of the damage along Salvatore Drive, a rating of EF-3 (240 km/h / 150 mph) was determined.

The tornado continued to the northeast damaging trees and structures along its path before reaching a large commercial dairy farm where extensive damage occurred. The tornado then crossed Jefferson Road and crossed Eachus Road snapping multiple trees. Thereafter, the tornado moved into the Breakneck Road area producing complete deforestation with nearly 100 percent of the trees in a thickly wooded area snapped.

The tornado path crossed Main St, just south of Chestnut Branch Park in Mantua Township snapping and uprooting a number of trees before reaching the Delaware Valley Florist commercial greenhouse mostly destroying the structure. The tornado damage path then continued to the northeast reaching Wenonah, snapping and uprooting a number of trees, a few homes lost roofs and one structure collapsed. In eastern portions of Woodbury Heights, several trees were snapped along a path from Chesnut Avenue to the intersection of Walnut Avenue and Tanyard Road. Along this path on Glenwood Court, two homes lost a significant amount of siding on one side and a fence was blown over.

Less severe tree damage persisted to the northeast along the tornado's path toward Deptford where the tornado lifted.