Earth-observing satellites are picking up two dense clouds of Saharan dust — one moving NE over the Mediterranean Sea into Europe and the other W over the Atlantic Ocean.

The European cloud has already reached southern Spain, Corsica, and most of Italy and is spreading further NE toward central Europe, Slovenia, Croatia, and the rest of the Balkan Peninsula and Greece on July 13.

On July 14 and 15 parts of it will spread further into NE Europe and Scandinavia. 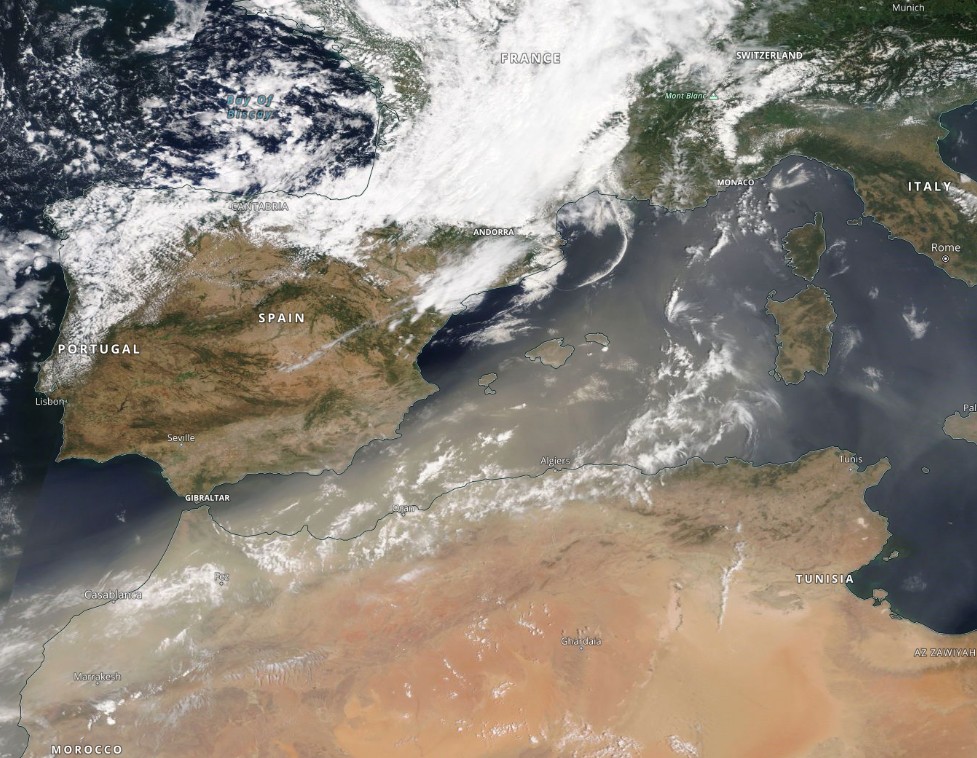 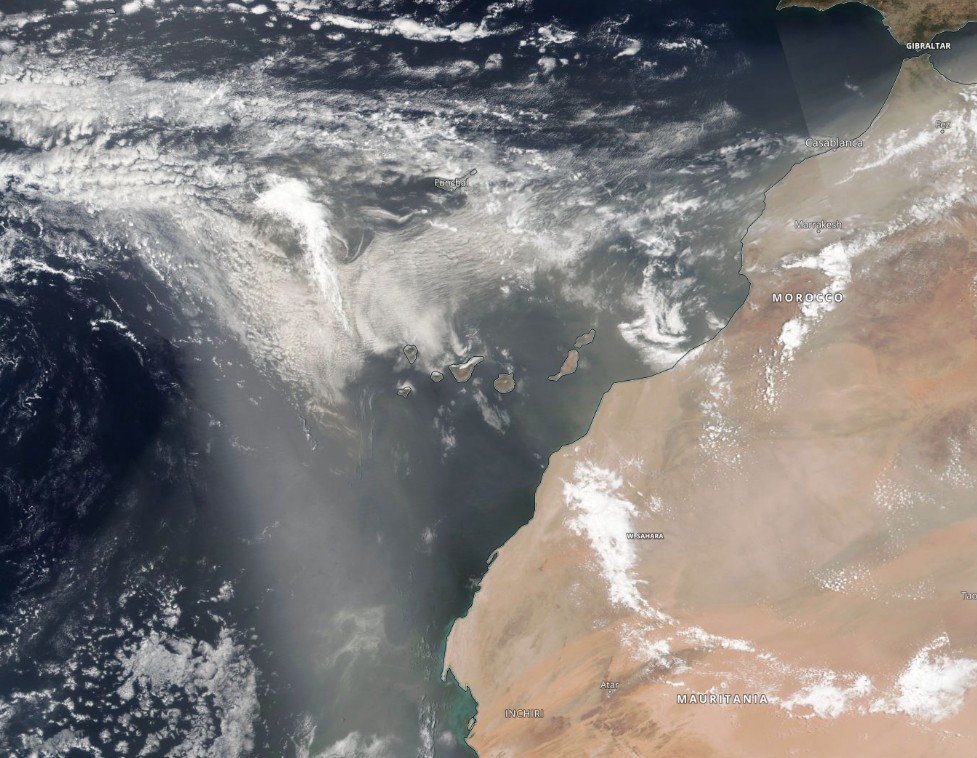 The second cloud is spreading west into the Atlantic Ocean, heavily affecting all islands west of Morocco and Western Sahara.

Waves of dust picked up over the past couple of days have already reached the Caribbean and spread through the region. 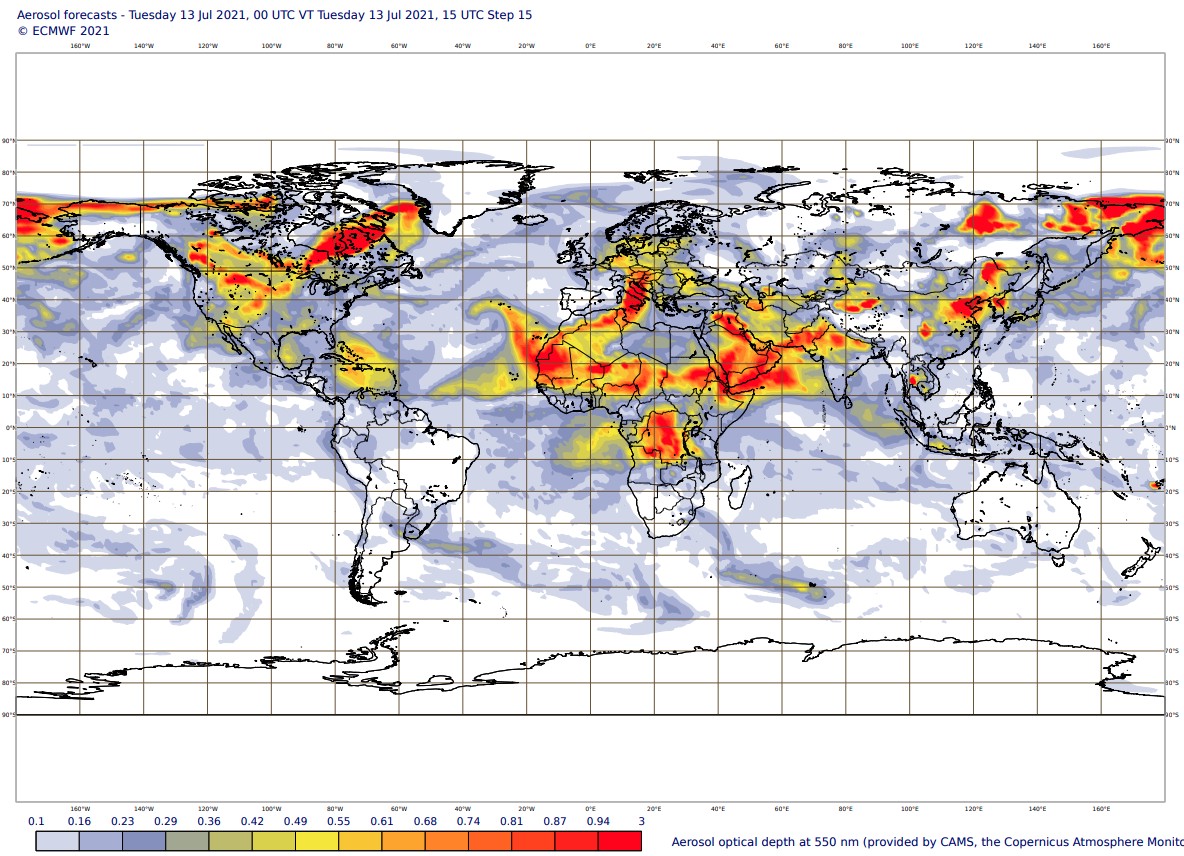 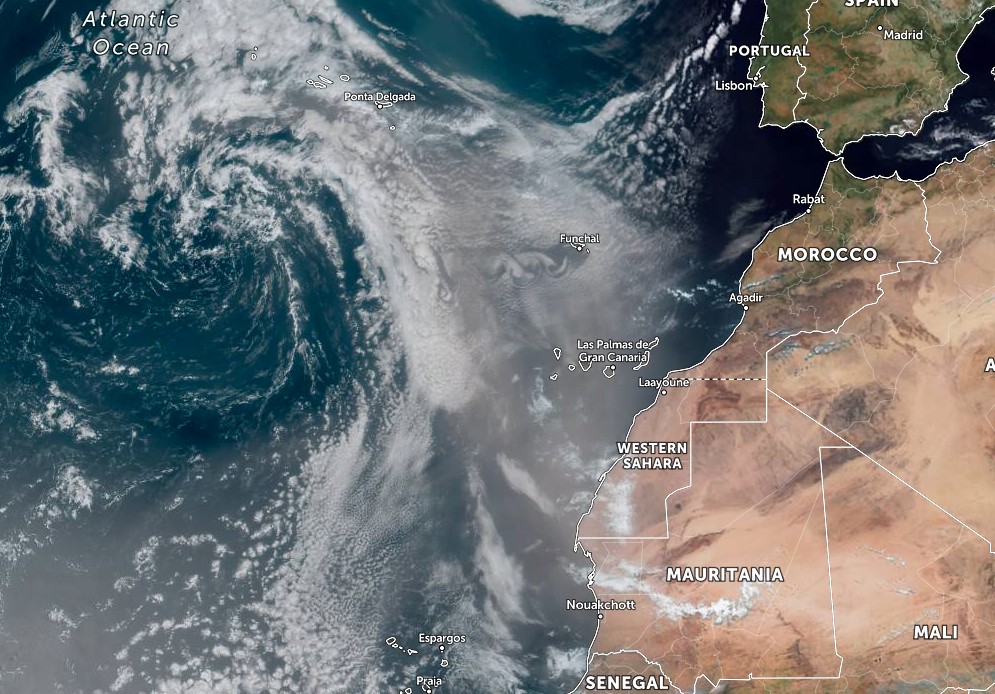 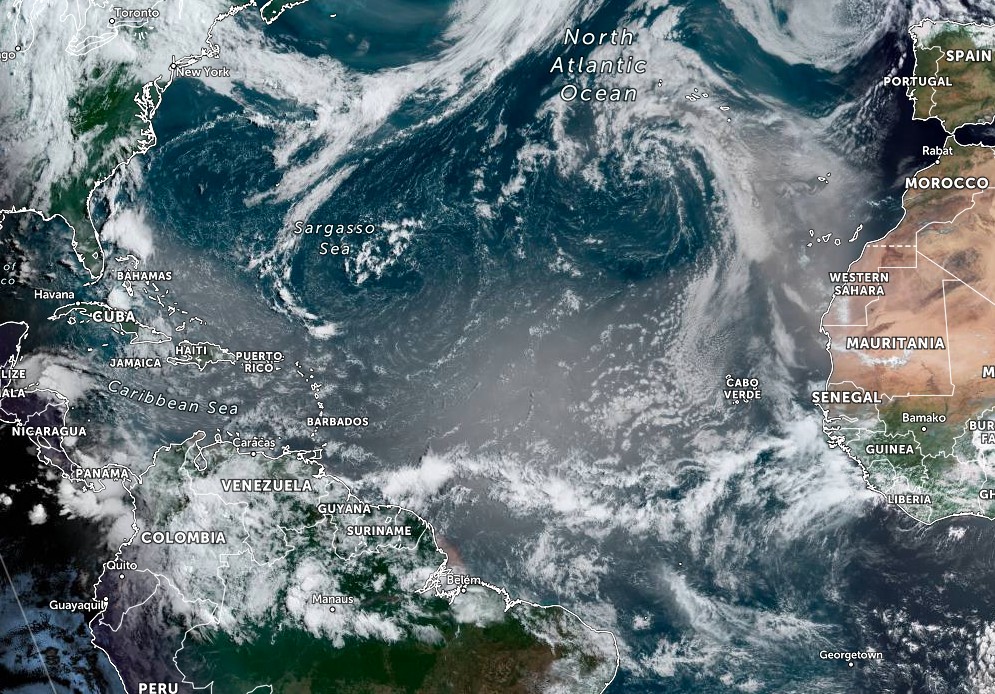 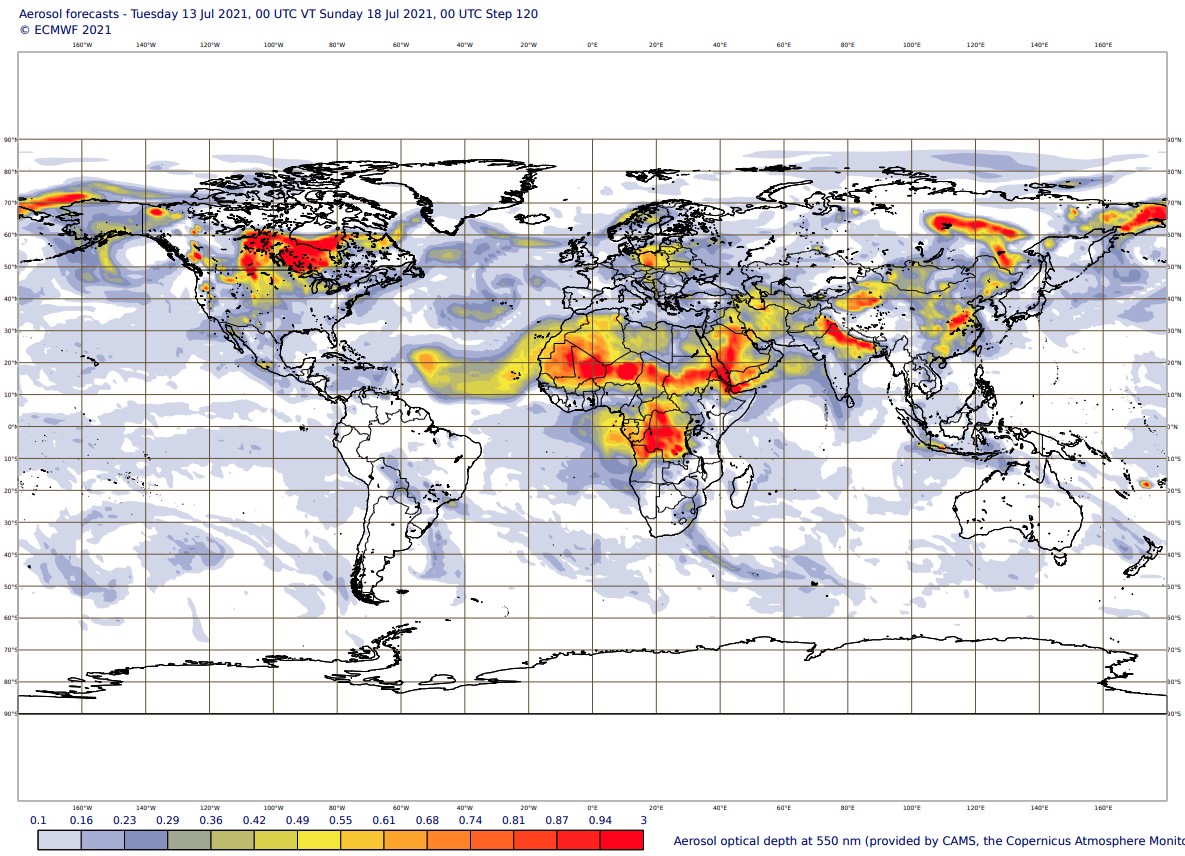