Researchers have developed the first-of-its-kind space-based monitoring system that uses the Global Navigational Satellite System (GNSS) to measure crustal deformation, which can provide seismic monitoring for natural disasters like large earthquakes and tsunamis. The team highlighted that the tool could be valuable for early warnings for such damaging events.

GNSS systems consist of Earth-orbiting satellites that send signals to receivers on Earth. These signals are used to identify the receivers' exact locations. Earthquakes deform the crust underneath the receivers, changing their locations.

GNSS is more coarse, only spotting displacements of centimeters or larger. It is also able to detect seismic wave velocities as small as tens of nanometers per second.

During a large earthquake, there is a trade-off between speed and sensitivity. Seismic networks can be inundated with data during such events, like what happened with the 2016 Kaikoura Earthquake in New Zealand, where multiple faults are involved and waves reverberate through the crust.

To precisely determine fault slip distribution and magnitude, seismologists usually have to wait for the seismic wave data to reach distant stations, which sees tens of minutes of delay while the waves spread across the Earth. 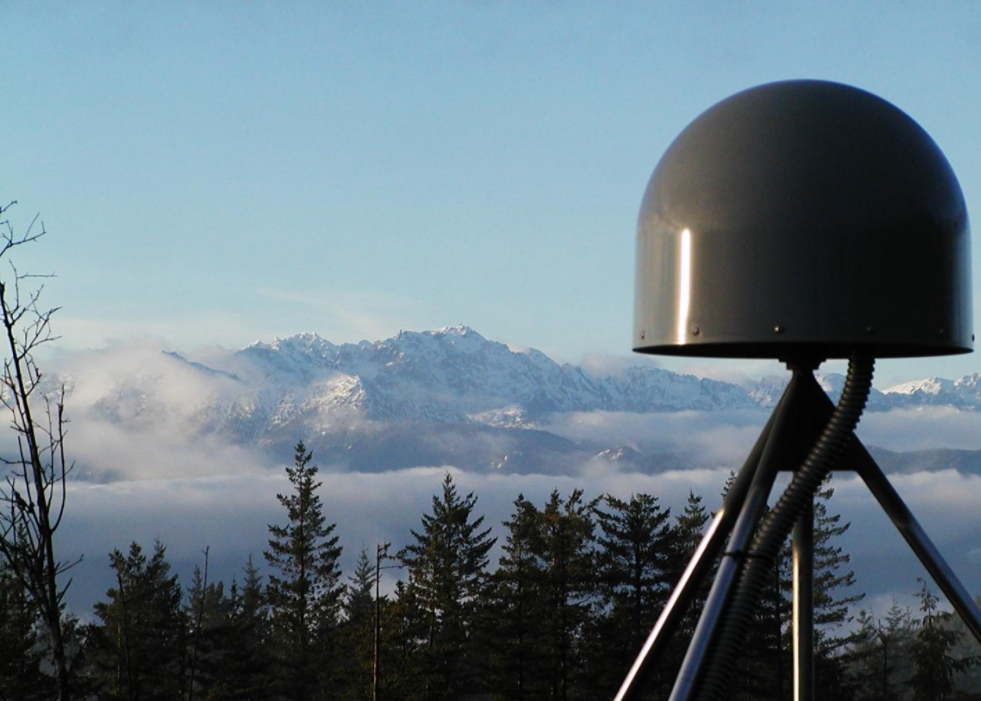 Using data from 1 270 receiver stations across the world, the researchers assessed their system and found that the average time it took for the data to travel from a receiver to the processing center at Central Washington University was roughly half a second from anywhere in the world.

This shows that t the GNSS global monitoring system can detect changes before the earthquake itself is done rupturing since it can go on for tens of seconds or even minutes, "for the fault to unzip and radiate all that energy into the planet," said Melbourne.

The seismic network could take 15 minutes or more to identify the magnitude of an earthquake that causes a tsunami, Melbourne added, and the tidal gauges and would take up to an hour to deliver data, depending on their proximity to the quake.

"The real power of the GNSS for the tsunami is buying more time and greater accuracy from the get-go for the warnings that come out," Melbourne asserted. "Part of what I do is trying to get countries in seismically active areas to open up their data sets for hazard mitigation purposes."

We have developed a global earthquake deformation monitoring system based on subsecond‐latency measurements from ∼2000 existing Global Navigational Satellite System (GNSS) receivers to rapidly characterize large earthquakes and tsunami. The first of its kind, this system complements traditional seismic monitoring by enabling earthquake moment release and, where station density permits, fault‐slip distribution, including tsunamigenic slow slip, to be quantified as rupture evolves. Precise point position time series from globally distributed GNSS stations are continuously estimated within an Earth center of mass‐fixed reference frame and streamed as local north, east, and vertical coordinates with 1 s updates and global subsecond receiver‐to‐positions latency. Continuous waveforms are made available via messaging exchanges to third‐party users (U.S. Geological Survey, National Oceanic and Atmospheric Administration, network operators, etc.) and internally filtered to trigger coseismic offset estimation that drive downstream point‐source and finite‐fault magnitude and slip characterization algorithms. We have implemented a corresponding analytics system to capture ∼100 million positions generated per day per thousand global stations positioned. Assessed over one typical week using 1270 globally distributed stations, the latency of position generation at a central analysis center from time of data acquisition in the field averages 0.52 s and is largely independent of station distance. Position variances from nominal in north, east, and vertical average 8, 9, and 12 cm, respectively, predominantly caused by random‐walk noise peaking in a ∼4–5min spectral band introduced by global satellite clock corrections. Solutions completeness over the week within 0.5, 1, and 2 s latency is 55%, 90%, and 99%, respectively. This GNSS analysis platform is readily scalable, allowing the accelerating proliferation of low‐cost phase‐tracking GNSS receivers, including those increasingly embedded in consumer devices such as smartphones, to offer a new means of characterizing large earthquakes and tsunami far more quickly than existing systems allow.