KVERT warns the danger of ash explosions up to 4 – 5 km (13 120 – 16 400 feet) a.s.l. from the flank crater and the lava flow front (phreatic explosions at the contact of the flow with the Erman glacier) remain.

The flank eruption continues on the northwestern slope of the volcano at an altitude of 2 800 m (9 186 feet) a.s.l. with Strombolian activity at the cinder cone. The fumarole activity at the summit also continues.

On March 16, a field detachment from the Kamchatka volcano station surveyed the flank eruption.

The expedition left from the village of Klyuchi on three snowmobiles to an altitude of about 2 600 m (8 530 feet) a.s.l. from where they had to continue on foot due to rocky slopes exposed by strong winds. 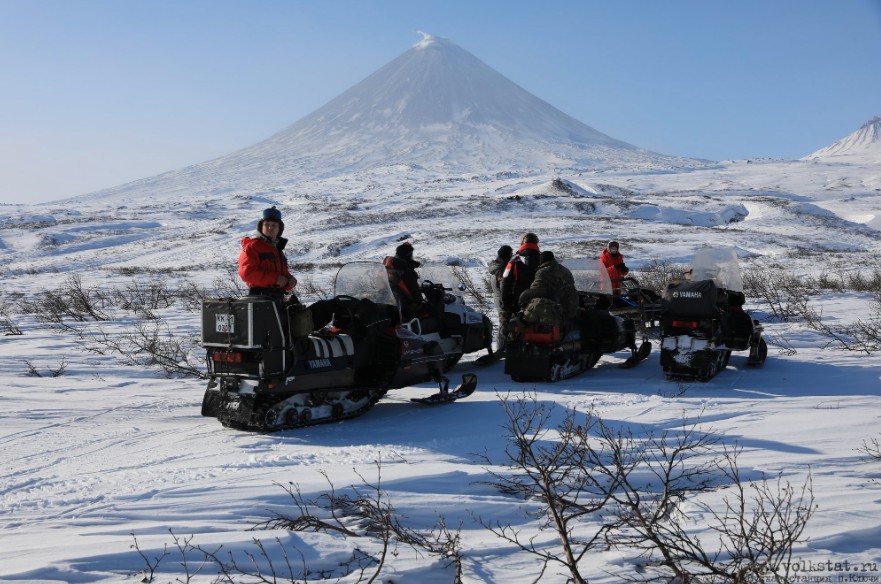 The team observed eruptions every few seconds with ash and gas rising up to 100 m (330 feet) above the edge of the cinder cone and lava pouring on the north side.

Since the weather was favorable, many tourists came by snowmobiles and helicopters. 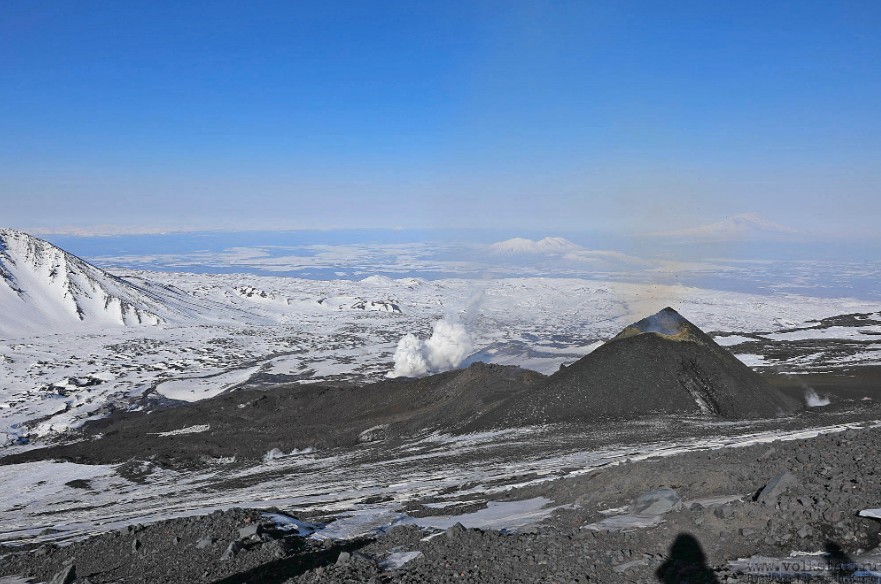 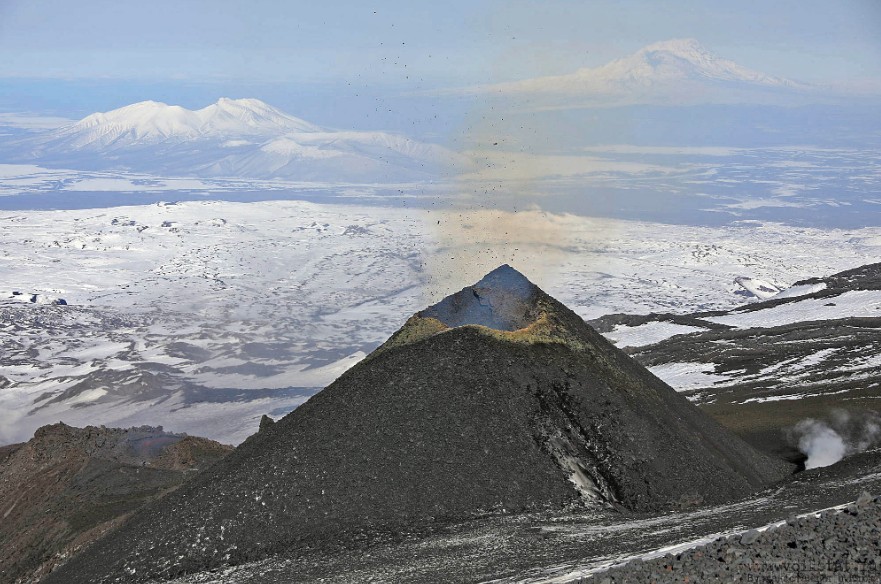 See more images and videos of the flank eruption at volkstat.ru

Extreme travellers Boris Smirnov, Alexey Kulaev, Artem Gromov & Pavel Gavrilov record formation of new cone on highest active volcano in Eurasia. ‘The whole time that we were there it was very cold – the thermometer in the morning showed -47C' https://t.co/XiUyFwl0IL pic.twitter.com/3X7BIZIzFQ 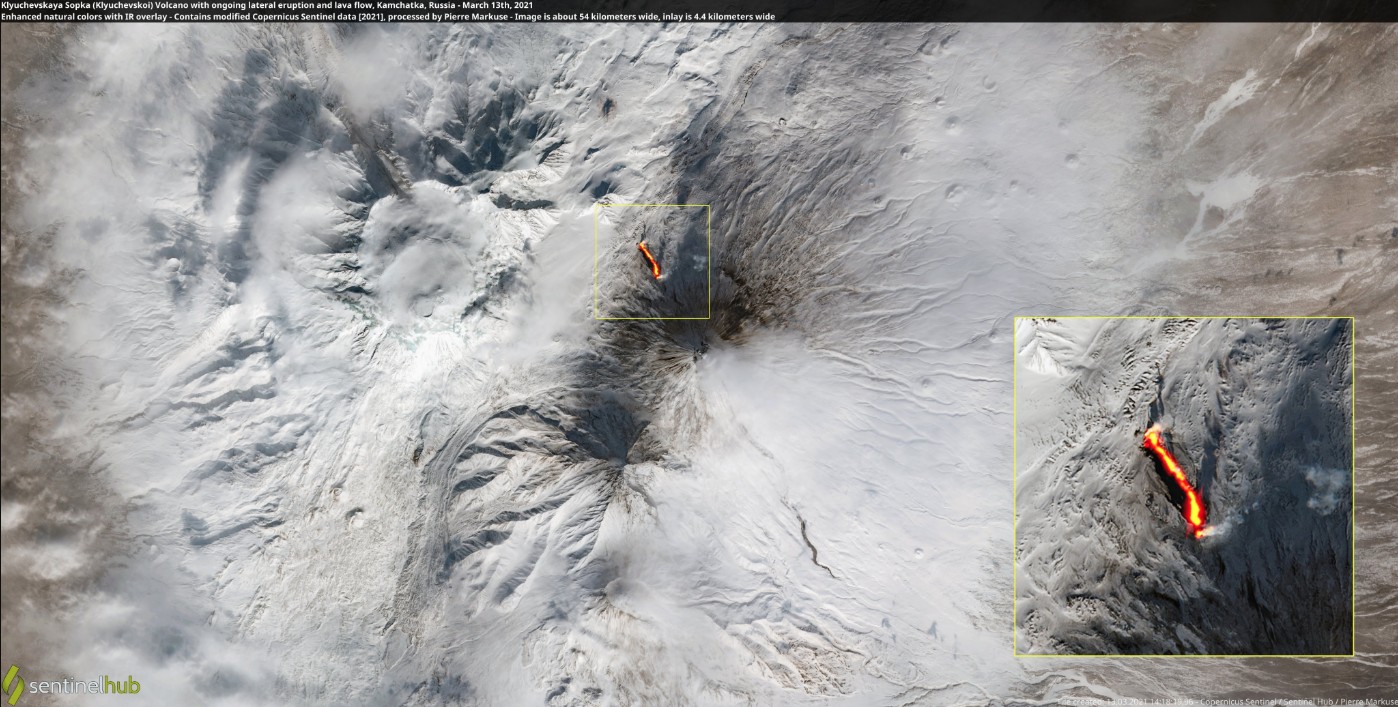 Klyuchevskoy (also spelled Kliuchevskoi) is Kamchatka's highest and most active volcano. Since its origin about 6 000 years ago, the beautifully symmetrical, 4 835 m (15 862 feet) high basaltic stratovolcano has produced frequent moderate-volume explosive and effusive eruptions without major periods of inactivity. It rises above a saddle NE of sharp-peaked Kamen volcano and lies SE of the broad Ushkovsky massif.

The morphology of the 700 m (2 296 feet) wide summit crater has been frequently modified by historical eruptions, which have been recorded since the late-17th century.