As a result, the Alaska Volcano Observatory (AVO) has raised the Aviation Color Code to ORANGE and the Volcano Alert Level to WATCH at 13:46 UTC today.

Cloudy weather conditions are obscuring satellite views of the volcano.

It is unknown if the explosion produced a low-level ash cloud or local ash deposit.

Small eruptions producing minor ash deposits within the vicinity of the volcano are typical of activity during unrest at Semisopochnoi since September 2018.

Local seismic stations have been offline since November 11, 2020.

New explosions could occur at any time with no warning, AVO said.

Semisopochnoi, the largest subaerial volcano of the western Aleutians, is 20 km (12.4 miles) wide at sea level and contains an 8 km wide (5 miles) caldera. It formed as a result of the collapse of a low-angle, dominantly basaltic volcano following the eruption of a large volume of dacitic pumice.

The high point of the island is 1221 m high (4 005 feet) Anvil Peak, a double-peaked late-Pleistocene cone that forms much of the island's northern part. 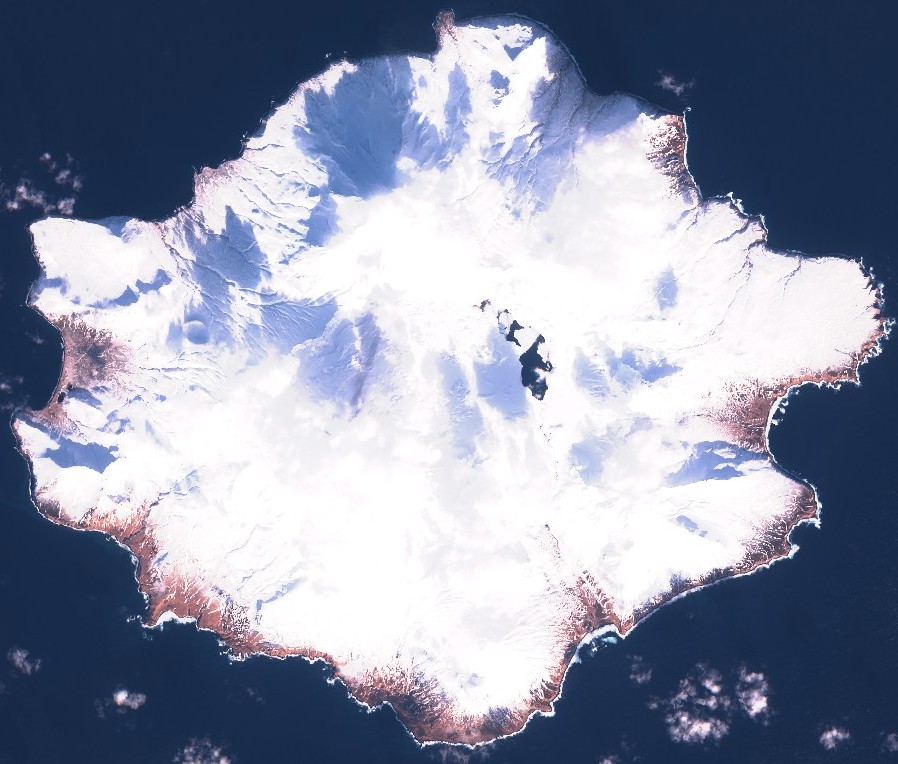 The three-peaked 774 m high (2 539 feet) Mount Cerberus volcano was constructed during the Holocene within the caldera. Each of the peaks contains a summit crater; lava flows on the northern flank of Cerberus appear younger than those on the southern side.

Featured image: Worldview-3 satellite image of Semisopochnoi on February 6, 2021. A thin ash deposit is visible <3 (1.8 miles) km to the north of North Cerberus crater, which is filled with steam. Credit: Matt Loewen