Mayon volcano in Albay, Philippines exhibited a slight increase in abnormal behavior over the past 48 hours, the Philippine Institute of Volcanology and Seismology (Phivolcs) Lignon Hill Observatory reported on Thursday, January 21, 2021.

The volcano's monitoring network recorded 10 volcanic earthquakes in 24 hours to 00:00 UTC on January 21.

Moderate emission of white steam-laden plumes that crept downslope before drifting to the general north was observed as well as faint crater glow from the summit.

"We are on the close watch of the volcano although the changes in its abnormal parameters remain slight," Paul Alanis, PHIVOLCS-Bicol resident volcanologist, told the Philippine News Agency (PNA).

"Because we know the characteristics of Mayon which sometimes is erratic and unpredictable, we do not want to be relaxed and take chances." 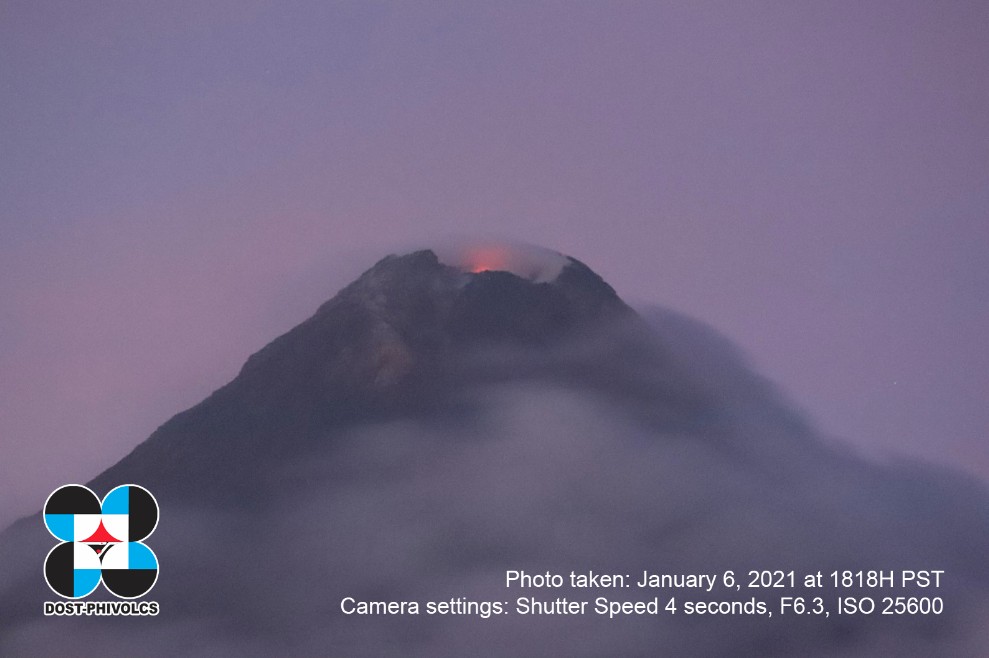 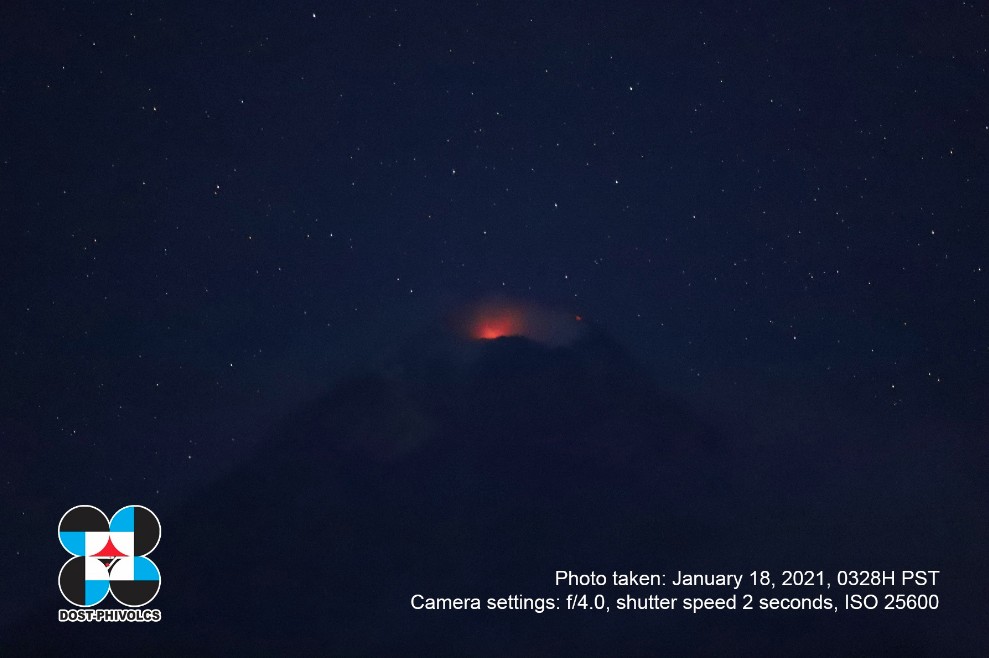 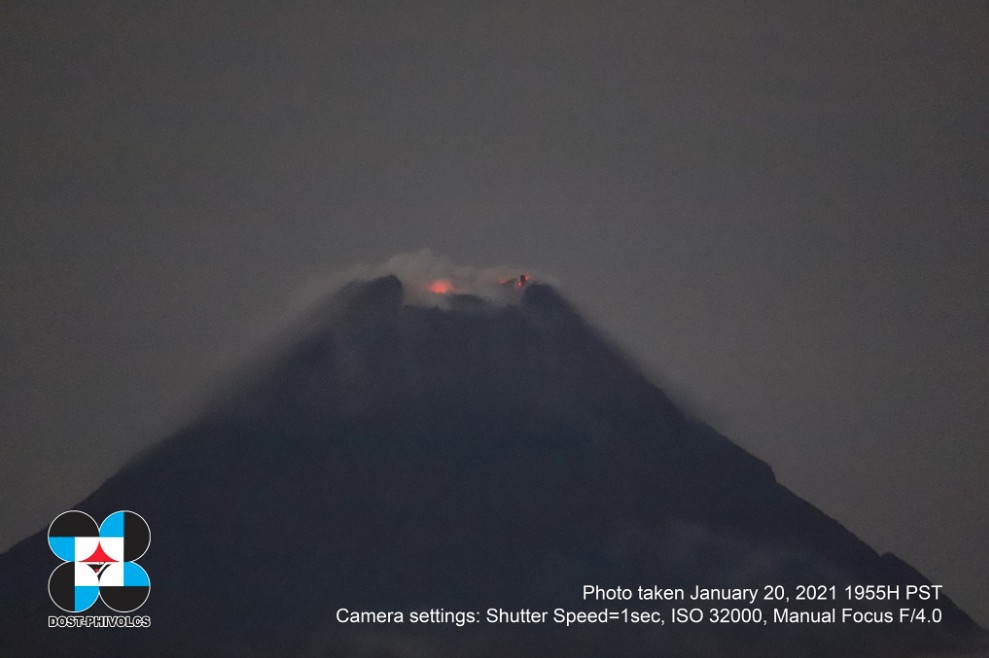 Sulfur dioxide (SO2) emission was last measured (December 29) at an average of 676 tonnes/day which is higher than the threshold of 500 tonnes/day.

Electronic tilt data also showed short-term deflation of the middle slopes since July 2020 after a period of non-steady inflation from late 2019 to mid-2020.

Continuous GPS, however, recorded longer-term inflation of the lower to middle slopes since July 2019. Overall, the Mayon edifice is still inflated with respect to baseline parameters.

The volcano remains at Alert Level 1, which means that it is in an abnormal condition.

Although this means that presently no magmatic eruption is imminent, it is strongly advised that the public refrain from entering the 6 km (3.7 miles) radius Permanent Danger Zone (PDZ) due to the perennial life-threatening dangers of rockfalls, landslides/avalanches at the middle to upper slope, sudden ash puffs and steam-driven or phreatic eruptions from the summit.

Beautifully symmetrical Mayon volcano, which rises to 2 462 m (8 077 feet) above the Albay Gulf, is the Philippines' most active volcano.

The structurally simple volcano has steep upper slopes averaging 35-40 degrees that are capped by a small summit crater. Historical eruptions at this basaltic-andesitic volcano date back to 1616 and range from strombolian to basaltic plinian, with cyclical activity beginning with basaltic eruptions, followed by longer-term andesitic lava flows.

Eruptions occur predominately from the central conduit and have also produced lava flows that travel far down the flanks.

Pyroclastic flows and mudflows have commonly swept down many of the approximately 40 ravines that radiate from the summit and have often devastated populated lowland areas.