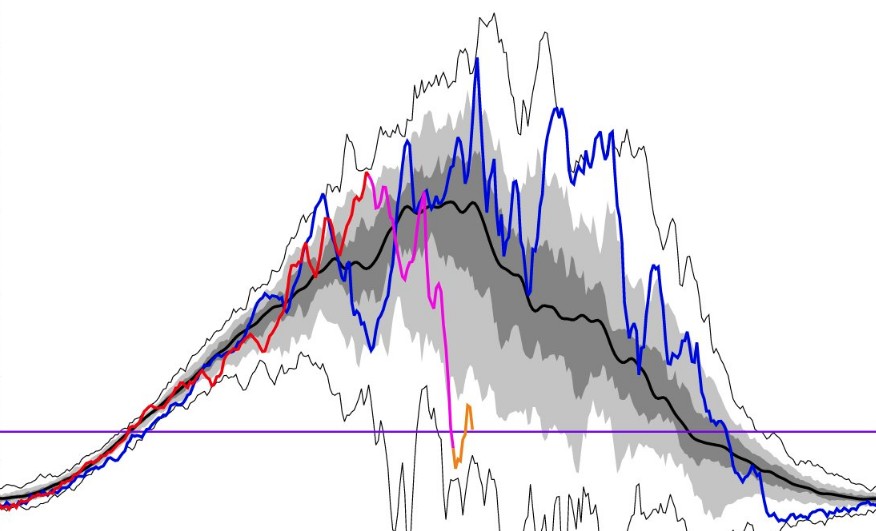 A Sudden Stratospheric Warming event started over the weekend in association with a significant weakening or reversal of westerly winds circulating around the North Pole — between 10 and 50 km (6 – 31 miles) above the ground — the stratospheric polar vortex.

"As predicted, atmospheric observations are now showing that the Arctic stratosphere is undergoing a sudden warming event associated with a weakening stratospheric polar vortex," said Adam Scaife, head of the long-range prediction at the UK Met Office. 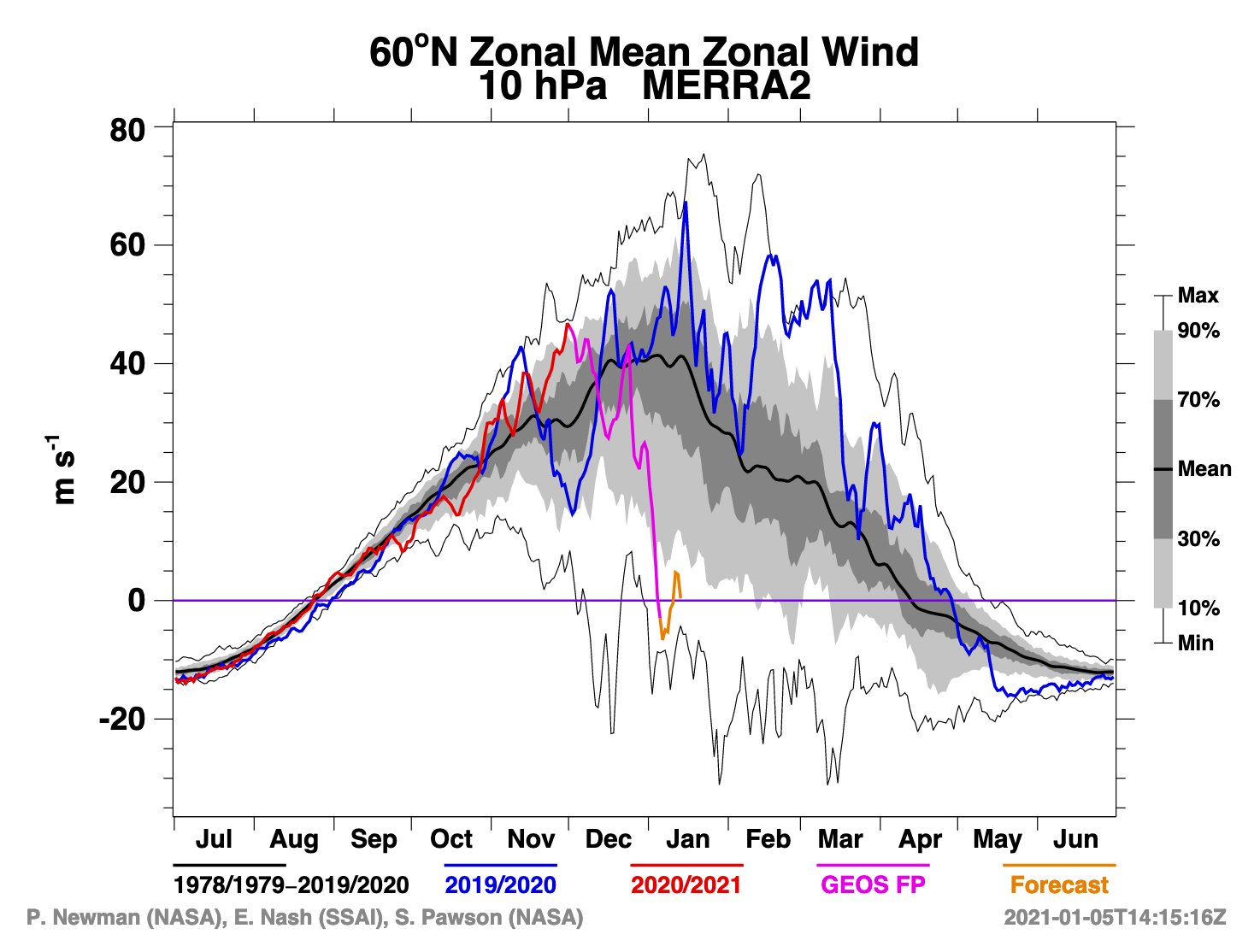 "The first and main round of sudden stratospheric warming sent the stratospheric polar vortex into the ropes but may not be a knockout blow," said Marco Petagna, Media Advisor & Senior Operational Meteorologist with UK Met Office.

"A second less significant warming is still signaled by models which may deplete the vortex further." 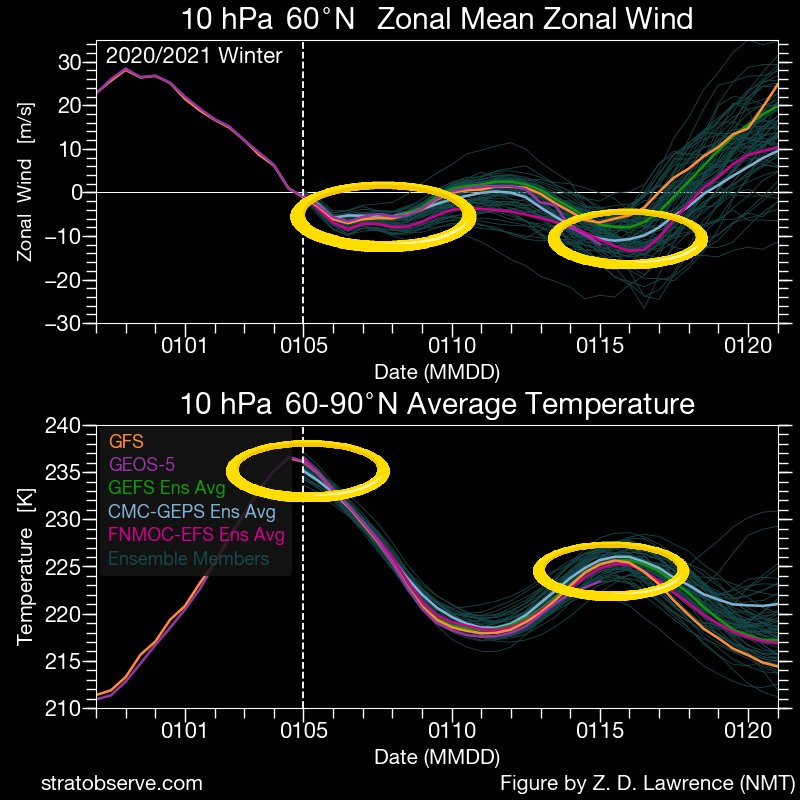 It's been displaced from its usual position over the N Pole, been stretched, and even seen a small split

The intensity of the reddish colours on this map show the strength of the Sudden Stratospheric Warming event high above the Arctic which began over the weekend.
What does an SSW event mean for the UK’s weather? Find out more here https://t.co/y1VOW2DBHO pic.twitter.com/uKVULAVthT

Brilliant thread here…confirming although the #SSW #wind reversal doesn't seem to feed right down through stratosphere on model output, this is quite common in an ssw, and anomalies or weakened W'lies it creates can be sufficient lower down to help impact our surface #weather https://t.co/7YNaGhjAoe pic.twitter.com/eDnZ4mqesF

During SSW events, the vortex can break down completely, and when this happens the disruption in the stratosphere can trigger a shift from westerly to easterly winds which can be followed by lower-altitude winds shifting in the same direction.

On average, 70% of occasions see this switch to easterly conditions at ground level, with the resulting cold and easterly shift in our weather.

"Although the prolonged cold spell and snow events in February and March of 2018 – dubbed the ‘Beast from the East’ by the UK media – were linked to a SSW event, the record warm spell that occurred in February 2019 also followed such an event," said Matthew Lehnert, an Expert Operational Meteorologist with the Met Office.

For Northern America, the first push of Arctic air seems likely to begin later during the second week to early in the third week of January (11th to 15th) from part of western Canada and the U.S. Rockies," AccuWeather's Lead Long-Range Meteorologist Paul Pastelok said.

"After the first surge of Arctic air, there are likely to be additional waves of cold air that spread from the Central states to the Eastern states during the latter part of January and into early February," Pastelok explained.

How severe the cold will get or where the worst of the cold ends up is likely to be dependent on the amount of snow on the ground, AccuWeather senior meteorologist Alex Sosnowski noted.

As the waves of Arctic air get rolling during the second half of the month, and with the Great Lakes largely free of ice, significant rounds of lake-effect snow are expected to unfold in the snow belts with the risk of snow squalls extending well away from the Great Lakes.