The Hawaiian Volcano Observatory (HVO) has recorded over 130 earthquakes beneath the NE top of the Ka‘ōiki fault system, northwest of Kīlauea's summit, on October 22 and 23, 2020. Other Kīlauea monitoring data streams remain stable and show no signs of increased activity.

The largest event in the sequence was a M3 earthquake, with the bulk of the events being less than M2 and not reported widely felt by residents. Reported felt events were described as weak shaking, with a maximum Intensity of III on the Modified Mercalli Intensity Scale. 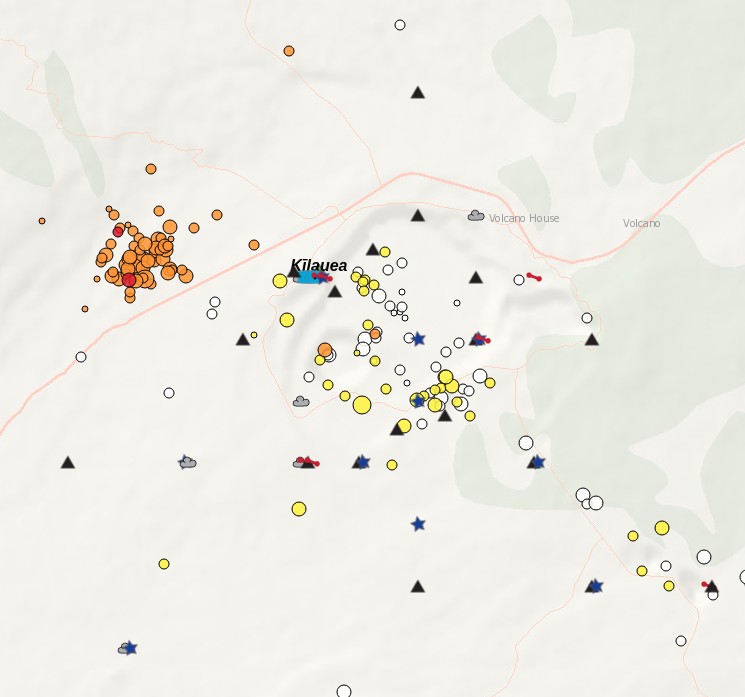 Other monitoring data streams for Kīlauea and Mauna Loa, including ground deformation, gas, and imagery, show no signs of increased activity.

"Clustering of shallow earthquakes in this region does not mean an eruption is imminent," HVO specialists said.

The observatory has recorded shallow earthquakes in this area for many decades across several eruptive cycles at both Kīlauea and Mauna Loa. 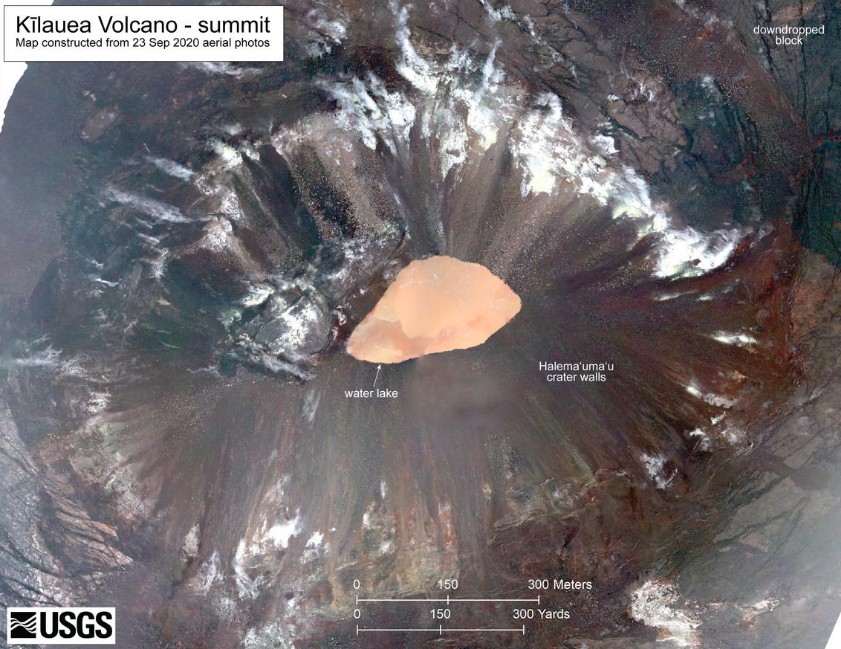 The September 23, 2020, overflight provided aerial photos of Kīlauea's summit that were used to construct an updated map. Poor weather prevented full coverage of the caldera floor, and this map is focused on Halema‘uma‘u. The water lake was 300 m (980 feet) long and had a surface area of 3.3 hectares (8.2 acres). For comparison, on May 29, 2020, the lake was approximately 2.5 hectares (6.2 acres). The label "downdropped block" shows one of the large portions of the caldera floor that subsided, along with the Halema‘uma‘u region, during the 2018 eruption. Credit: USGS/HVO