Tropical Storm "Zeta" formed at 06:00 UTC on October 25, 2020, as the 27th named storm of the 2020 Atlantic hurricane season. The storm is expected to bring heavy rains and strong winds to portions of the northwestern Caribbean Sea and adjacent land areas today and Monday, October 26.

The storm is forecast to become a hurricane by Tuesday, October 27. If that forcest verifies, it would be the 11th hurricane of the 2020 Atlantic season to date, Klotzbach noted.

A Hurricane Watch is in effect for Tulum to Rio Lagartos; and Cozumel, Mexico.

A Tropical Storm Warning is in effect for Pinar del Rio, Cuba; Tulum to Rio Lagartos, and Cozumel, Mexico.

The system is nearly stationary, but a generally NW motion is expected over the next couple of days. 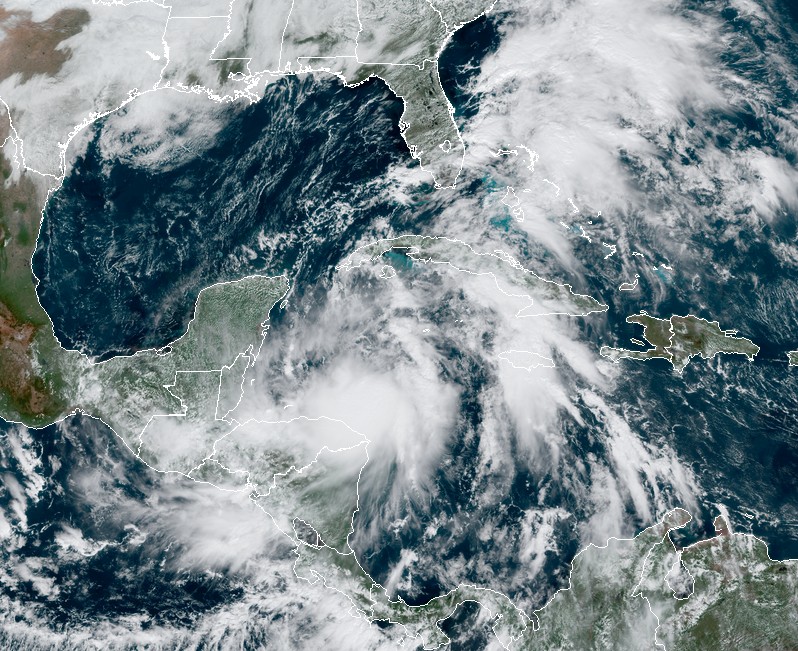 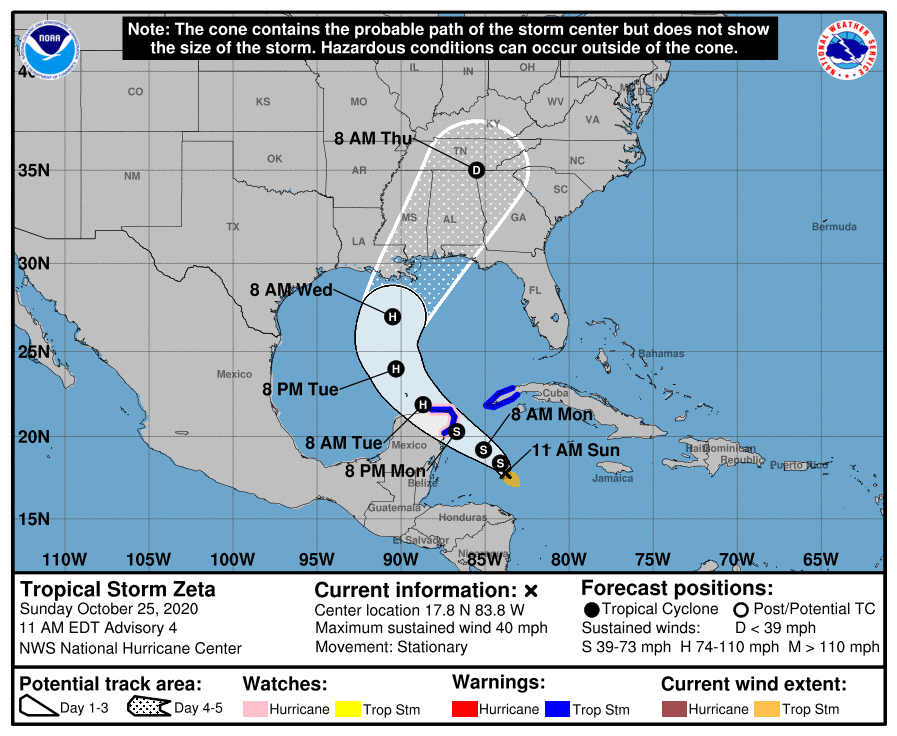 On the forecast track, the center of Zeta will pass south of western Cuba early Monday, October 26, and move near or over the northern Yucatan Peninsula or the Yucatan Channel late Monday, move into the southern Gulf of Mexico on Tuesday, October 27, and reach the central Gulf of Mexico by late Tuesday.

Some strengthening is forecast during the next 48 hours, and Zeta could become a hurricane by the time it moves near or over the Yucatan Peninsula late Monday.

Rainfall totals of 100 – 200 mm (4 to 8 inches) with local amounts of 300 mm (12 inches) are possible through Wednesday along and east-northeast of Zetas track from Jamaica, the Cayman Islands, central to western Cuba,  and the northeast Yucatan peninsula of Mexico.

Additional rainfall amounts of 25 – 75 mm (1 to 3 inches) with local amounts of 125 mm (5 inches) are possible across southern Florida and the Keys over the next 2 days, with isolated storm totals of 200 mm (8 inches).

By Wednesday, October 28, heavy rainfall associated with Zeta will begin to affect the central Gulf Coast region, which may lead to flash flooding in urban areas.

Hurricane conditions are possible within the Hurricane Watch area in the Yucatan Peninsula by late Monday.

A dangerous storm surge will raise water levels by as much as 0.3 – 0.9 m (1 – 3 feet) above normal tide levels along the immediate coast in the Hurricane Watch area near and to the north of where the center makes landfall in the Yucatan Peninsula.