Tropical Storm "Hanna" remains in an atmospheric and oceanic environment conducive for strengthening, and is expected to reach hurricane status before it makes landfall this afternoon (LT) or early this evening, July 25, 2020, along the coast of southern Texas.

Governor Greg Abbott has placed numerous resources across the state on standby, urging residents to take precautionary measures to protect life and property.

"I urge all those who are in the path of this storm to heed the warnings and guidance from local officials before the storm makes landfall. The State of Texas will coordinate with local officials to provide assistance and resources to communities in the area."

A voluntary evacuation is in effect for several communities in Kleberg County, which includes a portion of Padre Island.

Corpus Christi and Nueces County closed their beaches until 06:00 LT on Monday, July 27. 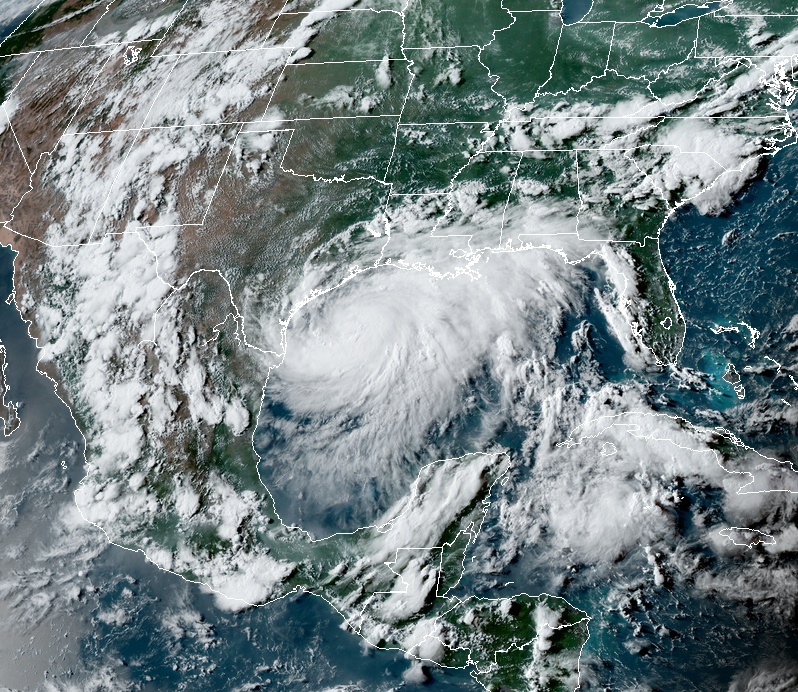 On the forecast track, the center of Hanna should make landfall along the Texas coast this afternoon or early this evening.

Additional strengthening is forecast, and Hanna is expected to become a hurricane before it makes landfall today. Rapid weakening is expected after Hanna moves inland. 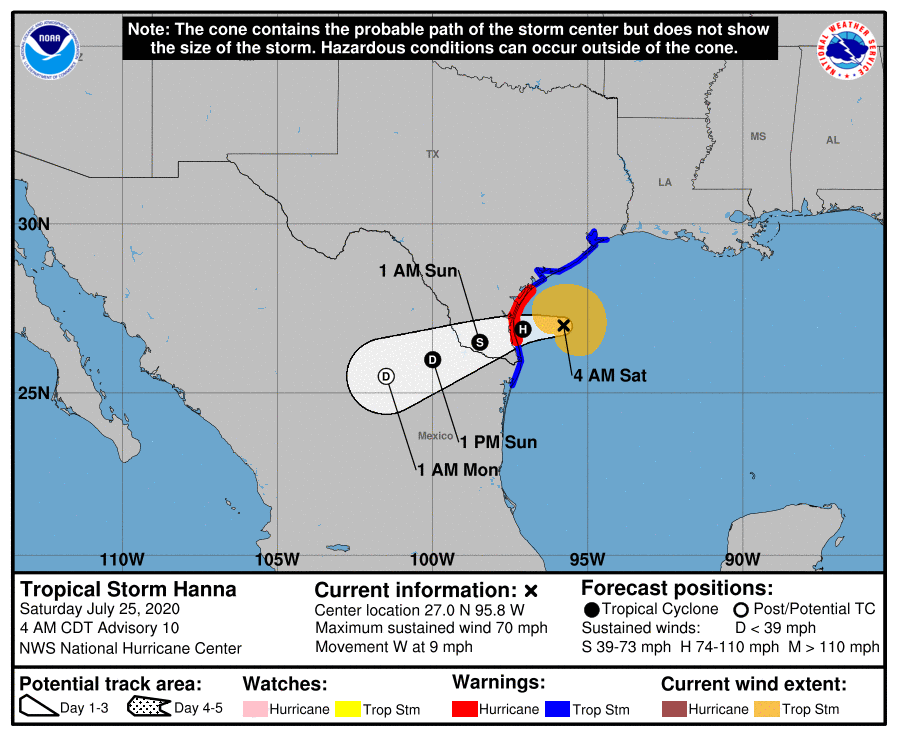 The deepest water will occur along the immediate coast near and to the right of the landfall location. Surge-related flooding depends on the relative timing of the surge and the tidal cycle, and can vary greatly over short distances.

Hanna is expected to produce 150 – 300 mm (6 to 12 inches) of rain with isolated maximum totals of 460 mm (18 inches) through Sunday night in south Texas and into the Mexican states of Coahuila, Nuevo Leon, and northern Tamaulipas.

This rain may result in life-threatening flash flooding, rapid rises on small streams, and isolated minor to moderate river flooding in south Texas.

Swells generated by Hanna are expected to increase and affect much of the Texas and Louisiana coasts during the next couple of days. These swells are likely to cause life-threatening surf and rip current conditions.

A few tornadoes are possible today and overnight over parts of the lower to middle Texas coastal plain.