An intense earthquake swarm started on June 19, 2020, off the coast of North Iceland, NE of Siglufjörður. By 08:19 UTC on June 26, the Icelandic Met Office (IMO) has located over 7 000 earthquakes. The swarm is taking place on the Tjörnes Fracture Zone — an oblique transform zone that separates the northern volcanic zone of Iceland from the Kolbeinsey Ridge. 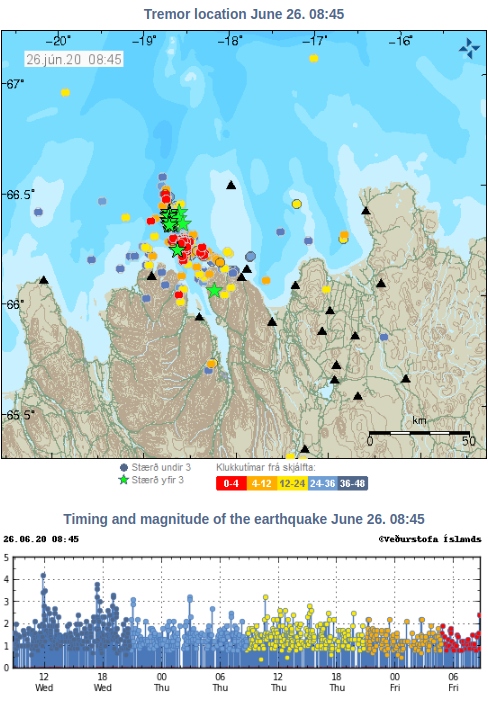 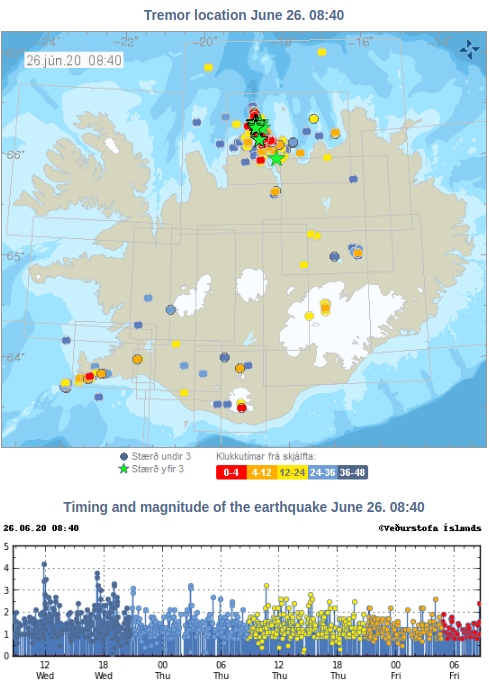 No property damage has been observed in relation to the largest earthquakes but there were reports on smaller items falling from shelves. Following the M5.4 and M5.6 earthquakes on June 20, landslides and falling rocks were observed close to the epicenter of the events. The landslides occurred in places where there are steep slopes and debris and landslides have taken place before.

Compared to previous earthquake swarms in the area it is expected that this swarm will continue during the coming days, IMO said on June 22.