The object, called RX J0209.6-7427, was first spotted during a 6-month long outburst in 1993. It was initially identified as a Be-type X-ray binary, but its real nature remained a mystery as it underwent a dormant state for 26 years, only to flare up again in November 2019.

A team of scientists in India used AstroSat, the country's first dedicated space observatory, to unveil the extreme nature of the origin.

For the first time, they have detected broad-energy X-ray pulsations in the object, which classifies it as a type of object known as an ultra-luminous X-ray pulsar (ULXP).

The pulsar is situated in the Magellanic Bridge– a stream of gas and stars linking the Magellanic Clouds. These are two of the nearest galactic companions to us, and some of the most distant objects that can be seen by the naked eye.

The new X-ray origin is the second-closest ULXP to date, following a 2018 discovery in the Milky Way galaxy, and is only the eighth such object ever found. 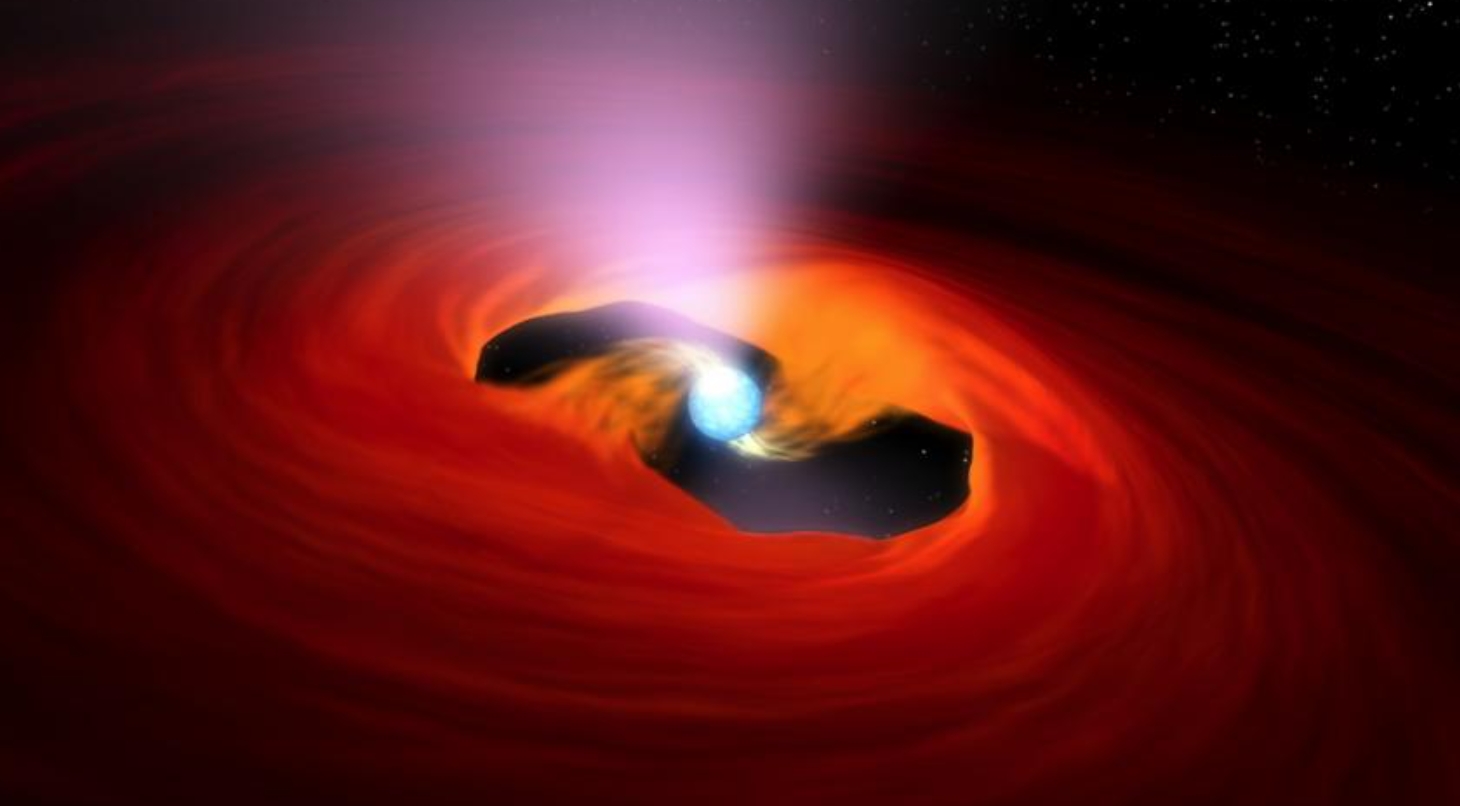 "The conventional theory is that in order to shine so brightly, ULXPs must be glowing accretion discs around black holes," said lead author Deo Chandra. "However, recent discoveries of pulsations in these objects suggest that they may in fact have neutron stars at their heart."

A neutron star is the remains of a dead star containing as much as matter as the Sun but is compressed into a small radius of as little as 10 km (6 miles).

The neutron star in this object is believed to be spinning as fast as 100 times per second and spews pulses of energetic X-rays from its magnetic poles, resulting in the new X-ray pulsar classification.

The researchers also found that the pulsar may even be speeding up, emitting bright X-ray 'fireworks.' This is thought to occur when the neutron star catches material from a companion star, injecting energy into the system and accelerating the rotation.

"This is only the eighth ULXP detected so far, and the first one near the Magellanic Clouds," Chandra stated.

"It raises the interesting possibility that a significant fraction of ultra-luminous X-ray sources may really be neutron stars accreting at super Eddington rates, rather than black holes as previously thought."

We present the timing and spectral studies of RX J0209.6–7427 during its rare 2019 outburst using observations with the Soft X-ray Telescope (SXT) and Large Area X-ray Proportional Counter (LAXPC) instruments on the AstroSat satellite. Pulsations having a periodicity of 9.29 s were detected for the first time by the NICER mission in the 0.2–10 keV energy band and, as reported here, by AstroSat over a broad energy band covering 0.3–80 keV. The pulsar exhibits a rapid spin-up during the outburst. Energy resolved folded pulse profiles are generated in several energy bands in 3–80 keV. To the best of our knowledge this is the first report of the timing and spectral characteristics of this Be binary pulsar in hard X-rays. There is suggestion of evolution of the pulse profile with energy. The energy spectrum of the pulsar is determined and from the best-fitting spectral values, the X-ray luminosity of RX J0209.6−7427 is inferred to be 1.6 × 1039 erg s−1. Our timing and spectral studies suggest that this source has features of an ultraluminous X-ray pulsar in the Magellanic Bridge. Details of the results are presented and discussed in terms of the current ideas.