Researchers from China have proposed a new concept for understanding Sun and the inner heliosphere, which entails deploying six spacecraft in three elliptical orbits between the Earth and Venus and around the Sun to study the star from a 360-degree perspective.

The spacecraft is grouped in three pairs, with the separation angle between two spacecraft in each group measuring about 30 degrees, and 120 degrees between every two groups. This configuration allows the mission to image the wide-area from the photosphere to the inner heliosphere with high resolution.

Three unprecedented capabilities will also be established. First, it will identify the photospheric vector magnetic field without obscurity. Second, it will provide 360-degree maps of the Sun and the inner heliosphere. Third, it will resolve solar wind structures at multiple scales and longitudes.

With these, the mission– called Solar Ring– aims to answer the origin of the solar cycle, solar eruptions, solar wind transients, and severe space weather phenomena. 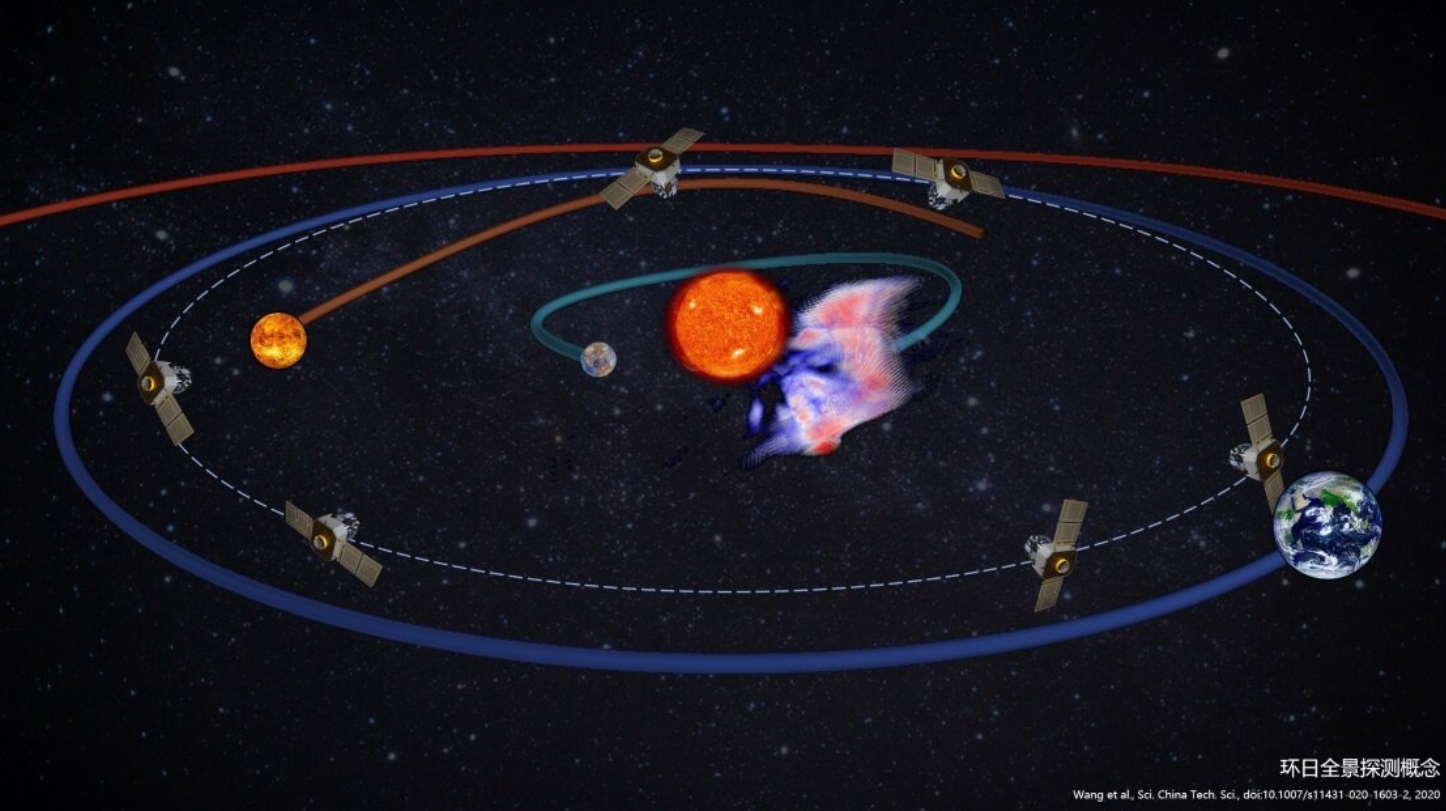 To accomplish the scientific objectives, researchers suggest the following science payloads attached to the spacecraft: spectral imager for magnetic field and helioseismology; a multi-band imager for EUV emissions; a wide-angle coronagraph; a radio investigator; a flux-gate magnetometer; a solar wind plasma analyzer; and a high-energy particle detector.

The initial estimated total mass of the payloads on each spacecraft will be less than 110 kg (243 lbs); the power consumption will not be more than 180 W, and the peak data transmission rate will be around 52.06 Mbps.

The deployment time and the selection of the launch vehicle would depend on the orbital parameters. The most challenging obstacle in the whole task would be data transmission.

However, this rate is far lower than the desired scientific demand, so to solve this problem, researchers will either reduce the data rate or develop more efficient techniques for deep space communication, like laser communication, for instance. 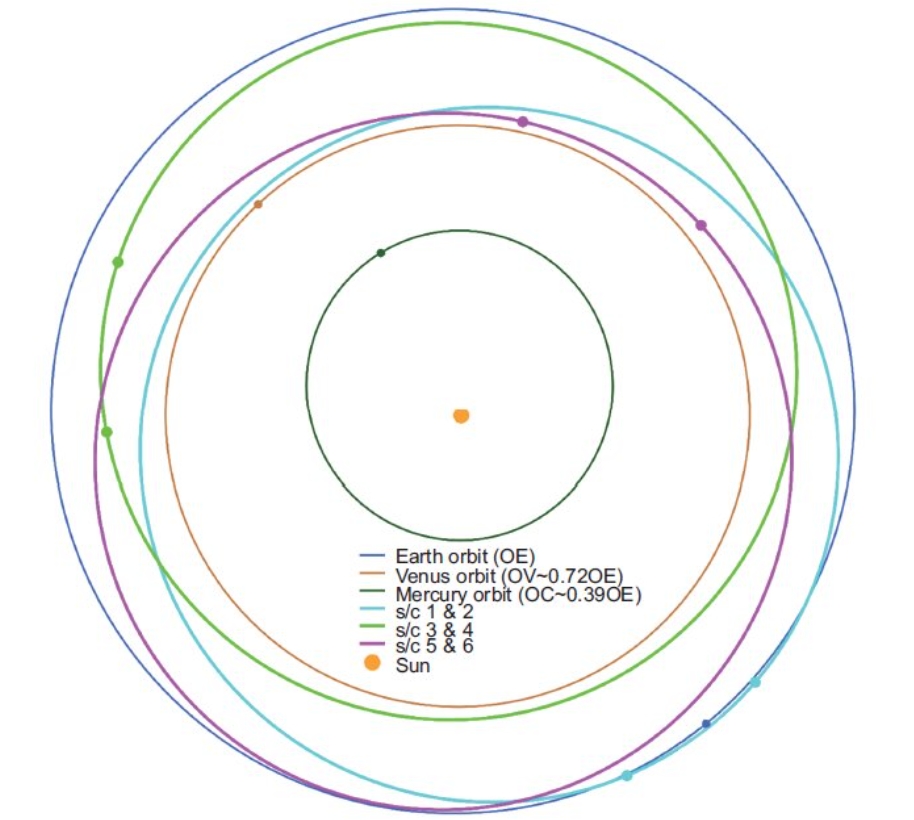 The mission has a long period of implementation with a high cost, but its scientific and application prospects are considered significant. It can be implemented in three phases, with two spacecraft deployed in each.

The successful implementation of any phase can bring huge progress in monitoring ability and scientific research, at the same time, the design information of grouping holds out the prospect and probability of internal cooperation.

The successful accomplishment of the mission will greatly accelerate our understanding of the Sun and the interplanetary space environment around our planet, so as to improve our ability to enter deep space and expand into it.

The concept of the Solar Ring mission was gradually formed from L5/L4 mission concept, and the proposal of its pre-phase study was funded by the National Natural Science Foundation of China in November 2018 and then by the Strategic Priority Program of Chinese Academy of Sciences in space sciences in May 2019. Solar Ring mission will be the first attempt to routinely monitor and study the Sun and inner heliosphere from a full 360-degree perspective in the ecliptic plane. The current preliminary design of the Solar Ring mission is to deploy six spacecraft, grouped in three pairs, on a sub-AU orbit around the Sun. The two spacecraft in each group are separated by about 30° and every two groups by about 120°. This configuration with necessary science payloads will allow us to establish three unprecedented capabilities: (1) determine the photospheric vector magnetic field with unambiguity, (2) provide 360-degree maps of the Sun and the inner heliosphere routinely, and (3) resolve the solar wind structures at multiple scales and multiple longitudes. With these capabilities, the Solar Ring mission aims to address the origin of solar cycle, the origin of solar eruptions, the origin of solar wind structures and the origin of severe space weather events. The successful accomplishment of the mission will advance our understanding of the star and the space environment that hold our life and enhance our capability of expanding the next new territory of human.