Tropical Storm "Cristobal" formed at 15:15 UTC on June 2, 2020, as the earliest third named storm in the Atlantic, beating the previous record set by Tropical Storm "Colin" which formed on June 5, 2016.

Cristobal formed from remnants of Tropical Storm "Amanda" — the first named storm of the 2020 Pacific hurricane season — responsible for at least 23 deaths in El Salvador (17), Guatemala (2) and Honduras (4), and tens of thousands affected.

Additional heavy rainfall — with totals up to 890 mm (35 inches) — are possible in portions of southern Mexico, Guatemala, Honduras, and El Salvador, which could cause additional life-threatening flash flooding and mudslides. 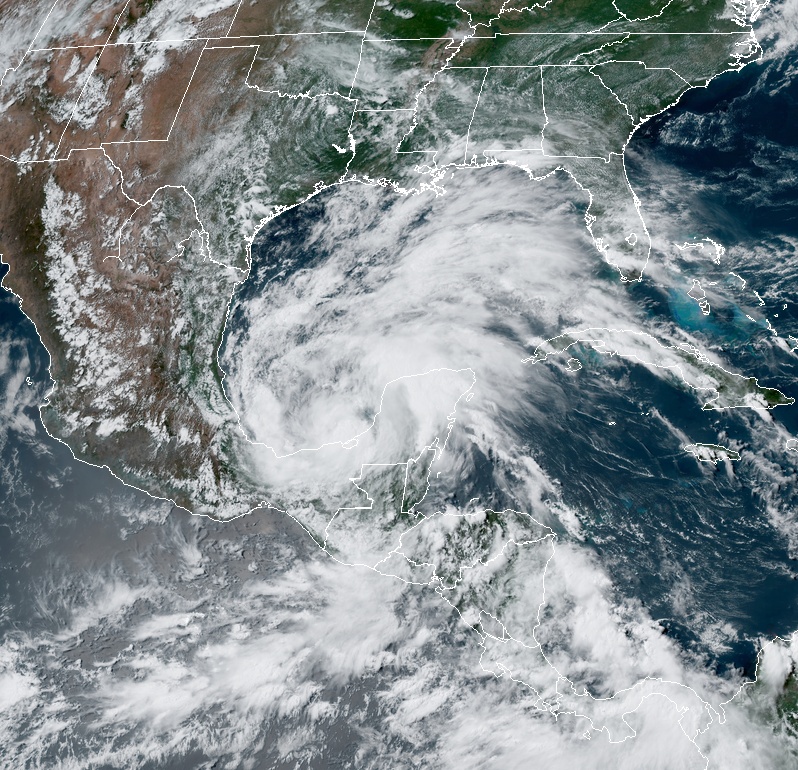 Global models show the cyclone being trapped between two mid-level anticyclones until later in the week, when some increase in southerly flow should begin to carry the system toward the northern Gulf of Mexico coastline, NWS said.

The official track forecast closely follows the dynamical model consensus. At this time, both the track and intensity forecasts are of low confidence.  However, for the next couple of days, the main threat from this slow-moving cyclone is from widespread heavy rains over portions of southern Mexico and Central America. 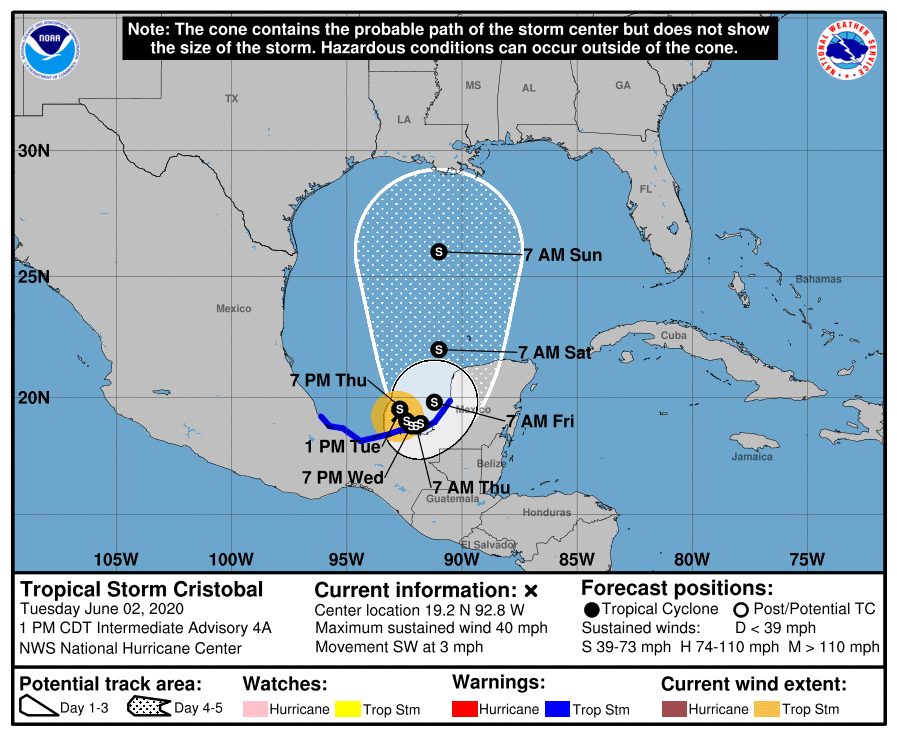 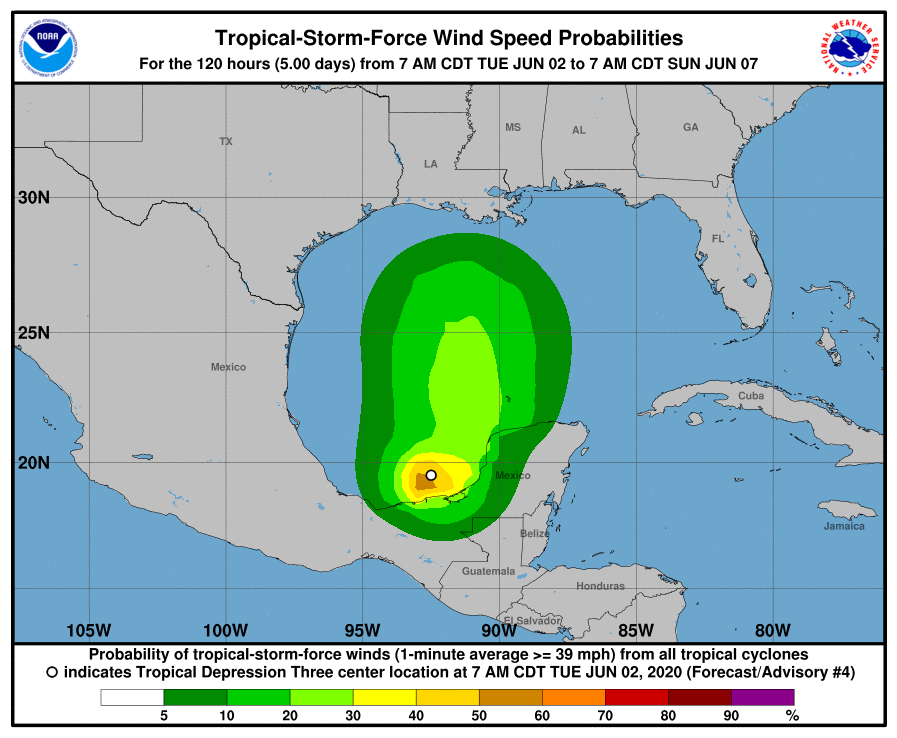 A Tropical Storm Warning is in effect for Campeche to Puerto de Veracruz, Mexico.

Cristobal is expected to produce total rain accumulations of 250 to 500 mm (10 to 20 inches) with isolated maximum amounts of 635 mm (25 inches) over parts of the Mexican states of Tabasco, Veracruz, and Campeche.

Total rain accumulations of 250 to 380 mm (10 to 15 inches) over northern Chiapas and other Mexican states, Quintana Roo and Yucatan. Additional rainfall of 250 to 380 mm, with isolated amounts of 635 mm (25 inches) is expected along the Pacific coasts of Chiapas, Guatemala, and El Salvador.

Some of these Pacific locations received 500 mm (20 inches) of rain over the weekend, and storm total amounts of 890 mm (35 inches) are possible.

Rainfall in all of these areas may produce life-threatening flash floods and mudslides.