A depression east of Florida has strengthened into Tropical Storm "Arthur" at 03:00 UTC on May 17, 2020, as the first named storm of the 2020 Atlantic hurricane season. The season officially starts on June 1 and ends on November 30, dates that conventionally delimit the period of each year when most tropical cyclones form in the Atlantic basin.

This is the sixth year in a row that the Atlantic Ocean has had at least 1 named storm prior to the official start of the hurricane season.

A Tropical Storm Watch remains in effect for portions of the North Carolina coast — Surf City to Duck, and Pamlico and Albemarle Sounds.

The system has been affecting parts of Florida with heavy rains and thunderstorms even before it fully developed. A number of flash flood warnings were issued along its southeastern coast, while street flooding was reported across the Miami metro area. 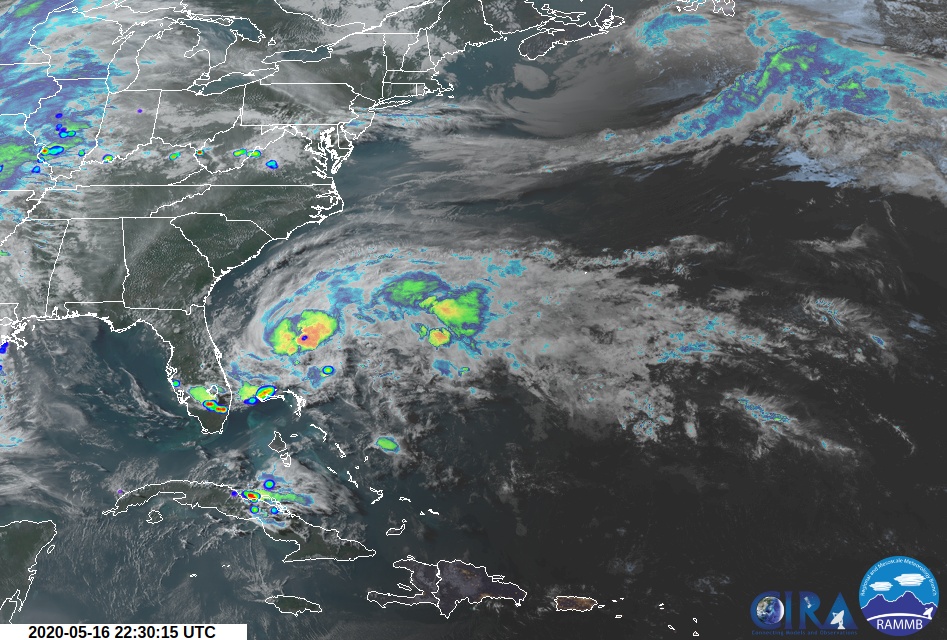 And a really good night to stay away from the beach, eh? pic.twitter.com/xyE100kXtM

According to the NHC forecast, this general motion is expected to continue today, followed by a faster NE motion on Monday.

Arthur is expected to remain well offshore the east coast of Florida, Georiga and South Carolina today, and then move near or east of the coast of North Carolina on Monday, May 18.

Tropical storm conditions are possible within the watch area on Monday. 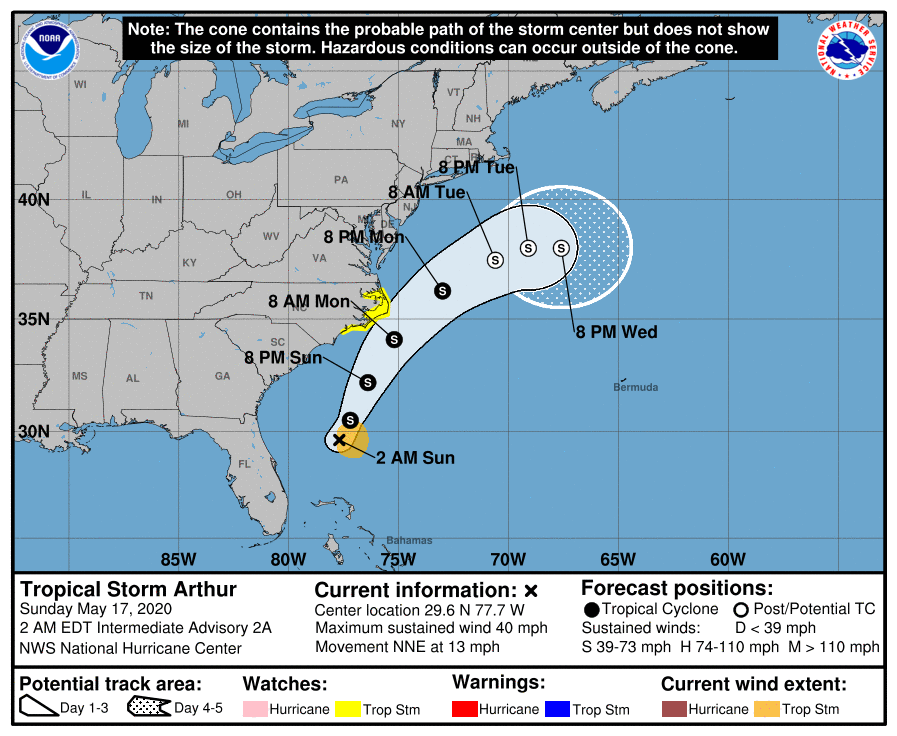 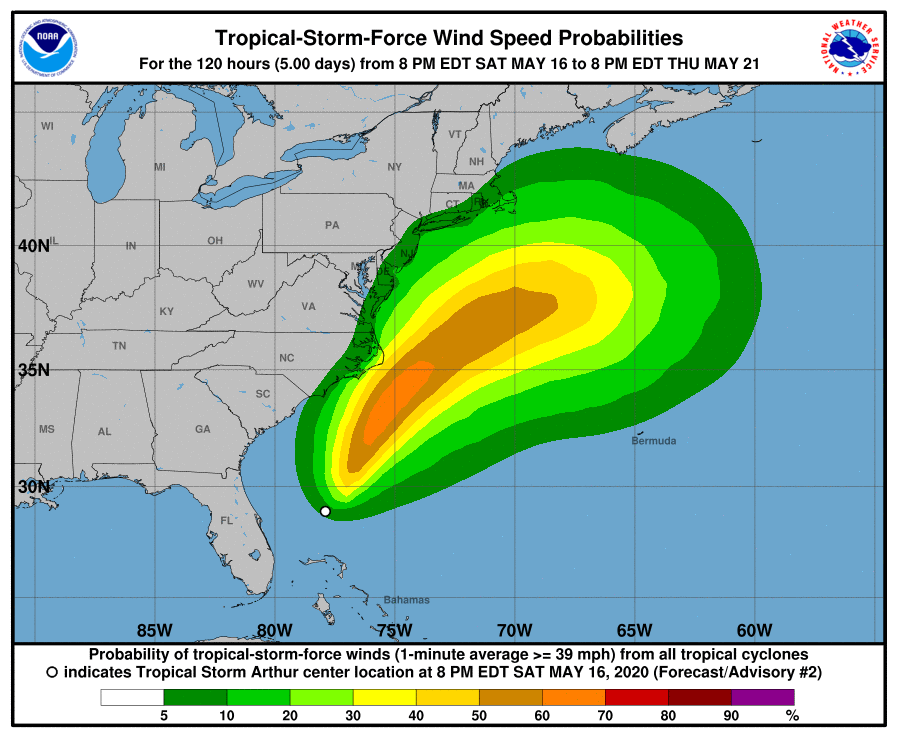 Arthur is expected to produce additional rain accumulations of 25 – 50 mm (1 to 2 inches) over the central and northwest Bahamas, through this morning.

Swells generated by Arthur are affecting portions of the east coast of central and northern Florida. These swells are expected to spread northward during the next few days, and could cause life-threatening surf and rip current conditions across much of the U.S. southeast and mid-Atlantic coasts.