Typhoon "Vongfong" (Ambo) has weakened into a tropical depression on May 16, 2020, after leaving a trail of destruction in the Philippines' central region. More than 12 000 people were evacuated in Samar as extensive damage was reported to properties and agriculture. The initial damage to crops and livestock has reached roughly 80 million pesos or about 1.6 million dollars in the Bicol Region, where 35 000 were preemptively displaced. One person has lost its life.

Tens of thousands were evacuated and hundreds of residential properties were damaged in three provinces of Samar Island at the peak of the typhoon.

On Friday, May 15, more than 200 persons and 110 vehicles were stranded in Allen Port, Northern Samar. 546 evacuation centers were established across the Eastern Visayas region, including 282 in Leyte, 136 in Northern Samar, 58 in Biliran 47 in Samar, and 23 in Eastern Samar.

During the same day, the whole province of Eastern Samar had no electricity. Communication lines were also disrupted in the towns of Dolores, Oras, Arteche, Jipapad, and San Policarpo.

Houses and infrastructure in other parts of the province were also hit, including in Arteche and Oras. 23 060 people, including 5 822 families, were affected.

Governor Ben Evardone compared the damage caused by Vongfong to the one caused by Super Typhoon "Haiyan" or Yolanda.

"Based on my observation this morning until this afternoon, I think the devastation, in terms of infrastructure and agriculture, I think can be compared to Yolanda," he stated Friday. "The major difference, during Yolanda, some hundreds and thousands of people died, unlike this one."

Evardone added that several local governments fell short of funds after much of it was used for COVID-19 efforts. The storm destroyed a church, evacuation centers, and crops in the province. One person reportedly died after being hit by glass shards in a school building.

"The damage I saw was very extensive. The roof of one church was ripped off completely, its iron bars twisted badly by the typhoon."

The governor appealed help from the Air Force to reach the towns of Jipapad and Maslog as the areas became inaccessible due to fallen trees.

In Northern Samar, agriculture and fisheries were also badly hit.  Flooding was reported on the national highway of San Roque. According to lieutenant colonel Maria Bella Rentuaya, the provincial spokesperson of the Police Regional Office (PRO), the estimated number of damaged houses was 355.

Meanwhile, in Bicol Region, 35 489 individuals or 9 435 families were preemptively evacuated as the storm wreaked havoc. The Department of Agriculture (DA) regional office estimated 80 million pesos or 1.6 million dollars' worth of preliminary damages to crops and livestock.

Although Vongfong did not directly hit the entire region, some parts were badly affected, particularly Masbate and Sorsogon.

LGUs affected by the storm were called on to integrate COVID-19 protocols into contingency plans in response to a probable higher risk of transmission in evacuation centers.

With this, evacuation places in the Bicol Region and Eastern Visayas were limited to taking in only half of their capacity. Evacuees were also required to wear protective masks.

Other areas in the country's central portion also battered by heavy rains and strong winds included Nueva Ecija, Pangasinan, and some parts of CALABARZON, where 1 081 persons or 5 822 families were evacuated. 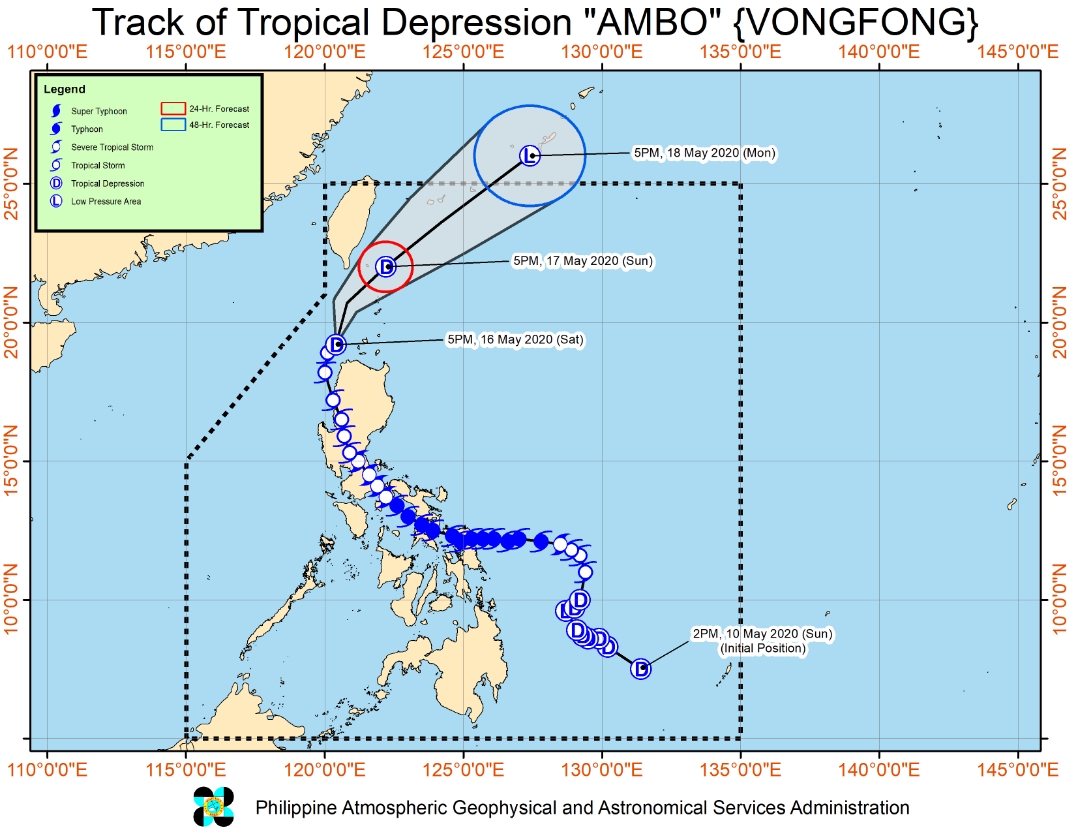