A bright fireball streaked across the sky over Louisiana at around 01:45 UTC on May 11, 2020 (20:45 LT on May 10). The American Meteor Society (AMS) received 24 reports about the event from eyewitnesses as far north as Bogue Chitto in Mississippi and as far east as Pensacola in Florida Panhandle.

Based on the AMS' estimated trajectory, the fireball traveled northeast to southwest and was visible from Pearl River Canal near Talisheek, to an area near Sandalwood Drive in Houma.

All reports sent to the organization said the fireball did not make a sound. Most witnesses described it to be very bright and close to the Earth.

An observer in Baton Rouge also attested to others' descriptions of how brilliant the meteor was.

"It was the brightest, lowest, and longest-lasting shooting star I have ever seen, and I regularly watch showers."

"I could visibly see an object when it began to dissipate."

She continued, "the stream of light behind it was very bright blue/green and the initial front end was bright white/yellow and you could see greens, blues, and yellows as it went across the sky." 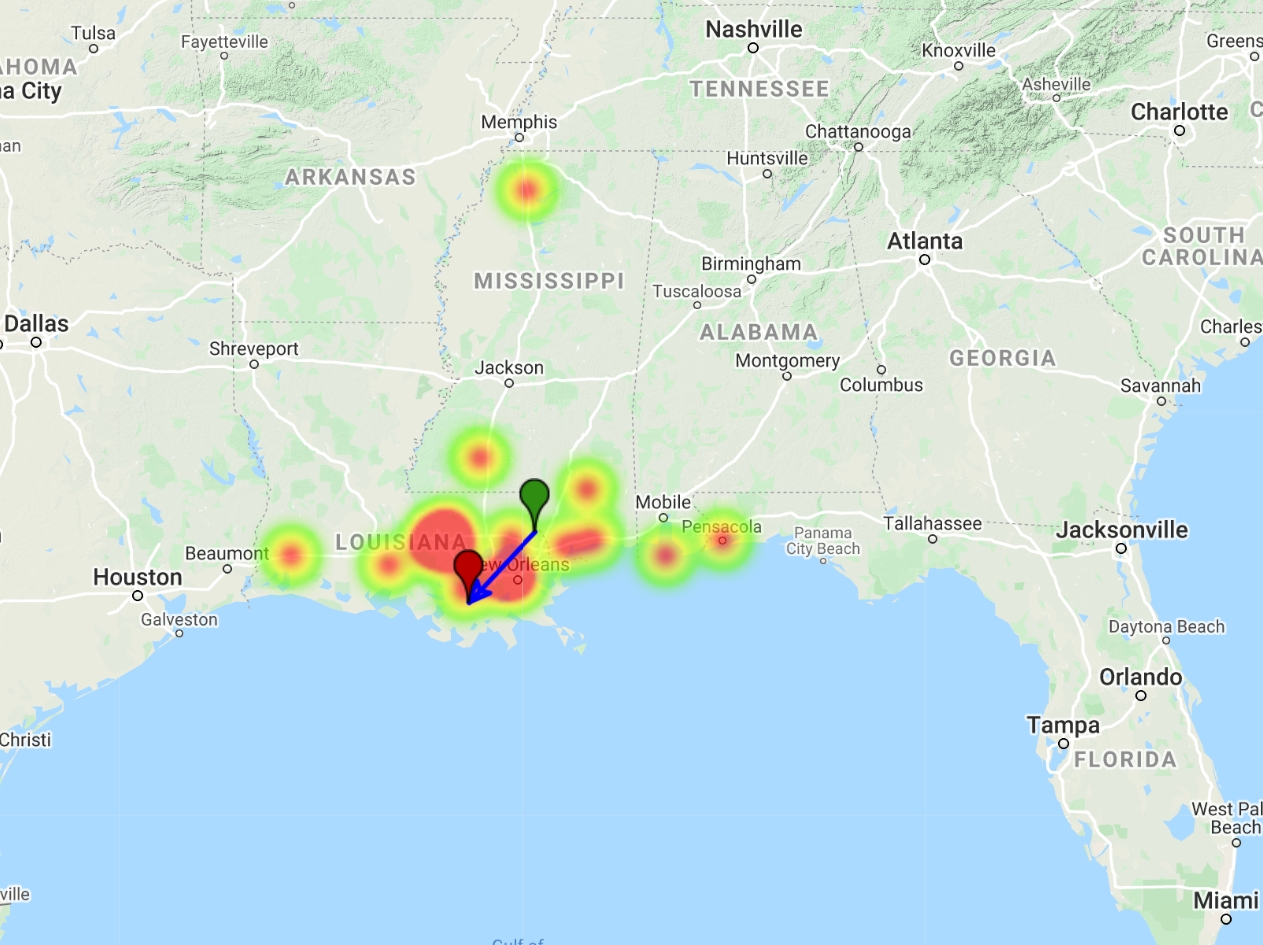 Another watcher from the area shared his experience, saying, "I am a novice backyard stargazer. I have seen meteors in Perseid Meteor shower and one or possible randoms that we’re cool but did not prompt me to report or investigate further, online or otherwise."

"What I saw tonight was much more intense. It was a very bright, very large, very much a fireball in [the] sky, with a tail seemingly burning and closer than meteors I saw in Perseid showers," he added.

"It was something much different and more intense/exciting than anything I’ve seen previously."

Check your security cameras… apparent #meteor captured in the skies over Baton Rouge at 8:47 PM by @katemasc. My neighbor reported seeing something at the same time. Also several reports on the AMS fireball site… #LAwx https://t.co/TPprM8syEU pic.twitter.com/0959XjZaj1