Tropical Depression "Ambo" — the first named storm of the 2020 Pacific typhoon season — has developed east of Mindanao, Philippines, on May 10, 2020. As of 02:00 UTC (10:00 LT) on May 12, the storm is almost stationary with maximum sustained winds of 56 km/h (34 mph) near the center and gusts up to 70 km/h (44 mph). It is forecast to strengthen into a tropical storm (international name Vongfong) over the next 24 hours and make landfall over Catanduanes, Bicol on May 14 with maximum sustained winds of 130 km/h (80 mph).

A low-pressure area near Micronesia was first noted by the Joint Typhoon Warning Center (JTWC) on Saturday, May 9. The system developed into a tropical depression on May 10, prompting JTWC to issue a Tropical Cyclone Formation Alert.

Local weather bureau PAGASA upgraded the system to a tropical depression later that day, naming it Ambo– the first tropical cyclone to enter the Philippine Area of Responsibility this year. On May 11, JTWC upgraded it as well, designating the storm as 01W. 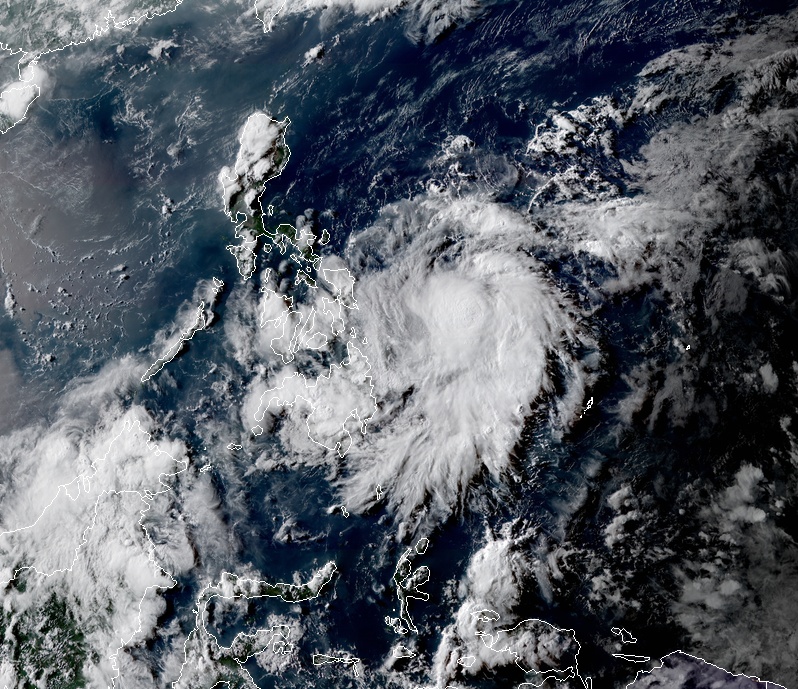 Within 24 hours, the trough of the tropical depression is forecast to dump scattered light to moderate and at times heavy rain showers during thunderstorms over the Mindanao region, PAGASA stated. 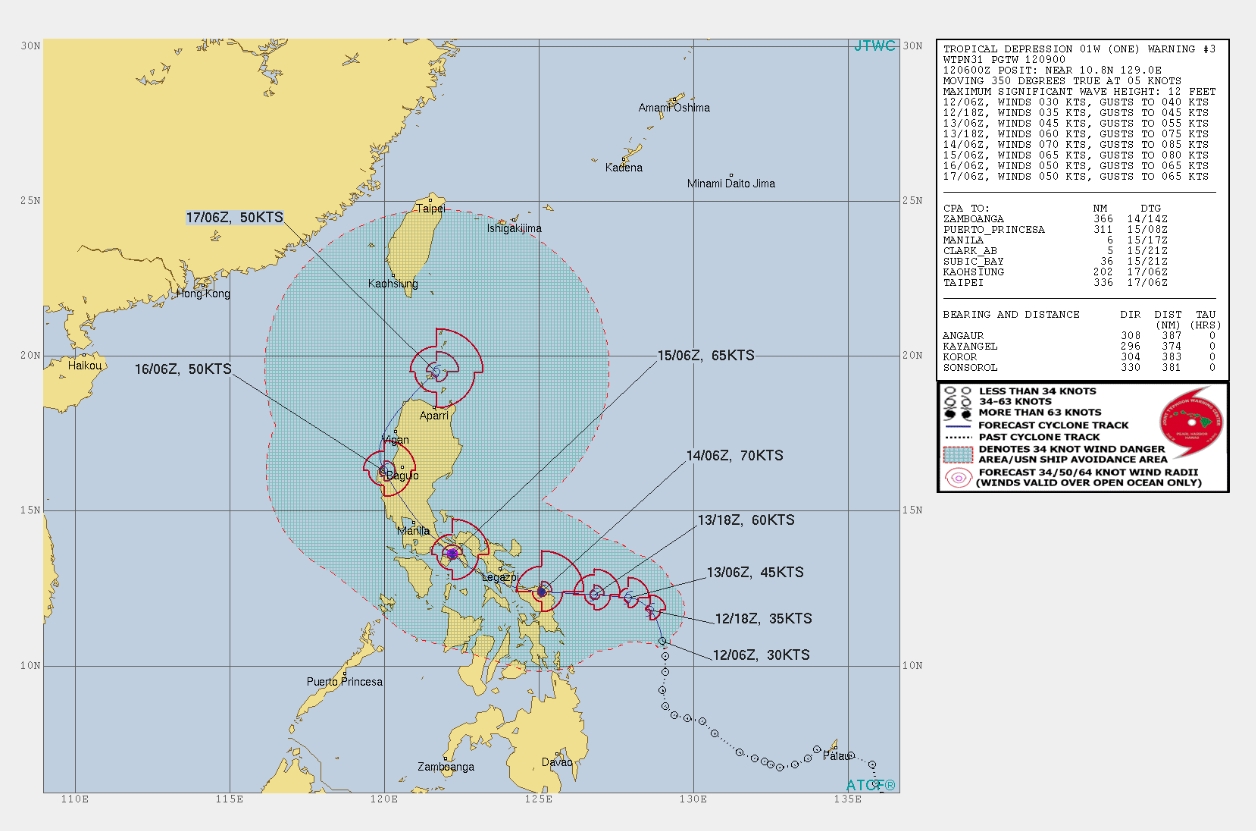 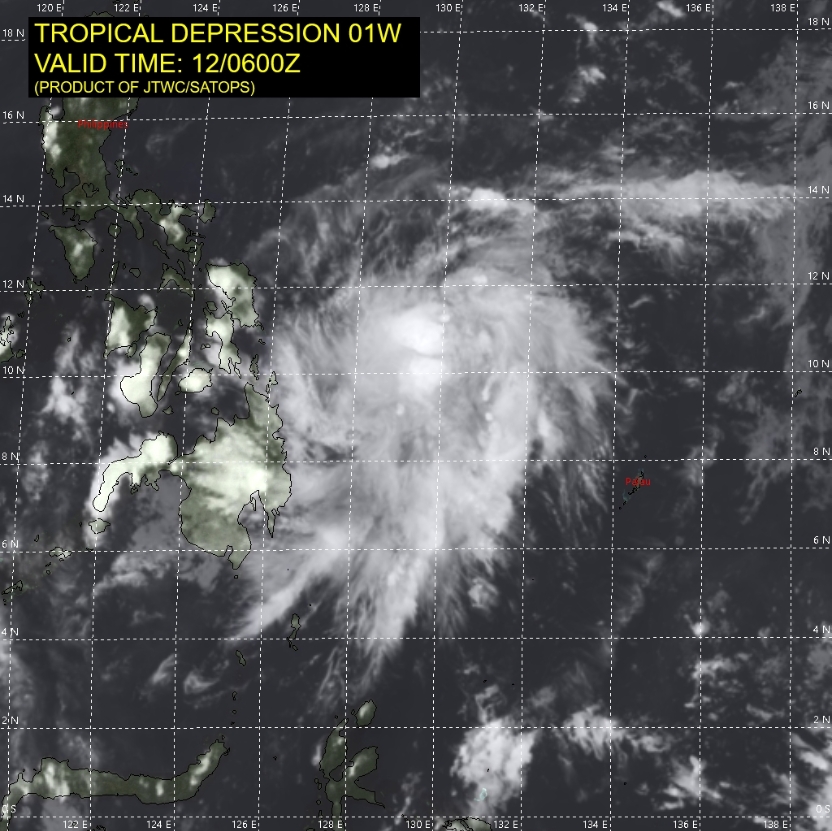 Flooding and landslides due to heavy rain may occur in vulnerable areas during prolonged rainfall, the bureau warned.

Fisherfolks over the eastern seaboards of Eastern Visayas and Caraga, also those with small seacrafts, are advised to avoid venturing out on the said areas as moderate to rough seas will be experienced.

Tropical Cyclone Wind Signal #1 may be raised over parts of Eastern Visayas later on Tuesday, May 12, as strong winds associated with the depression are possible.

Ambo is forecast to intensify into a tropical storm within 24 hours. By then, it'll be located about 280 km (174 miles) east of Borongan City in Eastern Samar. 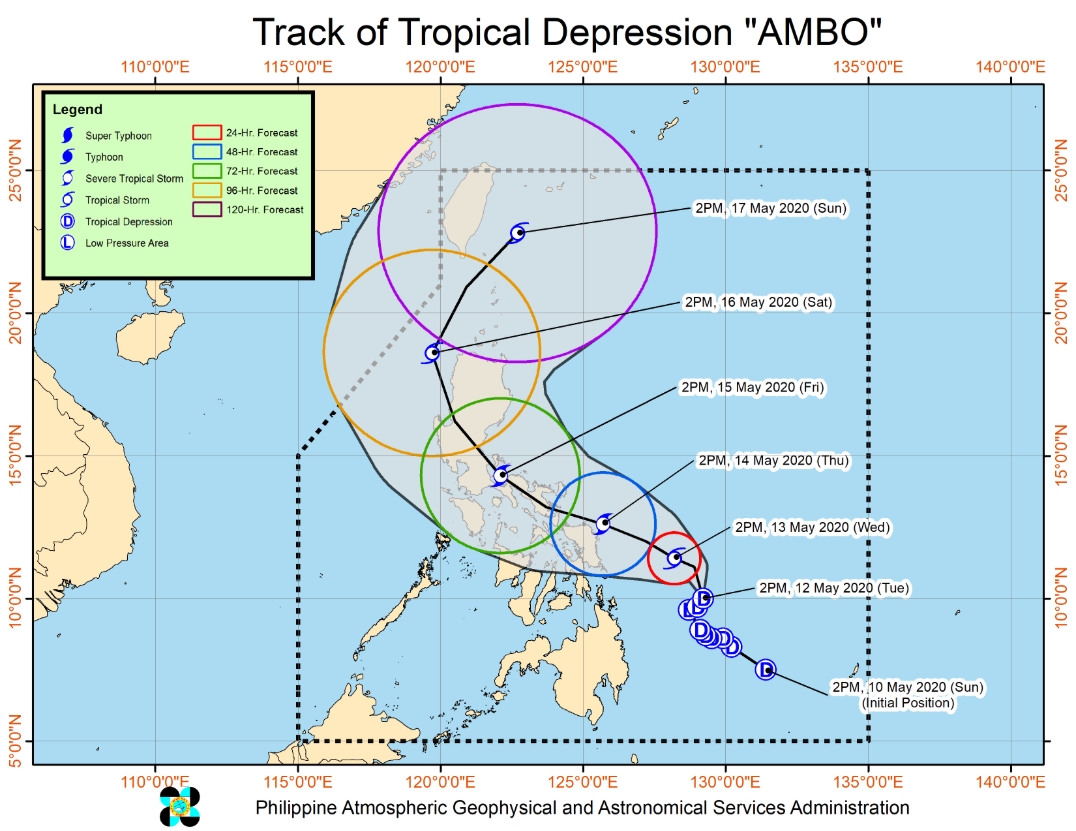 Accuweather noted that the course Ambo will take this week into the weekend will depend on a non-tropical storm system that will be heading over Japan.

If the non-tropical storm travels farther north, it will have less impact over Ambo and it can continue heading to the west, which would bring tropical downpours and gusty winds across the northern Philippines throughout the weekend.