A seismic swarm took place in the Campi Flegrei area near the Pisciarelli fumarole at the Solfatara crater in Italy, on Sunday night, April 26, 2020.

The seismologists of the Vesuvian Observatory (Naples Section of the INGV), who analyzed the events, did not detect any anomalies with respect to the current trend of the ongoing earthquake crisis.

"The occurrence of swarms of seismic events, which in some cases may be felt by the population, ordinarily occur during a period characterized by bradyseismic activity," they said.

Scientists at the observatory continue surveying the fumaroles in the Pisciarelli area, and report that there has been no opening of new vents. 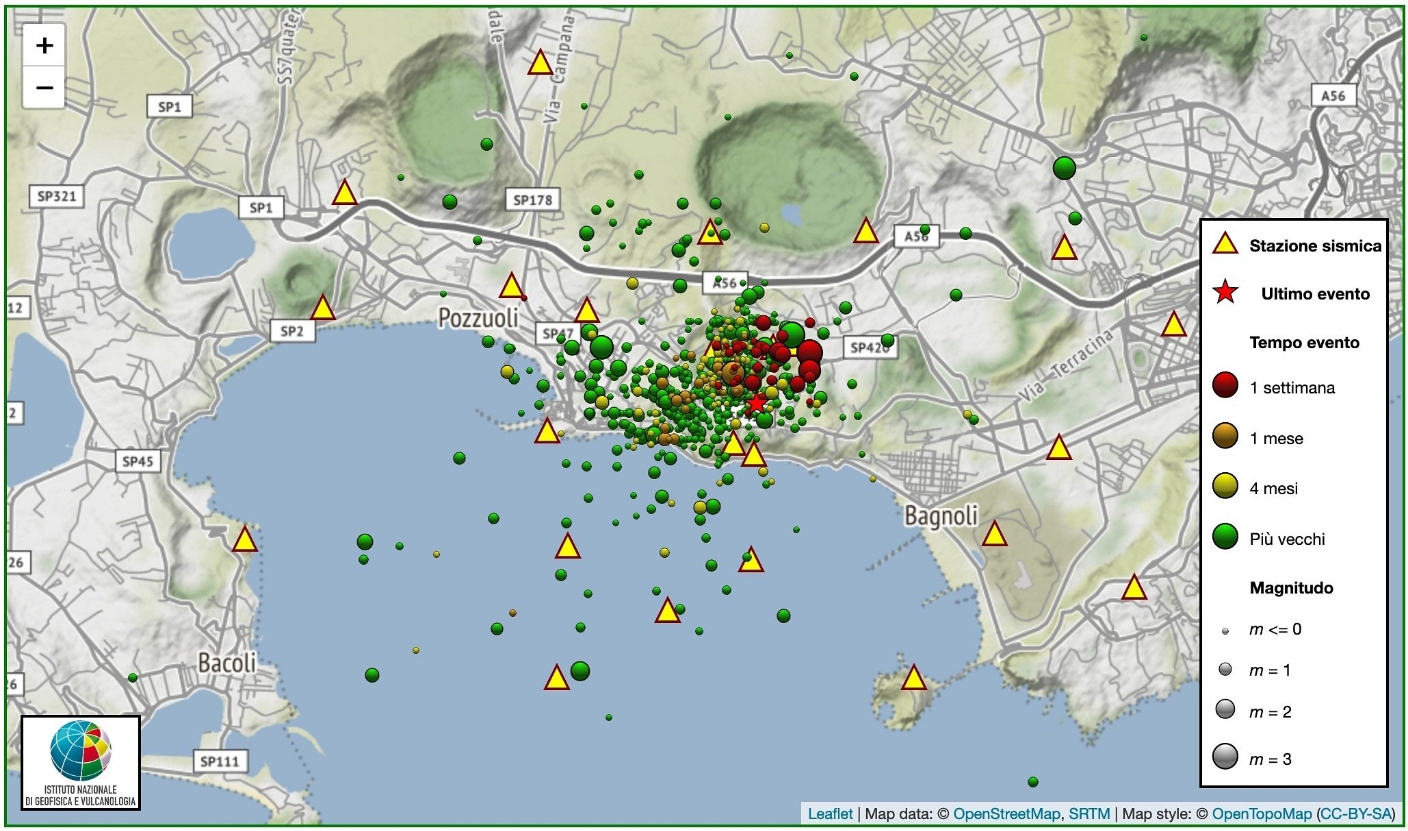 In 7 days to April 21, the observatory recorded a total of 21 earthquakes in the Campi Flegrei area, with magnitudes up to 1.1.

Campi Flegrei is a large 13-km-wide (18 miles) caldera on the outskirts of Naples that contains numerous phreatic tuff rings and pyroclastic cones. The caldera margins are poorly defined, and on the south lie beneath the Gulf of Pozzuoli.

Episodes of dramatic uplift and subsidence within the dominantly trachytic caldera have occurred since Roman times. The earliest known eruptive products are dated 47000 yrs BP.

Two eruptions have occurred in historical time, one in 1158 at Solfatara and the other in 1538 that formed the Monte Nuovo cinder cone.