Newly-discovered comet C/2019 Y4 (ATLAS) has broken up before its much-anticipated show, with at least three fragments observed on Saturday and Sunday, April 11 and 12, 2020.

ATLAS was discovered on December 28, 2019, in the constellation of Ursa Major. Over the next couple of months, ATLAS was brightening at an almost unprecedented speed and was expected to be visible to the naked eye and put on a spectacular show by the end of May, should it survive the course of its journey and manage to remain intact.

By March 17, ATLAS was magnitude +8.5 object — more than 600 times brighter than what astronomers have anticipated.

However, early in April, observers in China reported the first signs of it breaking up. Its condensed core or pseudo-nucleus appeared elongated– a behavior consistent with the nucleus' major disruption.

Astrophysicist Gianluca Masi of The Virtual Telescope Project then confirmed the breakup event on April 11, saying, "Comet C/2019 Y4 (ATLAS), the one we were hoping to see putting on a great show, has shattered both its and our hearts." 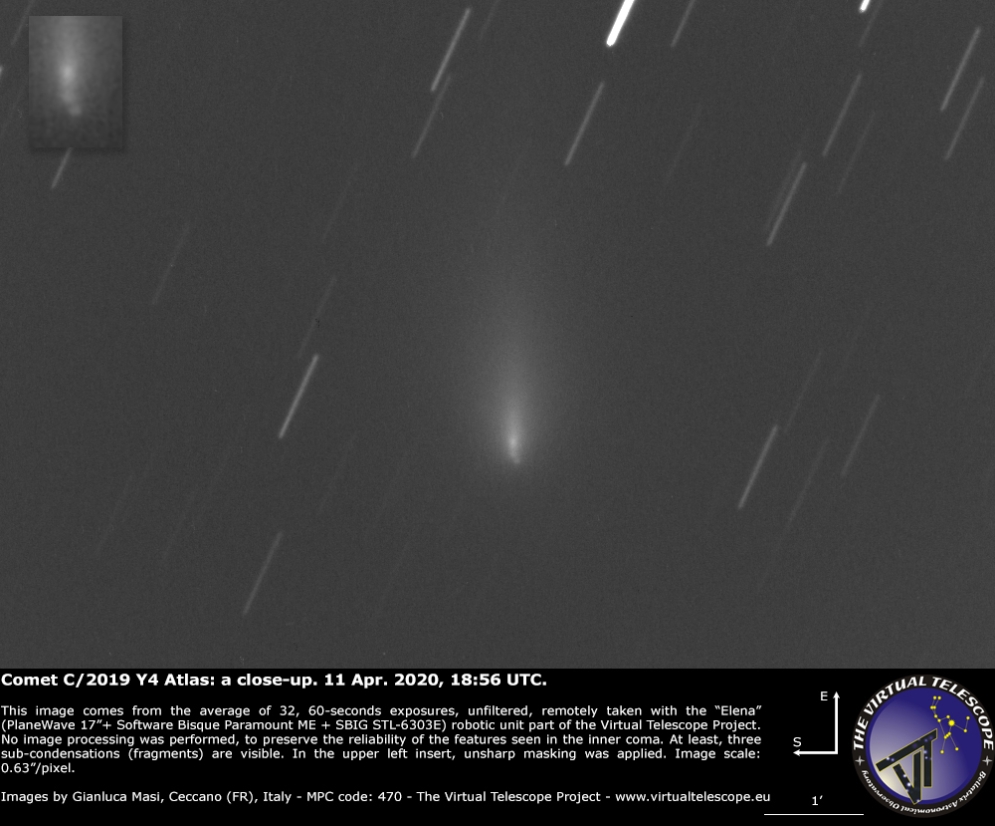 The central region in the upper left insert shows at least four fragments– indicating that the comet indeed broke up.

"In the upper left insert, we present a 2x re-scaled detail, processed via unsharp masking. In short: the same situation as in the first image, which is, of course, better, using more sub-frames: consider it as your reference image." 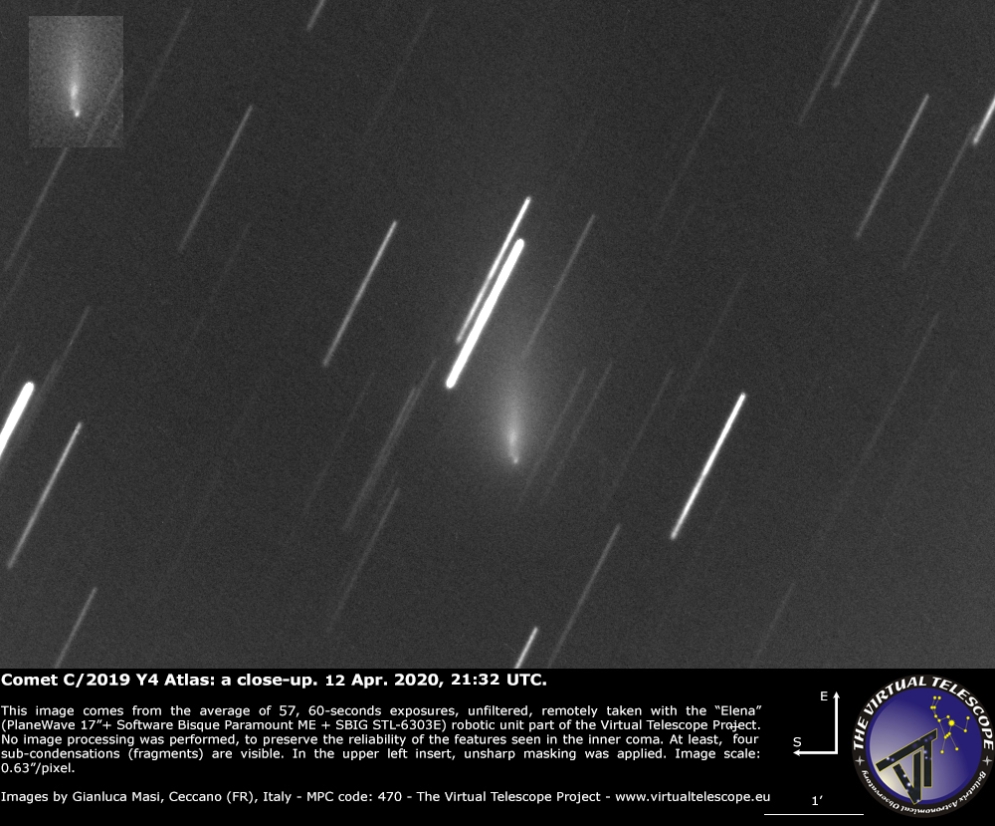 In an update on Sunday, April 12, Masi was able to clearly detect the comet, with significant changes in the brightness distribution.

The telescope monitored the comet's apparent motion and images were stacked using its orbit for best accuracy. There was no image processing to provide the reliability of visible features.

"The signal-to-noise ratio is reasonably good, so it is possible to do, carefully, some digital enhancements," he also wrote.

In the upper left insert, the central region shows there are surely three, likely four fragments, as what was observed the previous day.

In this follow-up, the most-western fragment is now the brightest, when it looked the faintest on Saturday, "while the overall aspect of the group changed as for expansion of the components." 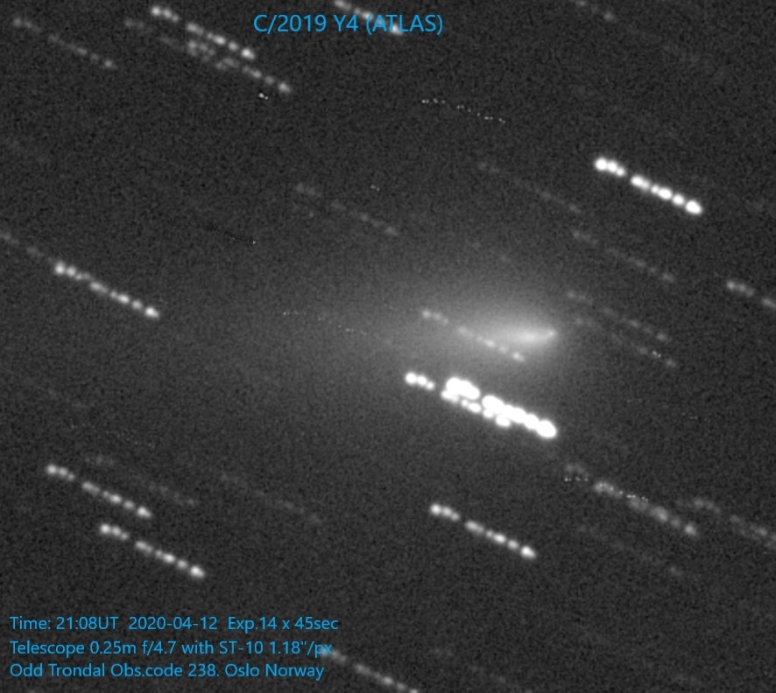 Comets are known to be erratic and hard to predict. As they approach the Sun, the heat and radiation can cause serious damage to the icy object.

"The frustrating thing about comets is [that] we often don't know exactly what they're doing or why they're doing it," said astrophysicist Karl Battams from the Naval Research Laboratory and NASA's Sungrazing Comets Project.