The NASA/ESA Hubble Space Telescope has captured the sharpest view of Comet C/2019 Y4 ATLAS disintegrating into pieces. About 30 fragments were identified on April 20, but just three days later on April 23, the telescope spotted only 25.

"Their appearance changes substantially between the two days, so much so that it's quite difficult to connect the dots," said David Jewitt, leader of one of the two teams that photographed the comet and also a professor of planetary science and astronomy at the University of California, Los Angeles.

"I don't know whether this is because the individual pieces are flashing on and off as they reflect sunlight, acting like twinkling lights on a Christmas tree, or because different fragments appear on different days."

Quanzhi Ye of the University of Maryland and the leader of the second team expressed his excitement over the observations, saying, "such events are super cool to watch and because they do not happen very often."

He continued, "Most comets that fragment are too dim to see. Events at such scale only happen once or twice a decade." 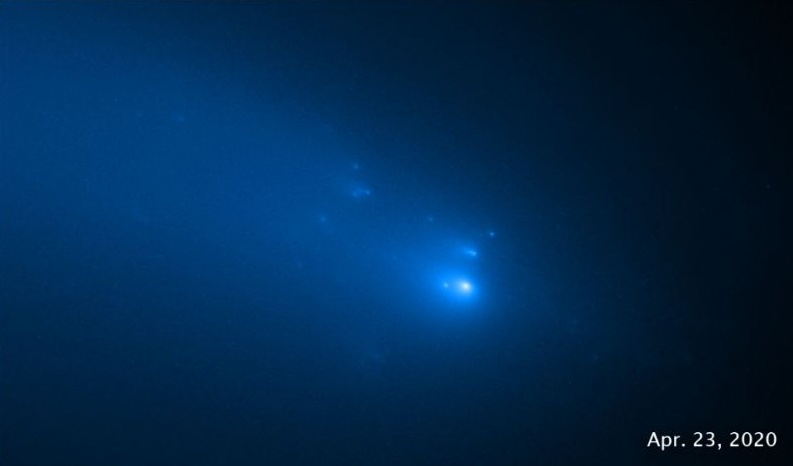 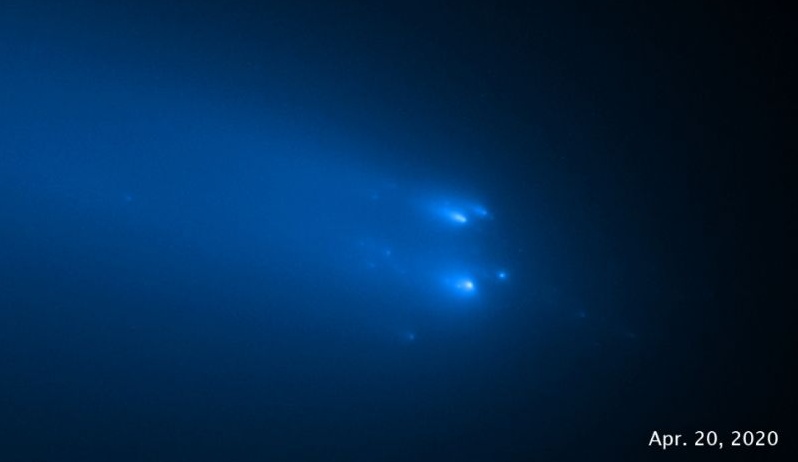 The results are proof that comet fragmentation is actually common, researchers said. Since this occurs rapidly and unprecedentedly, astronomers remain unsure about the cause of fragmentation– and Hubble's sharp photos may provide new clues to the breakup.

Hubble identifies pieces as small as the size of a house, but prior to the disintegration, the entire nucleus had the length of two football fields.

One theory is that the original nucleus whipped itself into pieces because of the jet action of outgassing from sublimating ices. Since the venting is not dispersed evenly across the comet, it contributed to the breakup. "Further analysis of the Hubble data might be able to show whether or not this mechanism is responsible. Regardless, it's quite special to get a look with Hubble at this dying comet," said Jewitt.

The comet was first discovered in December 2019 by the Asteroid Terrestrial-impact Last Alert System (ATLAS) robotic astronomical survey system in Hawaii. The comet rapidly brightened until mid-March, leading some astronomers to believe that it could become visible to the naked eye in May. However, the comet suddenly started getting dimmer, then its fragmentation occurred. 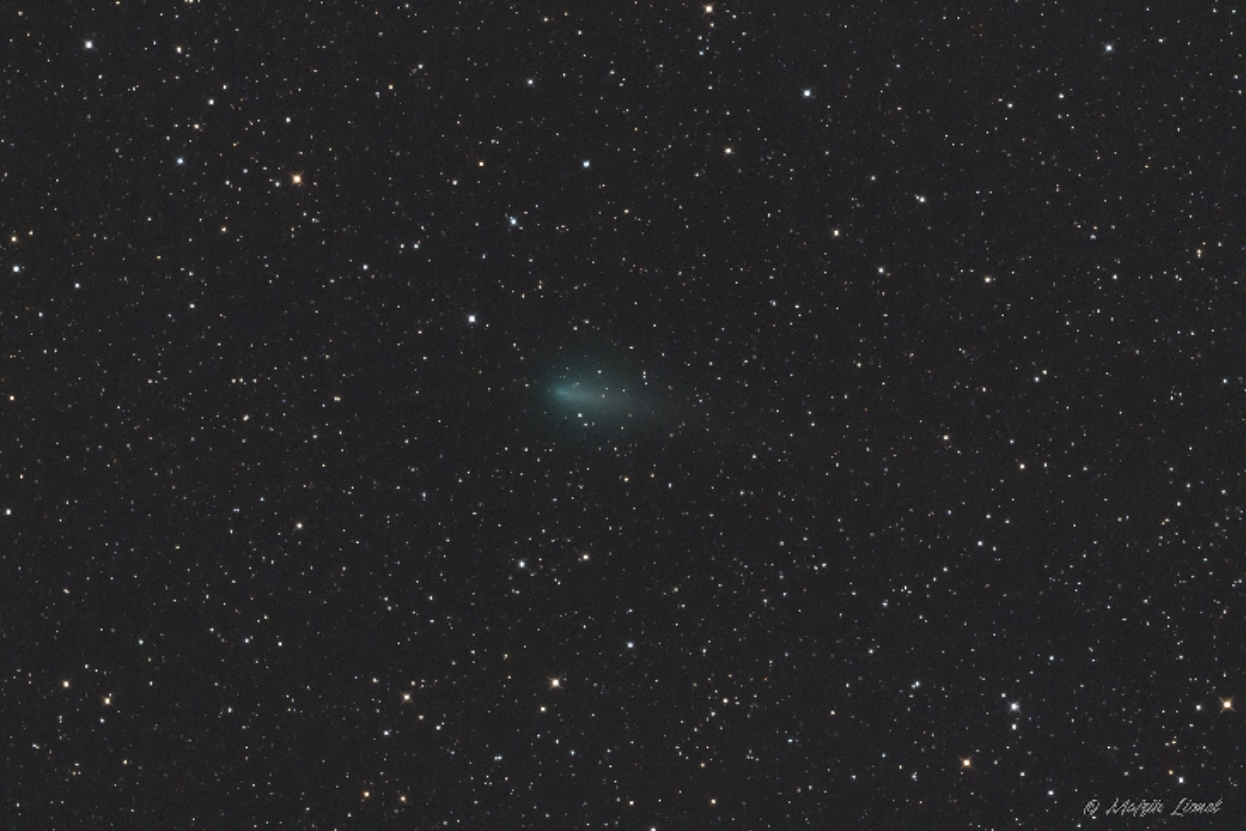 The recently discovered long-period comet C/2019 Y4 (ATLAS) has an orbit resembling comet C/1844 Y1 (Great Comet), suggesting a common origin. This is only the third identified long-period comet group. Here we request 1 (one) HST orbit to constrain the nucleus size of C/2019 Y4 and to search for smaller, young fragments in its vicinity, with the goal being to understand the mechanism that drives the disintegration of its progenitor.

We seek HST time with the WFC3 camera in order to study the on-going break-up of long-period comet C/2019 Y4 (ATLAS). Break-up of comets may be the dominant destruction process of these bodies, yet is poorly studied because breakups occur unpredictably and evolve rapidly, require timely observations which are difficult to secure. We propose a 4 orbit allocation to measure the temporal evolution of the fragments, in order to measure the brightness and velocity distributions and to measure fragment nn-gravitational acceleration caused by outgassing forces (the latter are a measure of fragment size). We will also seek evidence for rotational and other modulation of the primary nucleus and fragments, indicative of patchy distribution of surface volatiles. A Monte-Carlo dust model will be applied to imaged of the diffuse envelope. C/2019 Y4 has the potential to be one of only a handful of disrupting comets ever studied at HST resolution, and to set exciting constraints on models of the breakup mechanism.