Category 5 Severe Tropical Cyclone "Harold" continues to move southeast over the Coral Sea after making landfall over Vanuatu's Espiritu Santo Island at around 00:00 UTC (11:00 LT) and Pentecost at around 07:10 UTC on April 6, 2020, with maximum sustained winds up to 215 km/h (134 mph).

Residents of the Sanma, Malampa, Torba, and Penama said Monday their provinces were devastated, with communication lines down in the worst-affected areas.

"There is lots of damage in Sanma, they lost lots of buildings," said Vanuatu Red Cross CEO Jacqueline de Gaillande.

"We don't know if we can provide any supports to the island because we are not allowed to travel inter-island and we are waiting for the government to make that decision," she continued. No injuries have been reported at the time of press. 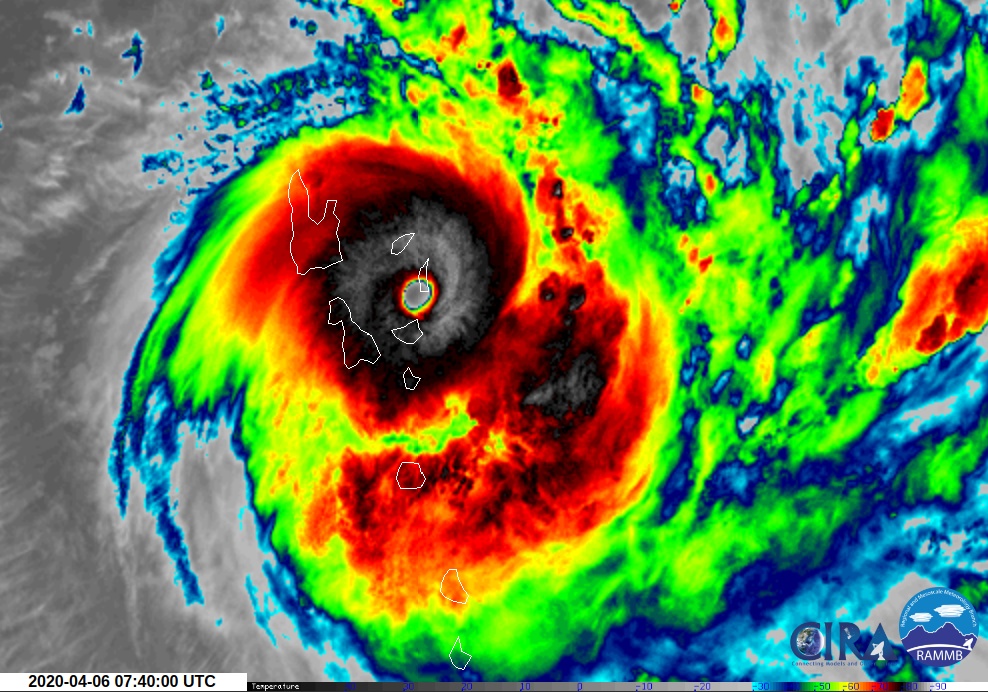 #TCHarold on Santo.
Roof of Maritime office is gone. pic.twitter.com/Md7SWRemS6

Breaking: #TCHarold has made landfall at 10am this morning on the island of Espiritu Santo in Vanuatu.

Updates coming in from our #PacificClimateWarrior Vanuatu, Paula Leo sharing images from Santo of the impacts of #TCHarold. Prayers go out to our families and friends. pic.twitter.com/ivJlh7gqrO

#Harold Part of the damage caused by the Cyclone #Harold in #Vanuatu  pic.twitter.com/h8pOL5hSKx

#CycloneHarold #Vanuatu #TCHarold #Santo First images coming in from main street of #Luganville on Espiritu Santo island which is experiencing the full force of Harold. pic.twitter.com/ltcVijAyxZ

According to VMGD, damaging gale force winds of 90 km/h (56 mph) gusting to 110 km/h (68 mph) will continue to batter the provinces of Torba and Shefa within the next six to 12 hours.

Destructive storm force winds of 120 km/h (75 mph) with gusts up to 150 km/h (93 mph) are currently affecting the provinces of Sanma, Penama, and Malampa. 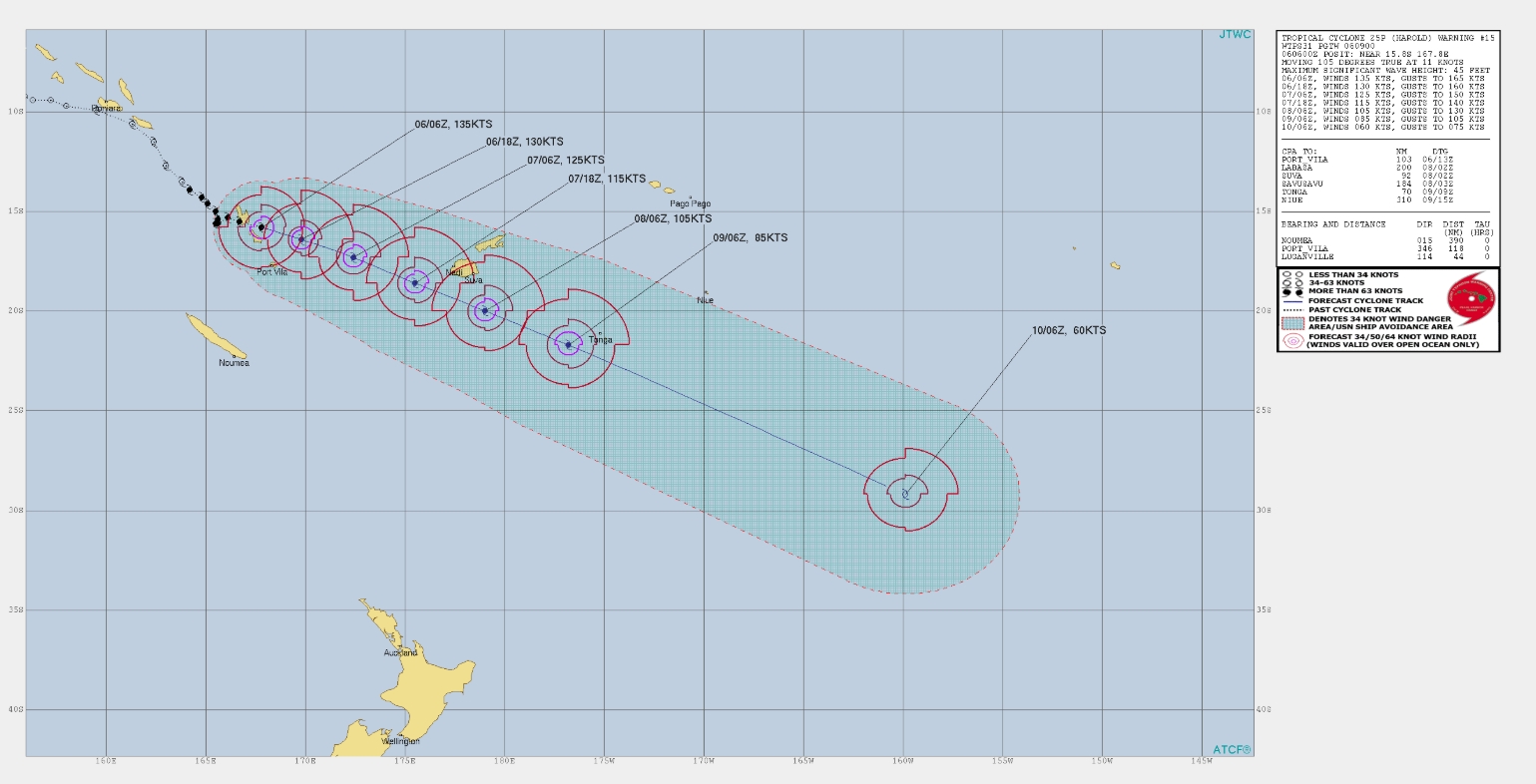 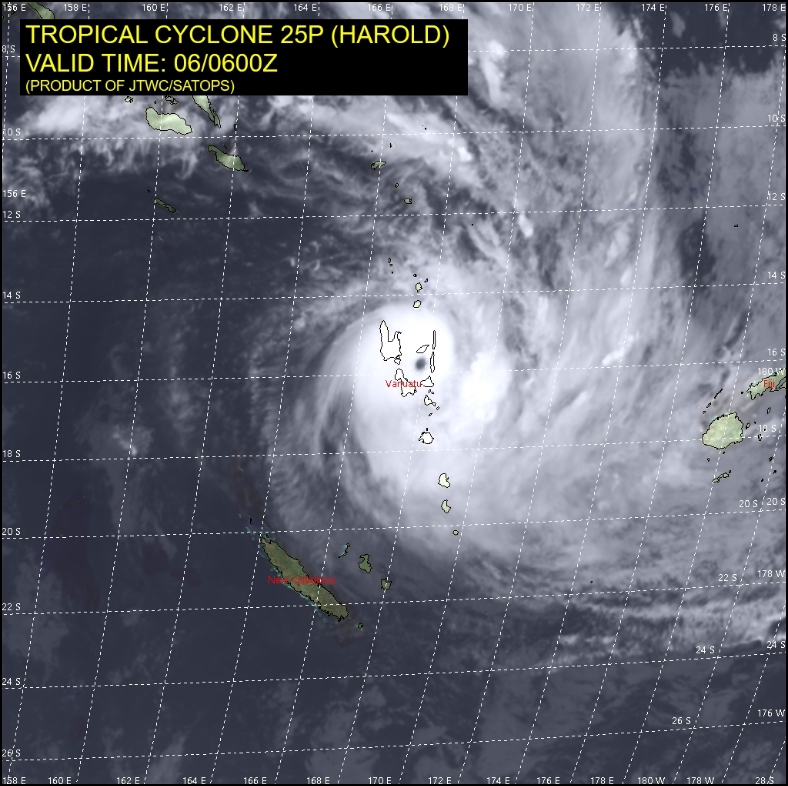 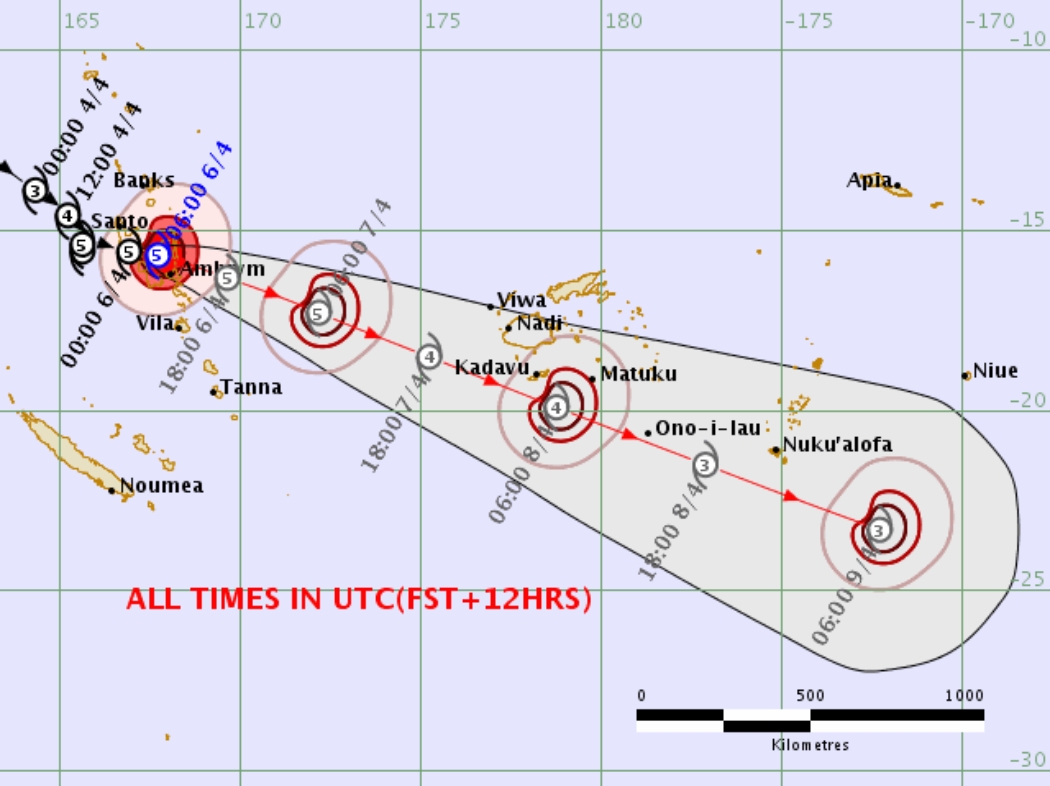 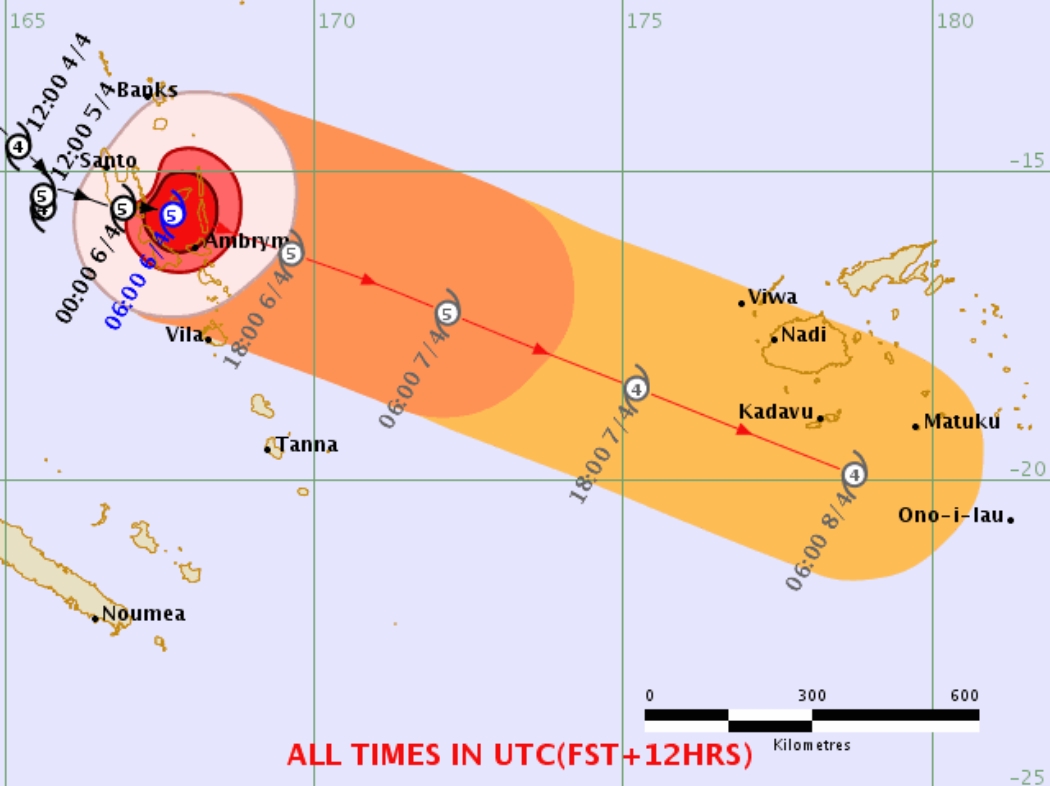 "Very rough to phenomenal seas with heavy to phenomenal swells are expected over northern and central open and coastal waters tonight as the system continues to move over the Central Islands of Vanuatu," VMGD added.

"High Seas wind warning and a Marine strong wind warning are current for all coastal and open waters of Vanuatu. People, including seagoing vessels, are strongly advised not to go out to sea within the affected area until the system has moved out of the area."

Harold is expected to continue moving southeast and pass close to Kandavu Island by April 8.

From exiting #EspirituSanto, to landfall on #Pentecost, Cyclone Harold underwent an absolute explosion in intensity. This storm is likely at Category 5 intensity above 160MPH.
A truly devastating impact. and it's still getting stronger. #CycloneHarold #Harold #Cyclone pic.twitter.com/rmaWoAmSVC

Tropical #CycloneHarold: category 5 with wind gusts over 275 km/h about to make landfall in Espiritu Santo, #Vanuatu.

Prior to the storm's landfall in Vanuatu, 28 people aboard a ferry went missing in the Solomon Islands due to rough seas. The police have retrieved seven bodies so far — the search operation continues for 21 others missing.