PHIVOLCS has raised the alert status of Kanlaon volcano, Negros island from Alert Level 0 (normal) to Alert Level 1 (abnormal) on March 11, 2020. The decision was made due to increased seismic activity and swelling. Alert Level 1 means that the volcano is at abnormal conditions and has entered a period of unrest. The last eruption of this volcano took place on December 9, 2017 (VEI 2).

The local government units and the public are strongly reminded that entry into the 4 km (2.5 miles) radius Permanent Danger Zone (PDZ) must be strictly prohibited due to the further possibilities of sudden and hazardous steam-driven or phreatic eruptions.

Since March 9, 2020, Kanlaon volcano seismic network recorded a total of 80 volcanic earthquakes dominated by 77 low frequency events that are associated with magmatic fluids beneath the edifice, PHIVOLCS reported in a bulletin released at 02:00 UTC on March 11 (10:00 LT).

The increased seismic activity could be succeeded by steam-driven or phreatic eruptions at the summit crater, despite the absence of visible degassing or steaming from the active vent this year.

"These parameters indicate that volcanic processes are underway deep beneath the edifice that may be caused by deep-seated degassing or hydrothermal activity of magmatic intrusion," PHIVOLCS said. 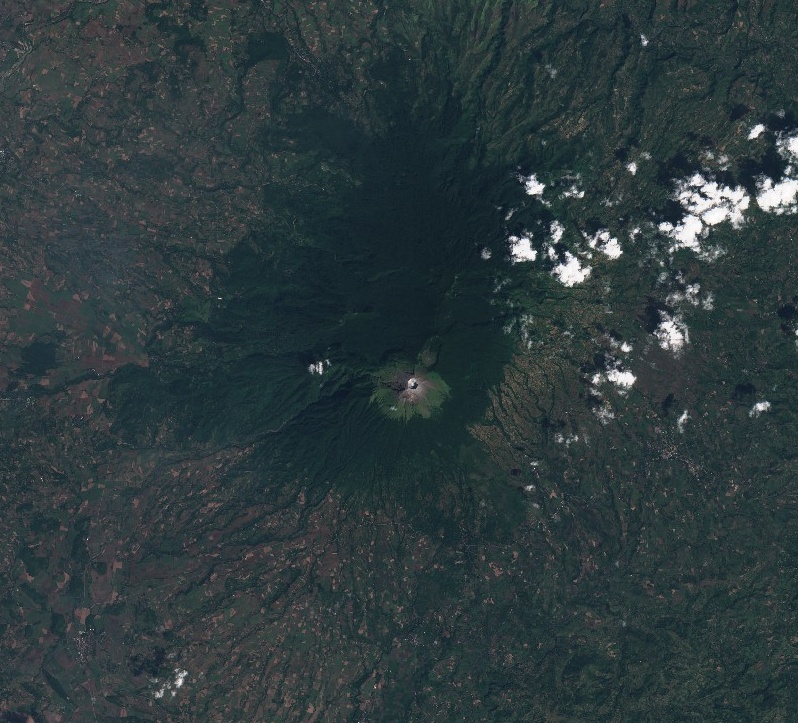 Kanlaon volcano (also spelled Canlaon), the most active of the central Philippines, forms the highest point on the island of Negros. The massive 2435-m-high (7 989 feet) andesitic stratovolcano is dotted with fissure-controlled pyroclastic cones and craters, many of which are filled by lakes.

The largest debris avalanche known in the Philippines traveled 33 km (20.5 miles) to the SW from Kanlaon. The summit of Kanlaon contains a 2-km-wide (1.2 miles), elongated northern caldera with a crater lake and a smaller, but higher, historically active vent, Lugud crater, to the south.

Historical eruptions from Kanlaon, recorded since 1866, have typically consisted of phreatic explosions of small-to-moderate size that produce minor ashfalls near the volcano. (GVP)