Widespread flooding due to prolonged heavy rain continues to impact parts of the UK and Ireland, leading to evacuations and prompting the Met Office to issue warnings and alerts on Friday, February 28, 2020. The conditions are expected to worsen as another storm is set to arrive on Saturday, February 29, bringing strong winds and heavy rain to western Europe over the weekend.

67 flood warnings are in force for much of the UK due to widespread inundations, while 121 alerts are in place. In England, residents were evacuated from East Cowick after the Aire river broke its banks, affecting about 160 homes.

Many homes and businesses were also devastated by Storm Dennis in Wales, with the weather bureau warning that deep floodwater may cause a danger to life and some communities may be cut off by swamped streets.

According to the UK government, flooding will persist on parts of the rivers Severn and Aire for the next five days, causing travel disruptions. Inundations are also possible in Wales until Saturday.

Elsewhere in portions of the north and southwest England, localized river and surface water flooding are probable until tomorrow, with some floodwaters possible in parts of the southeast.

In Ireland, the Shannon river overflowed, impacting several villages in the Clare county. The water levels of several other rivers also rose above their yearly maximum.

Defense forces in the country are on standby to assist people in areas affected by the severe weather.

Aside from flood, Met Office meteorologist Luke Miall warned much of the UK to brace for snow in some areas on Friday.

"Wales over the hills, then for northern England and also parts of Scotland, we could see some fairly heavy snow over the higher ground," he said.

An upcoming storm is expected to worsen the conditions in areas that are still inundated in the UK.

Named Jorge by the AEMET, the storm will track across the northwest UK over the weekend, bringing another bout of powerful winds and heavy rain and affecting western Europe.

#StormJorge (named by AEMET, the Spanish meteorological service) is the latest in a series of Atlantic storms this month & is due to affect Ireland from early Sat. Rain will extend countrywide from the W tonight, before the storm arrives.

#StormJorge will bring yet another weekend of very unsettled weather to the UK – all the details are here  pic.twitter.com/jZFS9RG3vu

Northwestern Spain is expected to be hit by strong winds on Saturday, prompting AEMET to issue orange wind warnings.

Furthermore, wind gusts of up to 113 km/h (70 mph) are possible in coastal areas, with the strongest and most damaging winds to hit Ireland. 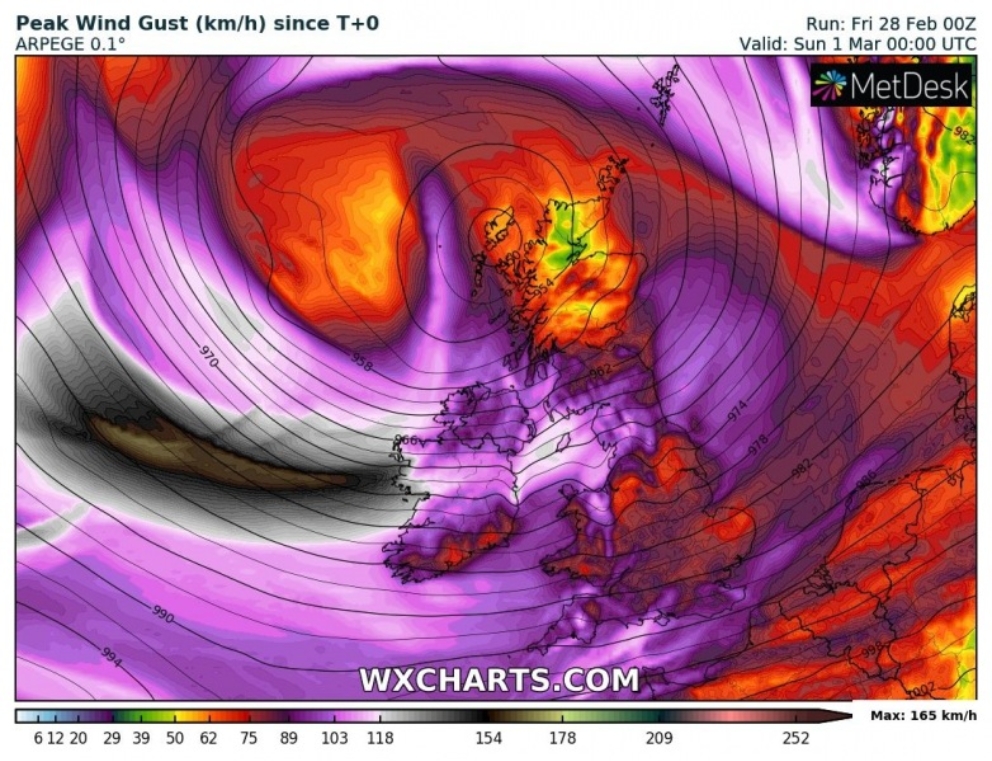