"The storm strengthened at a fast enough pace into Thursday to be classified as a bomb cyclone. For a storm to meet bomb cyclone criteria, the barometric pressure has to fall at least 24 millibars, or 0.71 of an inch of Mercury, in 24 hours," AccuWeather meteorologist Alex Sosnowski noted.

Providence, Rhode Island, set a new monthly record reaching 976.3 hPa at 03:54 LT. Thursday. Preliminary October records were also set in Boston and Concord, New Hampshire. Boston reached 975.3 hPa, surpassing the previous record of 982.4 hPa, while in Concord, the pressure dipped to 973.1 hPa, breaking the old record of 980.4 hPa. The National Weather Service will ultimately determine the validity of these records.

Since winds on the front side of the storm were from the east or southeast, instead of the northeast for New England, the system is not being considered as a true nor'easter, Sosnowski said. 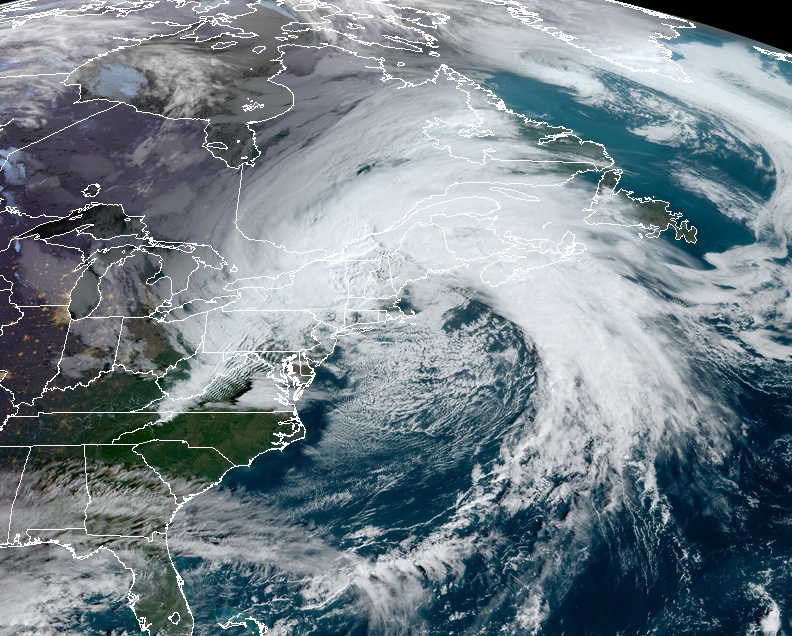 Trees and powerlines were downed mostly in southeast New England, where wind gusts of 145 km/h (90 mph) were recorded, as well as in 6 other states.

The storm will continue to bring heavy rainfall, gusty winds, and coastal erosion to parts of New England through Thursday before lifting quickly into eastern Canada by Friday, October 18, NWS said. Rain and possible higher elevation snow showers may linger into Friday for portions of interior New England.

Behind this system, temperatures should be rather cool for October standards, with daytime highs as much as 10 to 20 degrees below normal for much of the Appalachians into the Northeast.

Below normal temperatures also extend southward towards the Gulf Coast as well.