Attempts to understand the reason behind the intense volcano-seismic crisis affecting Mayotte since May 2018 have finally resulted in a solid answer – the discovery of newly forming underwater volcano.

The volcano is located 50 km (31 miles) east of the Petite-Terre island at a depth of 3 500 m (11 482 feet), BGRM, the France-based geological agency serving the territory said.

Volcanic fluids have been detected at a height of about 2 km (1.2 miles) above the volcano.

The gas emanations reported along the Petite-Terre coastline are a common sign encountered in this type of volcanic activity and will be the subject of specific studies. 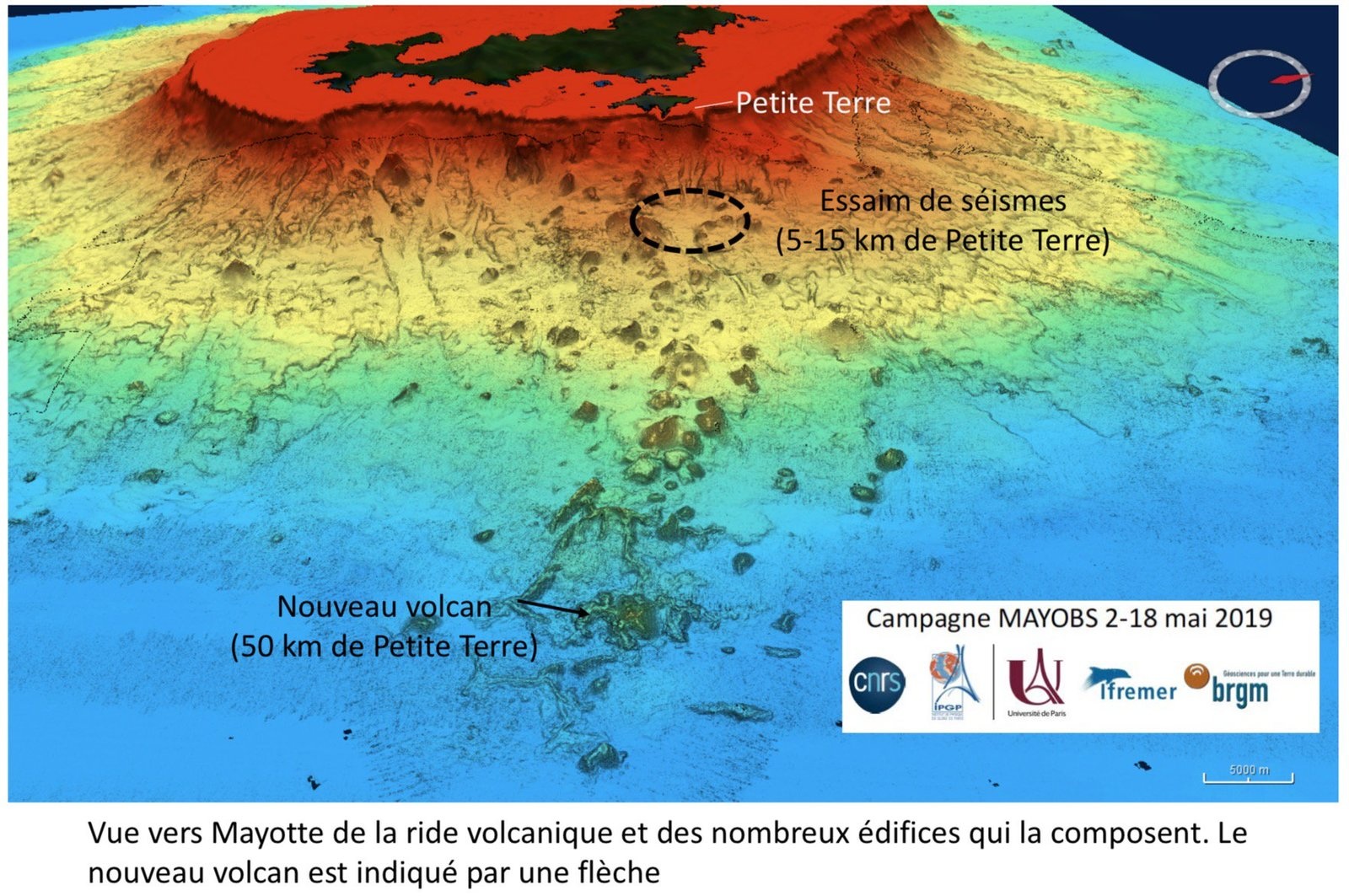 The discovery provides a better understanding of intense earthquake swarm shaking the region since May 2018, BRGM said, adding that the government and the scientific community is fully mobilized to continue analyzing this exceptional geological phenomenon

Authorities said their next order of business is to evaluate seismic, volcanic and tsunami risks and place appropriate anticipation measures.

This region is experiencing intense earthquake swarm since May 2018.

This abnormal earthquake swarm continued for the next two months, creating anxiety and stress among locals and forcing authorities to open up a psychological support unit on June 12.

While there have been no serious injuries or fatalities, locals reported minor damage to buildings, including a school in Dembeni. In addition, at least 10 families have been evacuated from damaged homes and temporarily relocated.

Mayotte’s firefighters are conducting drills designed to simulate rescuing people trapped by a landslide, and emergency experts are teaching island residents to check their homes and businesses for cracked walls or other signs of stress, Africa Times reported June 30, 2018.

One resident told the paper he left his home because of meters-long cracks in the walls, along with his 80-year-old mother who had become agitated by the hundreds and hundreds of quakes that are strong enough to be felt. Many people slept in the streets when the swarm began, unsure if the shaking would become worse and potentially collapse their homes and trap them inside.

Others began to have anxiety attacks, with each quake followed by dozens of calls to Mayotte’s regional health authorities.

The head of Pamandzi College said in a television interview that some teachers are on sick leave because they do not sleep at night. Other teachers do not plan to return to Mayotte after the school holidays if the seismic activity continues, he said.

An atypical very low frequency signal originating near the island of Mayotte was detected by international networks around the world just before 09:30 UTC on November 11, 2018. The signal repeated in a wave about every 17 seconds, lasting for about 20 minutes in total. Signals of this type are characteristic of volcanic phenomena, BRGM scientists say.

"The appearance of this earthquake swarm in May 2018 took scientists by surprise. Geological knowledge of the swarm zone is limited, but a clearer understanding of the phenomenon is emerging as observations continue. Different hypotheses as to their causes have been investigated."

In addition to the seismic measurements used to track how this swarm is evolving, new data were analyzed in October and November 2018, especially those on the deformation of the island's surface (GPS measurements by the IGN). The team working at the Geology Laboratory of the Ecole Normale Supérieure in Paris has shown that the current phase in the swarm is accounted for by a volcanic component.

Since mid-July [to November 2018], GPS stations on the island have tracked it sliding more than 61 mm (2.4 inches) to the east and 30 mm (1.2 inches) to the south, according to data provided by the Institut National de L’information Géographique et Forestière.

Using these measurements, Pierre Briole of the Ecole Normale Supérieure in Paris estimated that a magma body that measures about 1.4 km3 (0.3 mi3) is squishing its way through the subsurface near Mayotte.

The last known volcanic eruption in this area took place in 2050 BCE ± 500 years.

Mayotte Island in the Mozambique Channel between the northern tip of Madagascar and the eastern coast of Africa consists of two volcanoes with diverse geochemistry that were active from the Pliocene to the Holocene.