Abnormal earthquake swarm near the volcanic island of Mayotte in the Comoros Basin (Mozambique Channel) continues for nearly two months, creating anxiety and stress among locals.

The quakes are all occurring in the same spot, about 50 km (31 miles) to the east of the island. The largest so far was M5.8 on May 15. This quake was also the largest ever recorded in the archipelago. 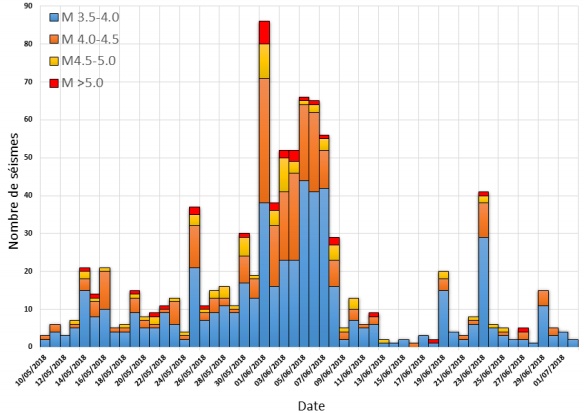 There have been no serious injury or fatality but locals have reported minor damage to buildings, including a school in Dembeni. In addition, at least 10 families have been evacuated from damaged homes and temporarily relocated, according to Africa Times.

The constant shaking has created anxiety and uncertainty for some of the 250 000 people living in Mayotte as well as visitors to the tourism hotspot, forcing authorities to open up a psychological support services unit on June 12. 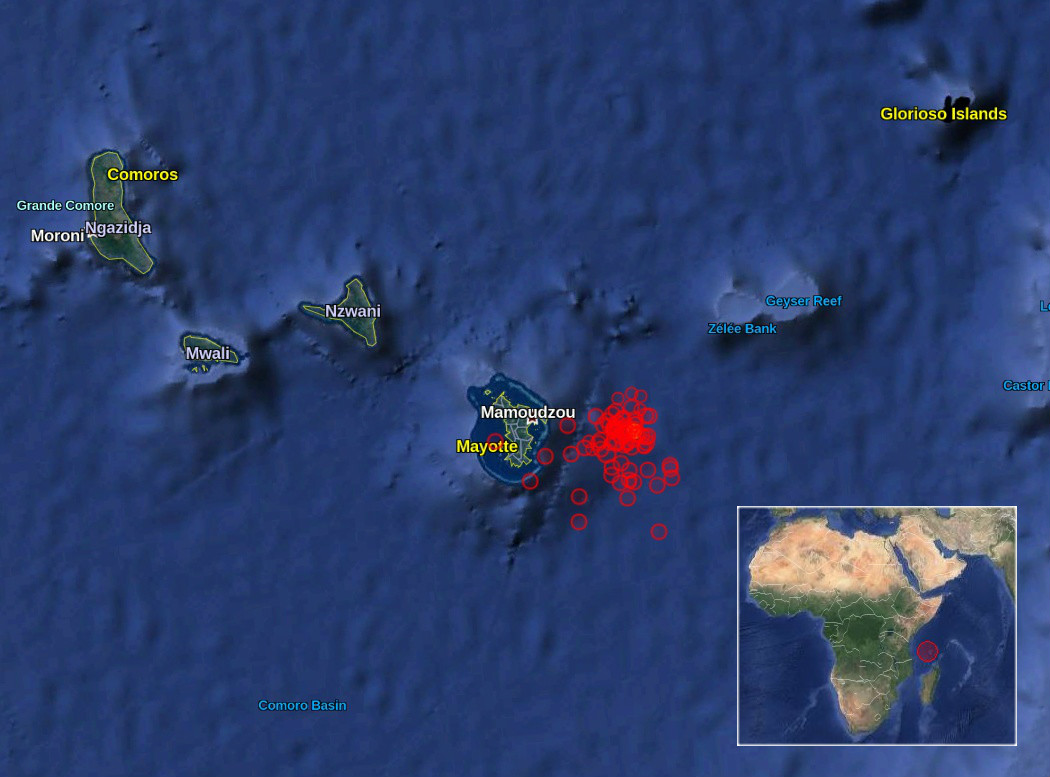 According to Africa Times, Mayotte’s firefighters are conducting drills designed to simulate rescuing people trapped by a landslide, and emergency experts are teaching island residents to check their homes and businesses for cracked walls or other signs of stress.

One resident told the paper he left his home because of meters-long cracks in the walls, along with his 80-year-old mother who had become agitated by the hundreds and hundreds of quakes that are big enough to feel. Many people slept in the streets during first days in May, unsure if the shaking would become worse and potentially collapse their homes and trap them inside.

Others began to have anxiety attacks, with each quake followed by dozens of calls to Mayotte’s regional health authorities.

The head of Pamandzi College said in a television interview that some teachers are on sick leave because they do not sleep at night. Other teachers do not plan to return to Mayotte after the school holidays if the seismic activity continues, he said.

"Earthquakes in this swarm are of the same order of magnitude as those of 1981 and December 1985," BRGM said when the swarm started. "They are part of a known and moderate seismicity in the Mozambique Channel, as can be seen in the figure below:"

The archipelago of Comoros presents, along its 500 km (310 miles), a diffuse seismicity which probably has a double volcanic and tectonic origin.

The seismotectonic zones with notable seismicity around Mayotte are: the East African Rift, the Davie Ridge, the Mozambique Basin, the Madagascar Block and the Comoros Archipelago.

The earthquakes of the Comoros probably have a double origin which translates:

The oceanic crust of the Comoros basin supports the four volcanic islands of Grande Comore, Mohéli, Anjouan and Mayotte. Mayotte is the oldest volcanic island.

Today, volcanic activity is restricted to the Karthala volcano at Grande Comore. The opening of the East African rift continues at sea using the fault system of the Davie Ridge and seems to progress towards the southeast, ie. towards the Comoros and Madagascar. It is likely that this phenomenon will bring back the old faults of these two sectors, and in particular the sub-meridian faults parallel to the East African Rift and the Davie Ridge.